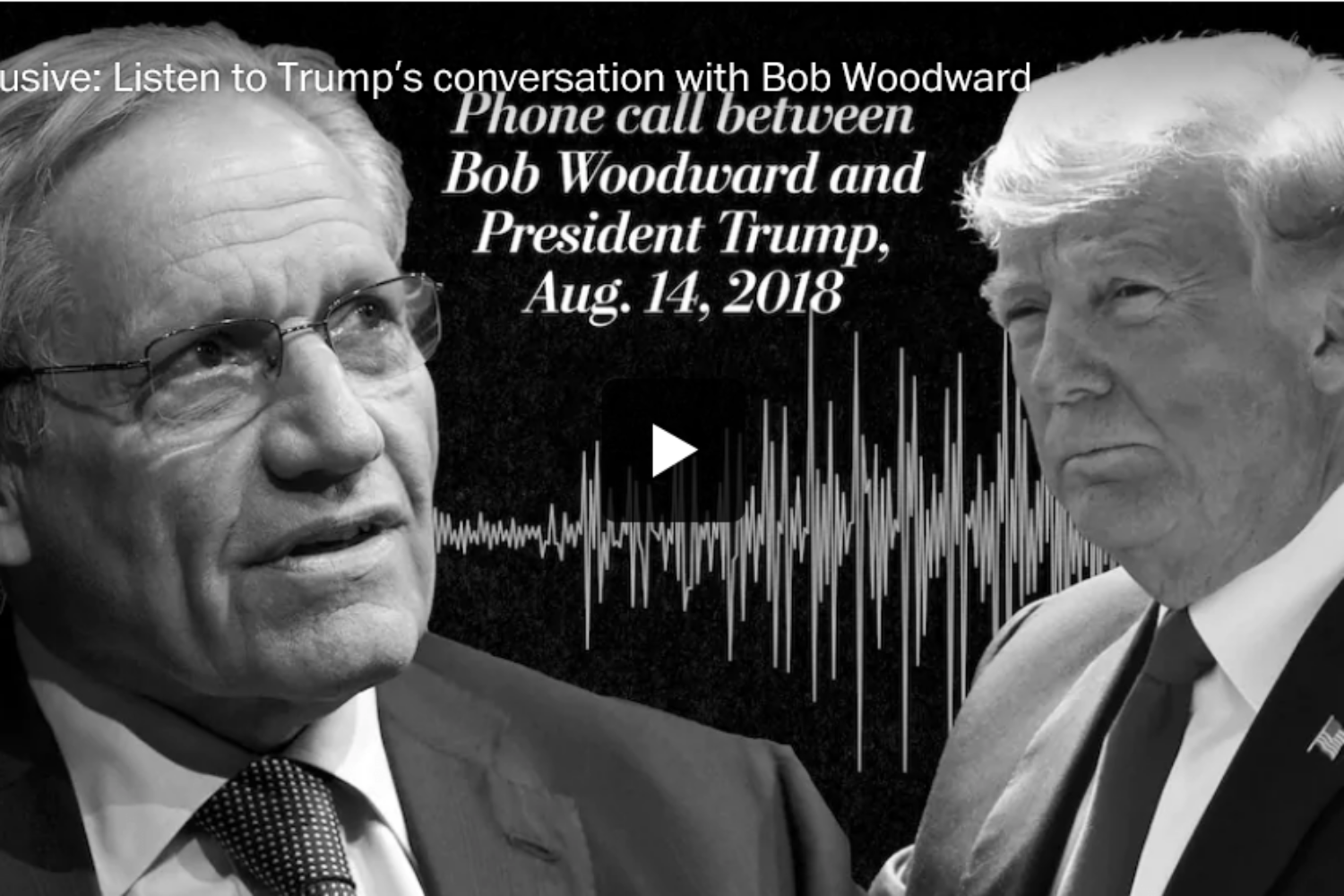 By Philip Rucker and Robert Costa

WN: The sooner madman Trump is off the world stage, the safer the rest of the world will be. Though, as mentioned numerous times, an acquaintance (and millions of other devotees) will dub the new book by Bob Woodward “fake news” and discount the entire content. The book, Fear: Trump in the White House, is discussed in the highlighted article.1 Nothing can be done in response to such impossible obtuseness, except throw up one’s hands in utter amazement and consternation…

John Dowd was convinced that President Trump would commit perjury if he talked to special counsel Robert S. Mueller III. So, on Jan. 27, the president’s then-personal attorney staged a practice session to try to make his point.

In the White House residence, Dowd peppered Trump with questions about the Russia investigation, provoking stumbles, contradictions and lies until the president eventually lost his cool.

“This thing’s a goddamn hoax,” Trump erupted at the start of a 30-minute rant that finished with him saying, “I don’t really want to testify.”

The dramatic and previously untold scene is recounted in “Fear,” a forthcoming book by Bob Woodward that paints a harrowing portrait of the Trump presidency, based on in-depth interviews with administration officials and other principals.

A central theme of the book is the stealthy machinations used by those in Trump’s inner sanctum to try to control his impulses and prevent disasters, both for the president personally and for the nation he was elected to lead.

Woodward describes “an administrative coup d’etat” and a “nervous breakdown” of the executive branch, with senior aides conspiring to pluck official papers from the president’s desk so he couldn’t see or sign them.

Again and again, Woodward recounts at length how Trump’s national security team was shaken by his lack of curiosity and knowledge about world affairs and his contempt for the mainstream perspectives of military and intelligence leaders.

With Trump’s rage and defiance impossible to contain, Cabinet members and other senior officials learned to act discreetly. Woodward describes an alliance among Trump’s traditionalists — including Mattis and Gary Cohn, the president’s former top economic adviser — to stymie what they considered dangerous acts.

“It felt like we were walking along the edge of the cliff perpetually,” Porter is quoted as saying. “Other times, we would fall over the edge, and an action would be taken.”

Such moments of panic are a routine feature, but not the thrust of Woodward’s book, which mostly focuses on substantive decisions and internal disagreements, including tensions with North Korea as well as the future of U.S. policy in Afghanistan.

Woodward recounts repeated episodes of anxiety inside the government over Trump’s handling of the North Korean nuclear threat. One month into his presidency, Trump asked Dunford for a plan for a preemptive military strike on North Korea, which rattled the combat veteran.

Dowd then explained to Mueller and Quarles why he was trying to keep the president from testifying: “I’m not going to sit there and let him look like an idiot. And you publish that transcript, because everything leaks in Washington, and the guys overseas are going to say, ‘I told you he was an idiot. I told you he was a goddamn dumbbell. What are we dealing with this idiot for?’ ”

“John, I understand,” Mueller replied, according to Woodward.

Later that month, Dowd told Trump: “Don’t testify. It’s either that or an orange jumpsuit.”

But Trump, concerned about the optics of a president refusing to testify and convinced that he could handle Mueller’s questions, had by then decided otherwise.

“I’ll be a real good witness,” Trump told Dowd, according to Woodward.

“You are not a good witness,” Dowd replied. “Mr. President, I’m afraid I just can’t help you.”

The next morning, Dowd resigned.

Please click on: Fear: Trump in the White House