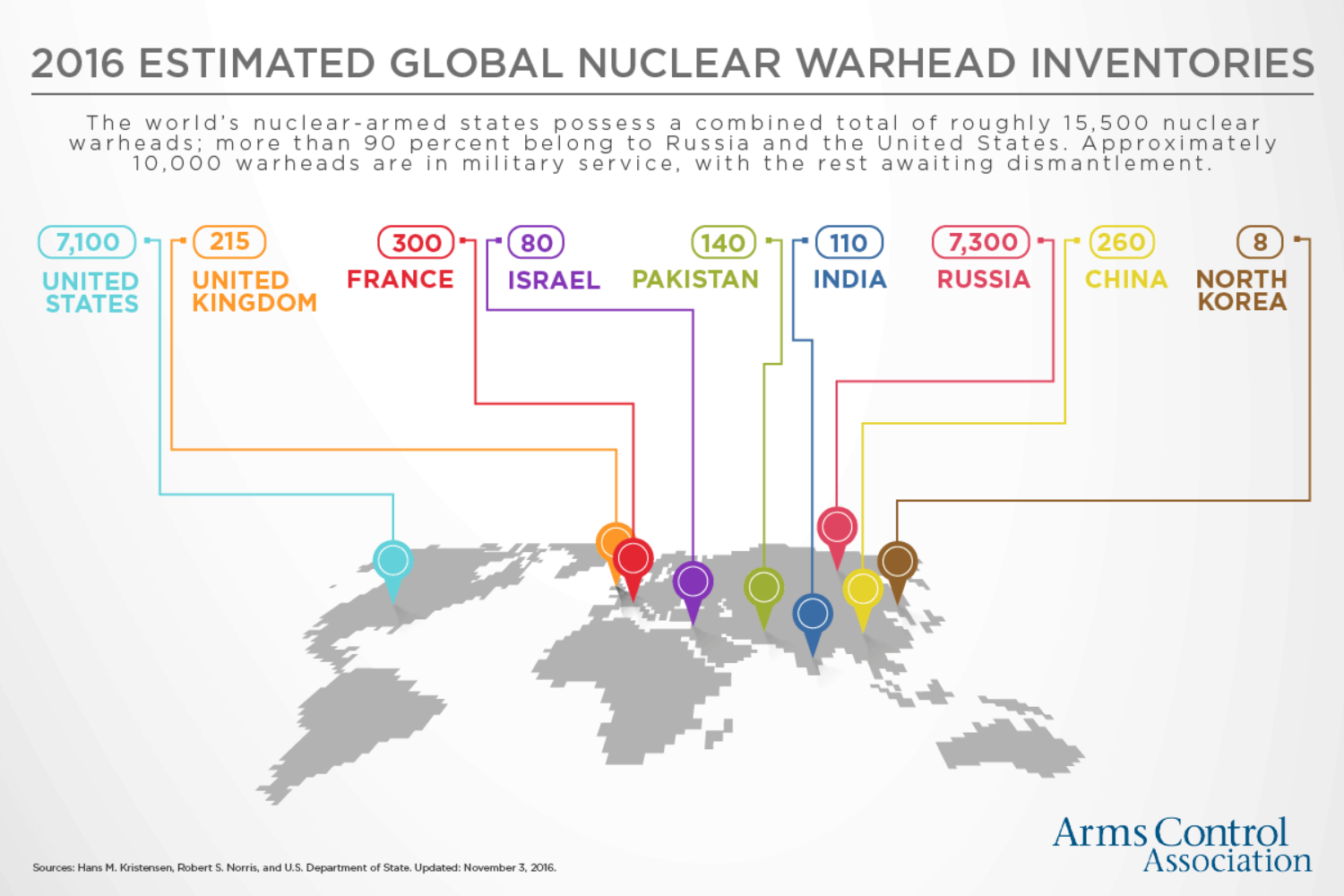 WN: President Obama meanwhile, has committed $1 trillion over 30 years to rebuild the US nuclear arsenal. So much for the Nobel Prize winning President! Quite a legacy… What an obscene tragedy! See schematic of where nuclear weapons are held in Europe alone.

At the dawn of the nuclear age, the United States hoped to maintain a monopoly on its new weapon, but the secrets and the technology for making nuclear weapons soon spread. The United States conducted its first nuclear test explosion in July 1945 and dropped two atomic bombs on the cities of Hiroshima and Nagasaki in August 1945. Just four years later, the Soviet Union conducted its first nuclear test explosion. The United Kingdom (1952), France (1960), and China (1964) followed. Seeking to prevent the nuclear weapon ranks from expanding further, the United States and other like-minded states negotiated the nuclear Nonproliferation Treaty (NPT) in 1968 and the Comprehensive Nuclear Test Ban Treaty (CTBT) in 1996.

India, Israel, and Pakistan never signed the NPT and possess nuclear arsenals. Iraq initiated a secret nuclear program under Saddam Hussein before the 1991 Persian Gulf War. North Korea announced its withdrawal from the NPT in January 2003 and has tested nuclear devices since that time. Iran and Libya have pursued secret nuclear activities in violation of the treaty’s terms, and Syria is suspected of having done the same. Still, nuclear nonproliferation successes outnumber failures and dire forecasts decades ago that the world would be home to dozens of states armed with nuclear weapons have not come to pass.