Platform – The Movement for Black Lives 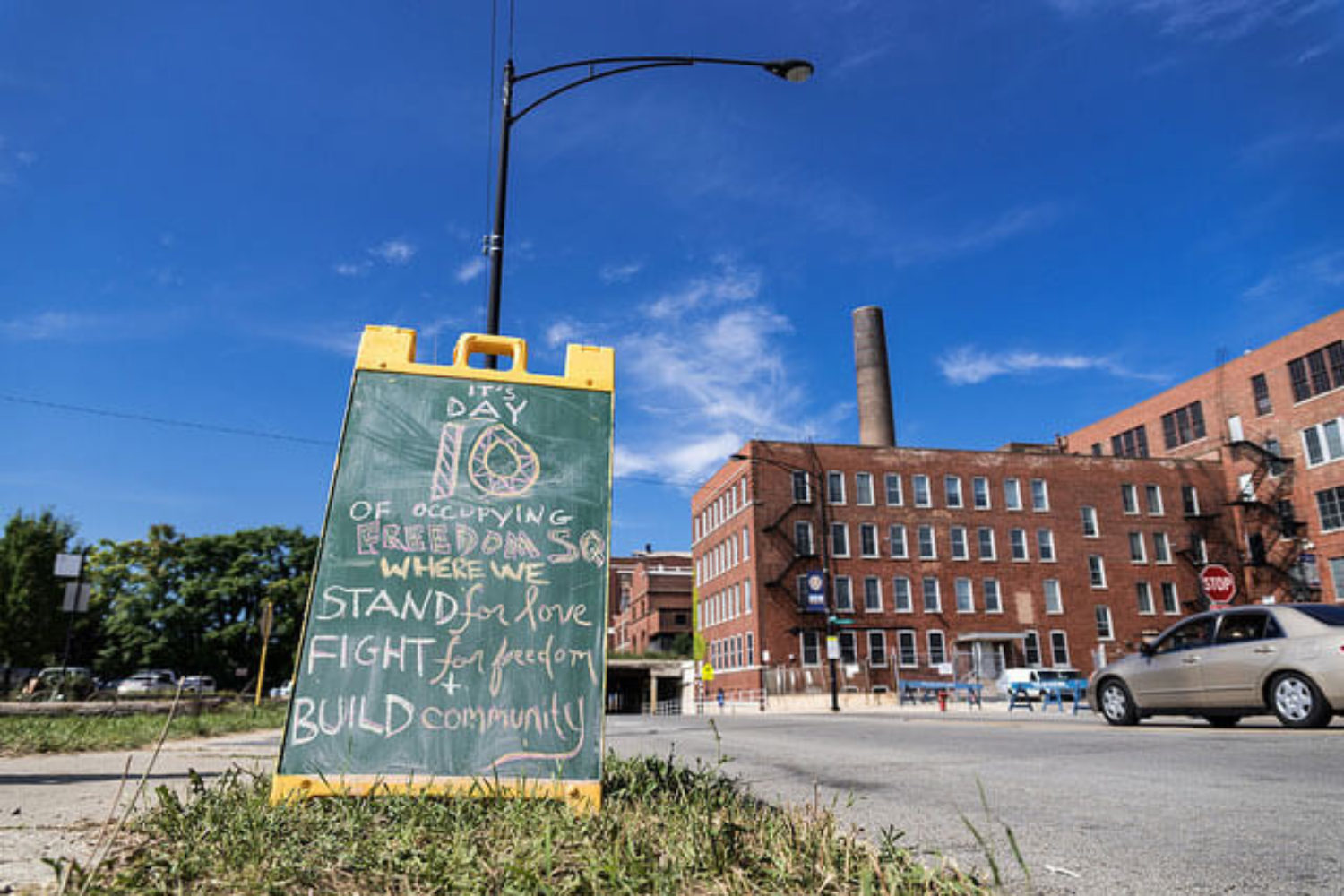 photo above (from this article): A sign marking the number of days activists have occupied Freedom Square, an encampment across the street from the Chicago Police Departments’s “black site” of Homan Square. (Photo: Sarah Ji)

Click on each of the six categories below “DEMANDS” to read the much fuller statements.

We believe in elevating the experiences and leadership of the most marginalized Black people, including but not limited to those who are women, queer, trans, femmes, gender nonconforming, Muslim, formerly and currently incarcerated, cash poor and working class, differently-abled, undocumented, and immigrant. We are intentional about amplifying the particular experience of state and gendered violence that Black queer, trans, gender nonconforming, women and intersex people face. There can be no liberation for all Black people if we do not center and fight for those who have been marginalized. It is our hope that by working together to create and amplify a shared agenda, we can continue to move towards a world in which the full humanity and dignity of all people is recognized.

While this platform is focused on domestic policies, we know that patriarchy, exploitative capitalism, militarism, and white supremacy know no borders. We stand in solidarity with our international family against the ravages of global capitalism and anti-Black racism, human-made climate change, war, and exploitation. We also stand with descendants of African people all over the world in an ongoing call and struggle for reparations for the historic and continuing harms of colonialism and slavery. We also recognize and honor the rights and struggle of our Indigenous family for land and self-determination.

We have created this platform to articulate and support the ambitions and work of Black people. We also seek to intervene in the current political climate and assert a clear vision, particularly for those who claim to be our allies, of the world we want them to help us create. We reject false solutions and believe we can achieve a complete transformation of the current systems, which place profit over people and make it impossible for many of us to breathe.