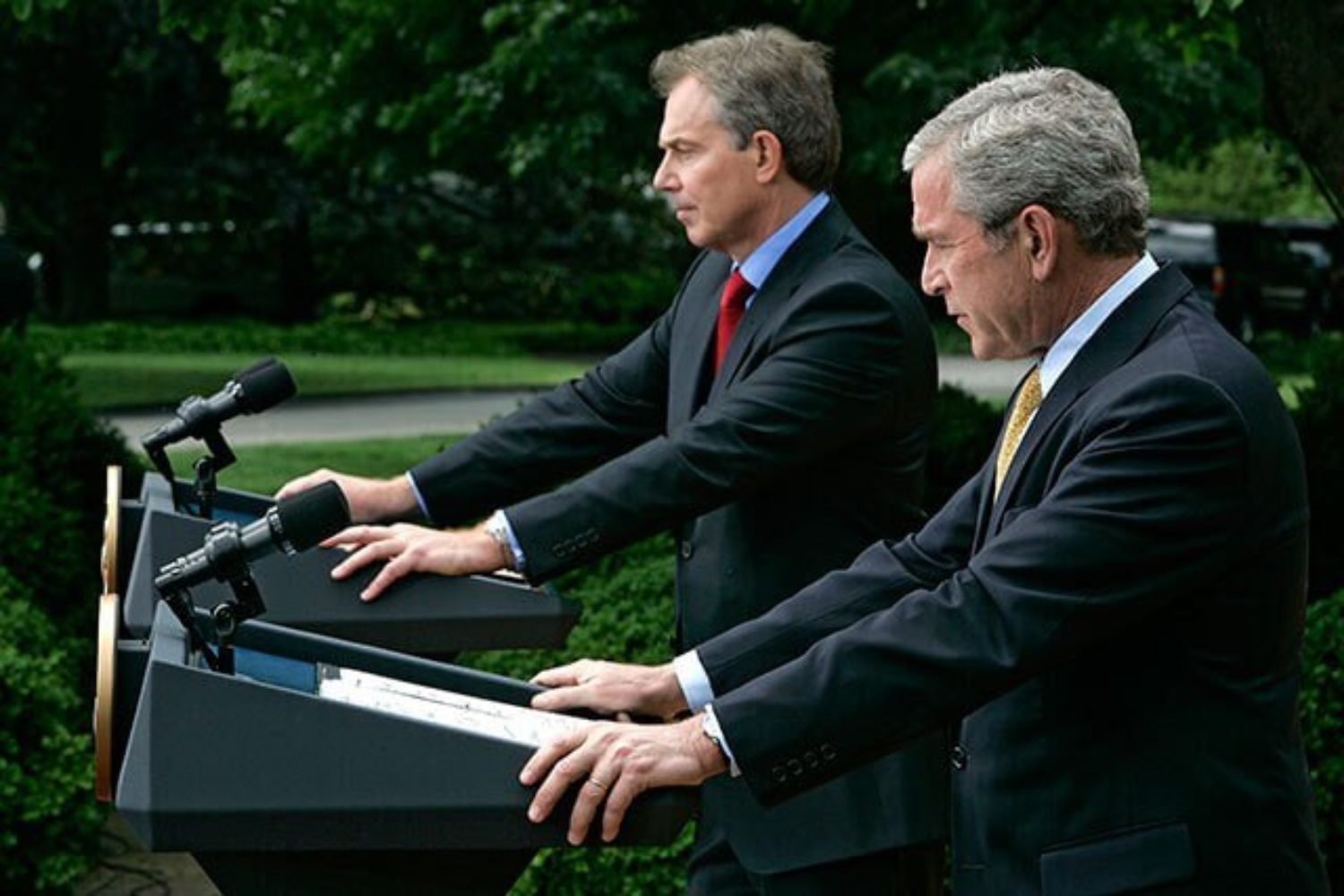 Listen to this article
Sunday, 10 July 2016 00:00 By Calvin F. Exoo, Truthout | Op-Ed
photo above:
US President George W. Bush and UK Prime Minister Tony Blair during a news conference from the Rose Garden at the White House in Washington, May 17, 2007. (Photo: Doug Mills / The New York Times)

The newly released Chilcot Report on Iraq is British understatement, to a fault. In fact, it is understated so far as to miss the plain truth of the matter. Saying only that extremely questionable intelligence “was not challenged [by the Bush and Blair regimes] and it should have been” is failing to say plainly what the evidence so clearly shows: George W. Bush lied; so did Tony Blair.

To demonstrate that, let’s try a simple exercise: let’s compare what White House officials said about Iraq in the run-up to war with what they knew at the time — or at the very least, should have known, because the intelligence was available to them.

What they said: “We now know that Saddam has resumed his efforts to acquire nuclear weapons. Among other sources, we’ve gotten this from the testimony of defectors — including Saddam’s own son-in law” (in the words of Dick Cheney).

What they knew: Testimony obtained by reporters in 2003 showed that Saddam’s son-in law told UN weapons inspectors that “all weapons — biological, chemical, missile, nuclear — were destroyed.” In other words, he said the opposite of what Cheney claimed he said…