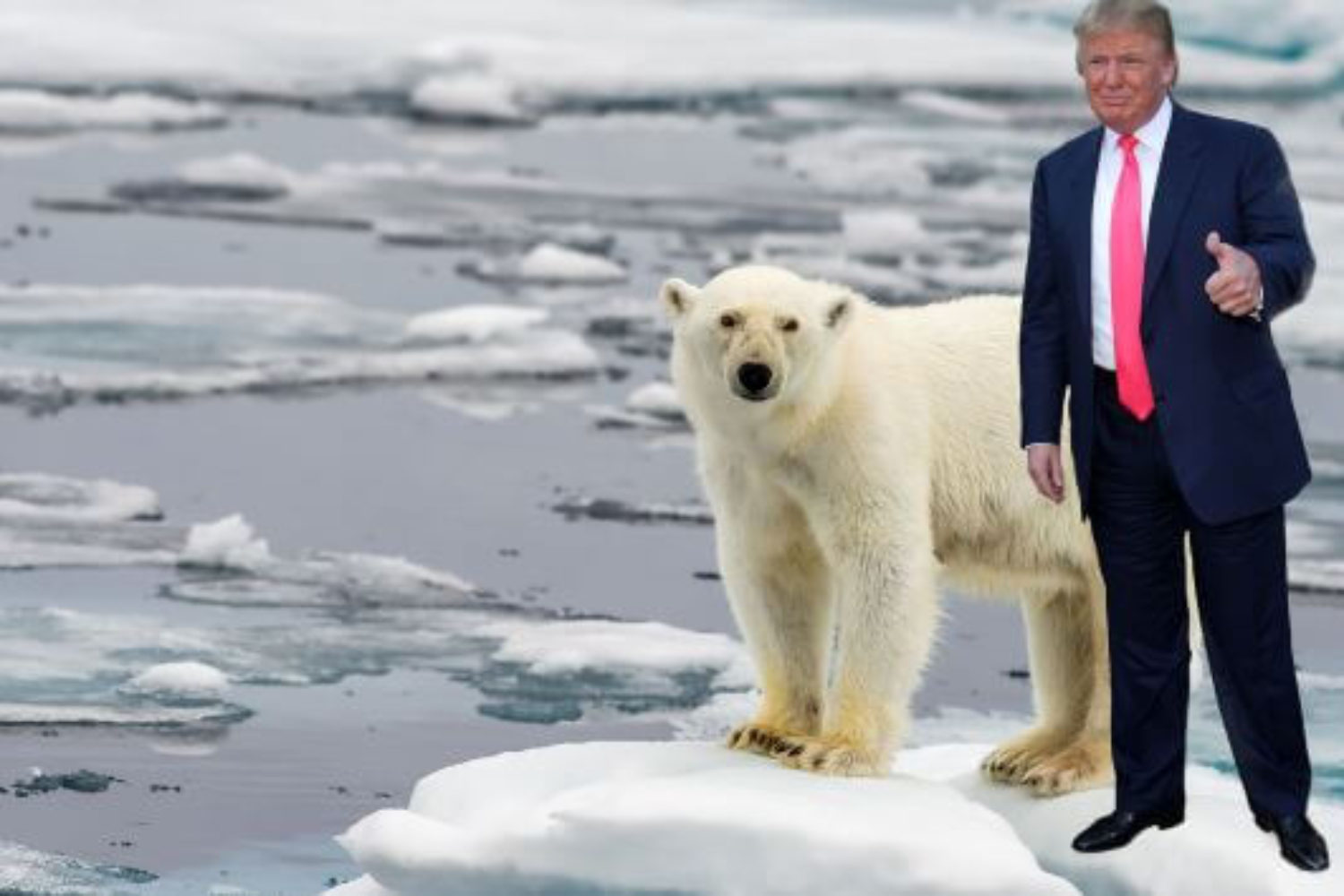 He may deny global warming, but it’s still threatening to swamp his properties.

Scientists have long expected sea level rise on the southeast Florida coast to occur faster than the global average, advancing rapidly on barrier islands and beaches.

The low-lying coastal areas are exposed to an additional threat of inland flooding, from the intracoastal waterways, and contamination of fresh water supply by high tides and storm surges.

But the pace of sea level rise has accelerated over the last decade because of the collapse of ice cover in Greenland and Antarctica, and because of the weakening of ocean currents such as the Gulf Stream. Nowhere is this as evident as in South Florida.

Since 2006, the average rate of sea-level rise in South Florida has increased to 9 millimeters a year from 3 millimeters a year, for a total rise over the decade of about 90 millimeters, or about 3.5 inches, according to Shimon Wdowinski, a research scientist at the University of Miami.

As a result, flooding in Miami Beach and other low-lying areas has doubled over the last decade, Wdowinski found, using tide gauges, rain records, insurance claims and other data to construct the flood record. “People should be aware of where they want to invest for their properties,” he said. “I think for the next 20 years it will be OK, but I don’t know if it will be in 50 or 80 years. That’s a different story.”

Other sections of the low-lying south Florida coast are just as vulnerable. In 2012, Hurricane Sandy barely grazed Florida, reserving its fury for New York and New Jersey.

But a subsequent storm unleashed huge waves that uprooted traffic lights and street signs, and caused the collapse of a 1.5-mile stretch of the A1A coastal artery in the center of Fort Lauderdale.

“When the road collapsed, that was basically a huge wake-up call,” said Jason Liechty, environmental projects coordinator for Broward County. “Sometimes when you talk about climate change and sea-level rise it seems very abstract, but if you see big chunks of concrete just sticking up out of the road, it becomes very real.

“It took $20 million and 40,000 truckloads of imported sand so far to raise the mile-long section of road by 2 feet, sink in metal sheets 40 feet down, and rebuild sand dunes to provide buffers from future storms—and the repairs are still under way four years later.

“So let’s do the math here: You are talking about several hundred million dollars if the whole coast line is affected, and that’s a lot of money,” Liechty said.

A number of towns in South Florida are already beginning to make the investment, calculating that it would be cheaper to put in defenses against rising seas now than wait for a catastrophe.