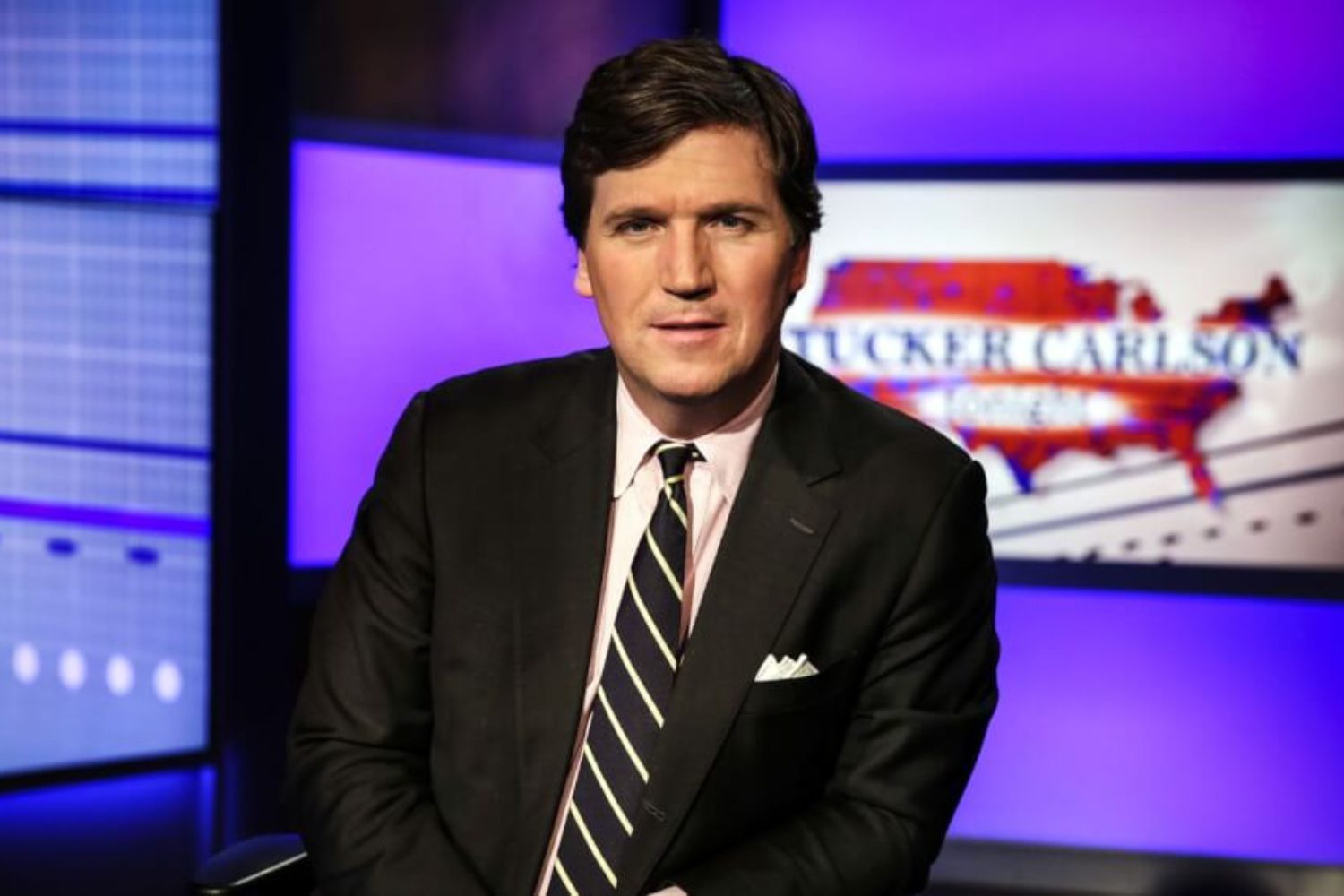 Tucker Carlson has sparked the most interesting debate in conservative politics

“All I’m saying is don’t act like the way things are is somehow ordained by God.”

WN: My response is “Wow!” This kind of reflection from the right, even if oriented towards whites, is very encouraging. It restores some faith that some on the right have a conscience after all…

The monologue and its sweeping anti-elitism drove a wedge between conservative writers. The American Conservative’s Rod Dreher wrote of Carlson’s monologue, “A man or woman who can talk like that with conviction could become president. Voting for a conservative candidate like that would be the first affirmative vote I’ve ever cast for president.” Other conservative commentators scoffed. Ben Shapiro wrote in National Review that Carlson’s monologue sounded far more like Sens. Bernie Sanders or Elizabeth Warren than, say, Ronald Reagan.

I spoke with Carlson by phone this week to discuss his monologue and its economic — and cultural — meaning. He agreed that his monologue was reminiscent of Warren, referencing her 2003 book The Two-Income Trap: Why Middle-Class Parents Are Growing Broke. “There were parts of the book that I disagree with, of course,” he told me. “But there are parts of it that are really important and true. And nobody wanted to have that conversation.”

Carlson wanted to be clear: He’s just asking questions. “I’m not an economic adviser or a politician. I’m not a think tank fellow. I’m just a talk show host,” he said, telling me that all he wants is to ask “the basic questions you would ask about any policy.” But he wants to ask those questions about what he calls the “religious faith” of market capitalism, one he believes elites — “mercenaries who feel no long-term obligation to the people they rule” — have put ahead of “normal people.”

But whether or not he likes it, Carlson is an important voice in conservative politics. His show is among the most-watched television programs in America. And his raising questions about market capitalism and the free market matters.

“What does [free market capitalism] get us?” he said in our call. “What kind of country do you want to live in? If you put these policies into effect, what will you have in 10 years?”

Populism on the right is gaining, again

Carlson is hardly the first right-leaning figure to make a pitch for populism, even tangentially, in the third year of Donald Trump, whose populist-lite presidential candidacy and presidency Carlson told me he views as “the smoke alarm … telling you the building is on fire, and unless you figure out how to put the flames out, it will consume it.”

Populism is a rhetorical approach that separates “the people” from elites. In the words of Cas Mudde, a professor at the University of Georgia, it divides the country into “two homogenous and antagonistic groups: the pure people on the one end and the corrupt elite on the other.” Populist rhetoric has a long history in American, serving as the focal point of numerous presidential campaigns and powering William Jennings Bryan to the Democratic nomination for president in 1896. Trump borrowed some of that approach for his 2016 campaign but in office has governed as a fairly orthodox economic conservative, thus demonstrating the demand for populism on the right without really providing the supply and creating conditions for further ferment.

When right-leaning pundit Ann Coulter spoke with Breitbart Radio about Trump’s Tuesday evening Oval Office address to the nation regarding border wall funding, she said she wanted to hear him say something like, “You know, you say a lot of wild things on the campaign trail. I’m speaking to big rallies. But I want to talk to America about a serious problem that is affecting the least among us, the working-class blue-collar workers”:

Coulter urged Trump to bring up overdose deaths from heroin in order to speak to the “working class” and to blame the fact that working-class wages have stalled, if not fallen, in the last 20 years on immigration. She encouraged Trump to declare, “This is a national emergency for the people who don’t have lobbyists in Washington.”

Ocasio-Cortez wants a 70-80% income tax on the rich. I agree! Start with the Koch Bros. — and also make it WEALTH tax.

But Carlson’s brand of populism, and the populist sentiments sweeping the American right, aren’t just focused on the current state of income inequality in America. Carlson tackled a bigger idea: that market capitalism and the “elites” whom he argues are its major drivers aren’t working. The free market isn’t working for families, or individuals, or kids. In his monologue, Carlson railed against libertarian economics and even payday loans, saying, “If you care about America, you ought to oppose the exploitation of Americans, whether it’s happening in the inner city or on Wall Street” — sounding very much like Sanders or Warren on the left.

Carlson’s argument that “market capitalism is not a religion” is of course old hat on the left, but it’s also been bubbling on the right for years now. When National Review writer Kevin Williamson wrote a 2016 op-ed about how rural whites “failed themselves,” he faced a massive backlash in the Trumpier quarters of the right. And these sentiments are becoming increasingly potent at a time when Americans can see both a booming stock market and perhaps their own family members struggling to get by.

Capitalism/liberalism destroys the extended family by requiring people to move apart for work and destroying any sense of unchosen obligations one might have towards one’s kin.

At the Federalist, writer Kirk Jing wrote of Carlson’s monologue, and a response to it by National Review columnist David French:

Our society is less French’s America, the idea, and more Frantz Fanon’s “Wretched of the Earth” (involving a very different French). The lowest are stripped of even social dignity and deemed unworthy of life. In Real America, wages are stagnant, life expectancy is crashing, people are fleeing the workforce, families are crumbling, and trust in the institutions on top are at all-time lows. To French, holding any leaders of those institutions responsible for their errors is “victimhood populism” … The Right must do better if it seeks to govern a real America that exists outside of its fantasies.

J.D. Vance, author of Hillbilly Elegy, wrote that the economy’s victories — and praise for those wins from conservatives — were largely meaningless to white working-class Americans living in Ohio and Kentucky: “Yes, they live in a country with a higher GDP than a generation ago, and they’re undoubtedly able to buy cheaper consumer goods, but to paraphrase Reagan: Are they better off than they were 20 years ago? Many would say, unequivocally, ‘no.’”

Yet white working-class poverty receives, from Carlson and others, far more sympathy. And conservatives are far more likely to identify with a criticism of “elites” when they believe those elites are responsible for the expansion of trans rights or creeping secularism than the wealthy and powerful people who are investing in private prisons or an expansion of the militarization of police. Carlson’s network, Fox News, and Carlson himself have frequently blasted leftist critics of market capitalism and efforts to fight inequality.

I asked Carlson about this, as his show is frequently centered on the turmoils caused by “demographic change.” He said that for decades, “conservatives just wrote [black economic struggles] off as a culture of poverty,” a line he includes in his monologue.

He added that regarding black poverty, “it’s pretty easy when you’ve got 12 percent of the population going through something to feel like, ‘Well, there must be … there’s something wrong with that culture.’ Which is actually a tricky thing to say because it’s in part true, but what you’re missing, what I missed, what I think a lot of people missed, was that the economic system you’re living under affects your culture.”

Carlson said that growing up in Washington, DC, and spending time in rural Maine, he didn’t realize until recently that the same poverty and decay he observed in the Washington of the 1980s was also taking place in rural (and majority-white) Maine. “I was thinking, ‘Wait a second … maybe when the jobs go away the culture changes,’” he told me, “And the reason I didn’t think of it before was because I was so blinded by this libertarian economic propaganda that I couldn’t get past my own assumptions about economics.” (For the record, libertarians have critiqued Carlson’s monologue as well.)

Carlson told me that beyond changing our tax code, he has no major policies in mind. “I‘m not even making the case for an economic system in particular,” he told me. “All I’m saying is don’t act like the way things are is somehow ordained by God or a function or raw nature.”

And clearly, our market economy isn’t driven by God or nature, as the stock market soars and unemployment dips and yet even those on the right are noticing lengthy periods of wage stagnation and dying little towns across the country. But what to do about those dying little towns, and which dying towns we care about and which we don’t, and, most importantly, whose fault it is that those towns are dying in the first place — those are all questions Carlson leaves to the viewer to answer.