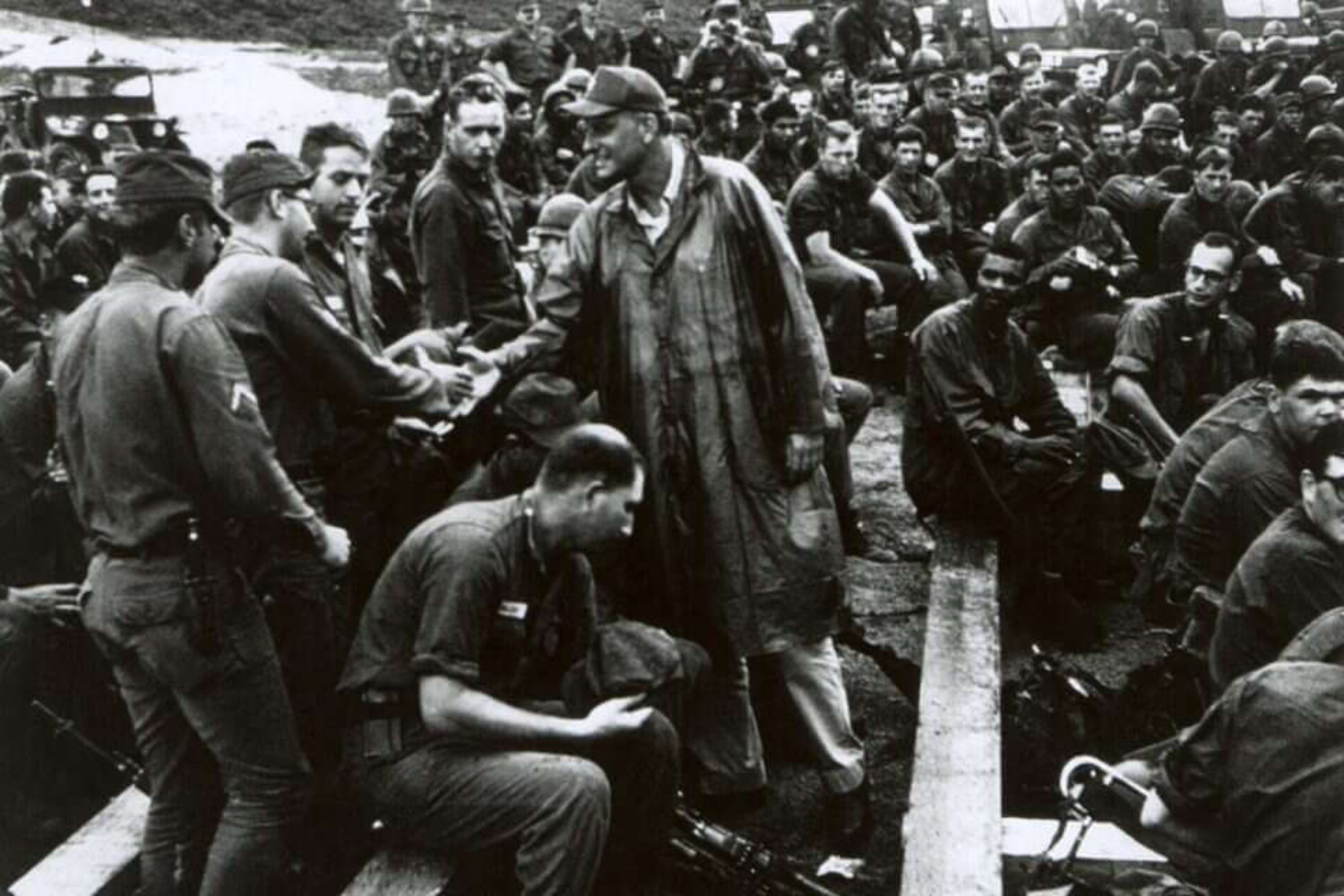 photo above: Billy Graham visited troops in Vietnam around Christmastime 1966 and returned in 1968. His son Franklin Graham, CEO and president of the BGEA, shared: “My father felt it was important to go and minister to the U.S. Military. He went to Vietnam not because he supported the war, he was going there to minister … to men that were dying on the battlefield!”

WN: Warmongering Franklin failed in the above however to mention the obvious: Billy didn’t go to Vietnam to encourage–nay order!– the American soldiers to love their enemies as “the Bible says!” (Billy’s iconic endlessly repeated shout-out), meaning: stop causing the death of the North Vietnamese on the battlefield!. . .

Billy was in the end sadly an antichrist idolater who worshipped at the shrine of American Christian Nationalism throughout his career. A superb brief treatment of this is in Kristin Kobes du Mez, Jesus and John Wayne: How White Evangelicals Corrupted a Faith and Fractured a Nation, chapters 1 &  2. “Graham preached a gospel of heroic [idolatrous] Christian nationalism” . . . (p. 25)

There’s a piquant contrast in the press coverage across the decades of Billy Graham’s various private dealings with Nixon, as displayed on the tapes gradually released from the National Archive or disclosed from Nixon’s papers. I’ll come shortly to the recent flap over Graham and Nixon’s closet palaverings about the Jews, but first let’s visit another interaction between the great evangelist and his commander in chief Back in April, l989 a Graham memo to Nixon was made public. It took the form of a secret letter from Graham, dated April 15, 1969, drafted after Graham met in Bangkok with missionaries from Vietnam. These men of God said that if the peace talks in Paris were to fail, Nixon should step up the war and bomb the dikes. Such an act, Graham wrote excitedly, “could overnight destroy the economy of North Vietnam”.

Please click on: When Billy Graham Planned To Kill One Million People