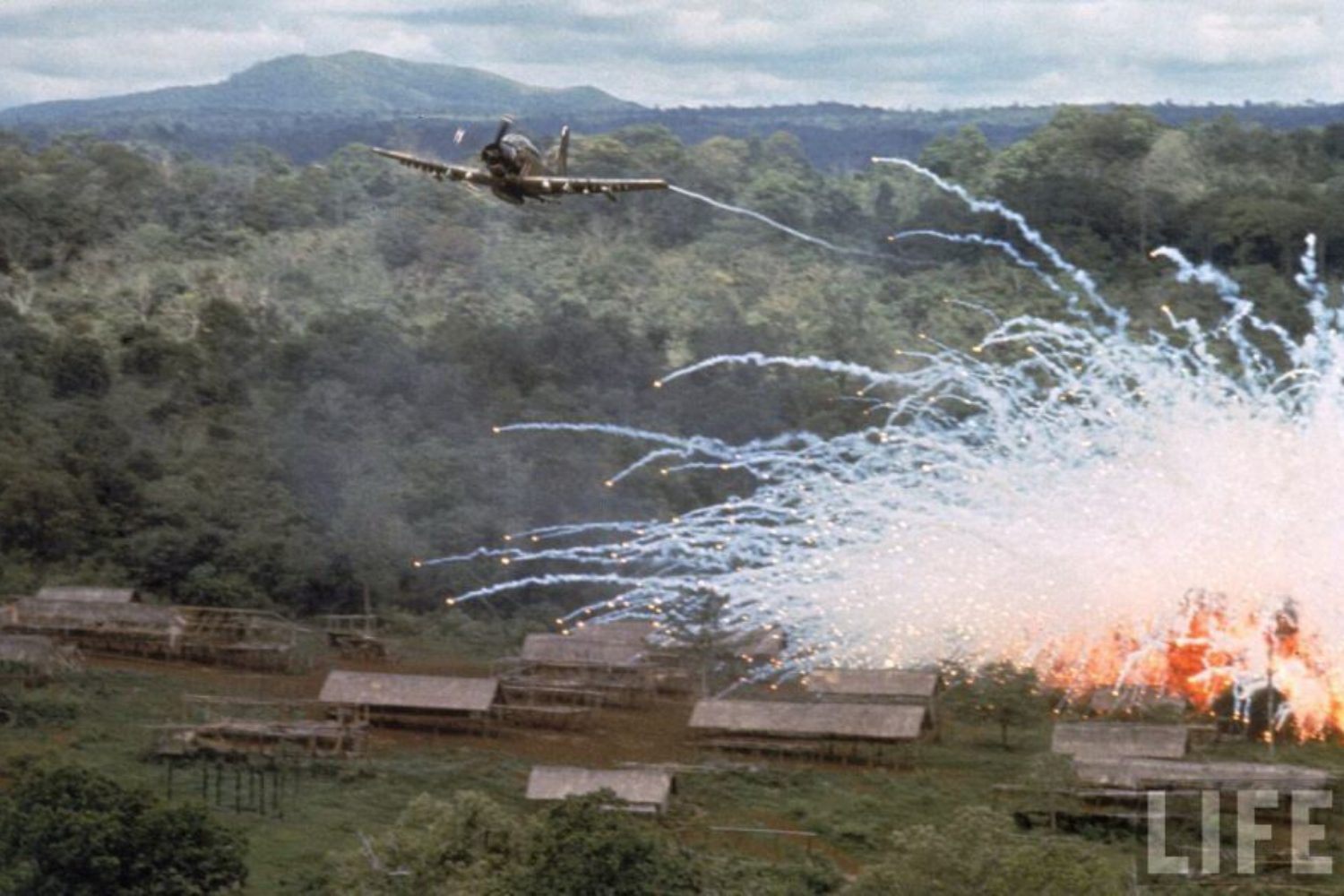 photo above: The last US troop withdrawal from Vietnam occurred in 1973, after almost ten years of continuous bombings with napalm: “South Vietnam, despite the assistance of perhaps 400,000 tons of napalm dropped on its behalf, surrendered on April 30, 1975. Napalm, and with it America, had lost its first war.” (Marine Guillaume, Napalm in US Bombing Doctrine and Practice, 1942-1975; see too: War Criminal Found Dead at 88.) Finally I wonder that LIFE Magazine didn’t cut out the people in the photo who were moments away from being tortured to death by napalm. Lord, in your mercy.

WN: Does this from me sound angry? Into the stratosphere!

They’ve found body parts at a Coquitlam pig farm in BC
Disgusting, revolting, rightly wrenching.
How can a person be so perverse? Humanity reversed.

But not the victims of our bombs. Whose body parts to far-flung corners are strewn around.

Please click on: It’s All Fun and War Games at the Air Show!