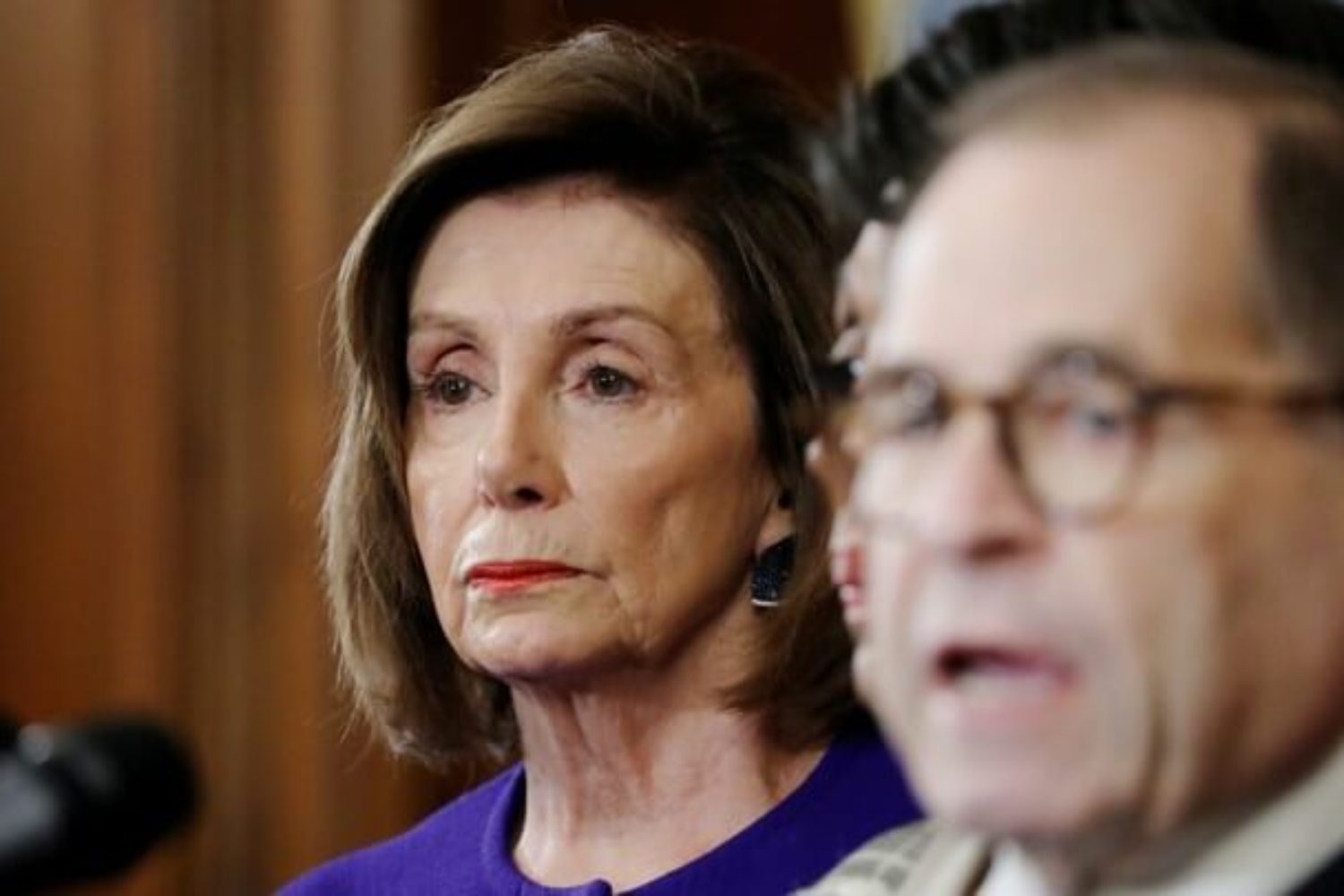 The House’s two charges against Trump get right to the point, are easy to prove, and precisely describe the threat the president poses to American democracy.

Professor at the University of Baltimore School of Law

WN: As a non-lawyer and Canadian, I find the article highlighted below compelling. Though this article, “Will Pelosi Have the Votes to Impeach?“, by a member of the Democratic Party, Renee Parsons, argues the opposite. A more nuanced argument by Ralph Nader and Bruce Fein is: “Donald Trump’s Big Abuses of Power Demand a Big Impeachment“. They conclude:

The threshold for preemptive presidential impeachments should correspond to the magnitude of the damage the president could inflict on the nation and the world by violating his oath of office. As that magnitude climbs—as it has manifold since 1789—the tolerable risk of an immature, megalomaniac president in the White House should be correspondingly smaller. In 2019, the president can inflict irreparable calamities that would have been unthinkable more than two centuries ago. The urgency and breadth of the impeachment articles voted against President Trump should correspond to those alarming risks.

Tomorrow, the House Judiciary Committee is expected to vote on two proposed articles of impeachment against President Donald Trump. One article accuses him of abuse of power, the other of obstructing Congress. When the House leadership released the articles, there was plenty of grumbling about how short the list was, given the ample evidence of other Trumpian excesses—including the obstruction of justice by the president in connection with Special Counsel Robert Mueller’s investigation.

Yet two articles of impeachment are enough to describe how Trump has worked to undermine the American system of government. If approved by the House, they will concisely pose a question to Republicans: Which of these destructive acts are you willing to excuse? If Trump isn’t removed on the basis of these two charges—which is a virtual guarantee, given the Republican majority in the Senate—our representative democracy is in serious trouble. But at least Democrats will have forced each Republican senator to put his or her complicity on the record forever—and sent a warning to the voting public that grave abuses of power can occur in the United States with impunity.

The actual document that lays out the charges against Trump is akin to an indictment by a grand jury. Let’s consider what the Democrats did not include in it. The articles of impeachment do not include the charge of bribery, even though that term is expressly listed as a basis for impeachment in the otherwise relatively terse U.S. Constitution.

If Trump is acquitted, we can expect future presidents to ignore congressional subpoenas without facing any consequences for doing so, because that’s the precedent Senate Republicans appear likely to set. It will mean greater power for the White House and a diminished voice for regular Americans, because their elected representatives in Congress will have relatively little power to check the presidency.

Second, an acquittal for Trump will also mean that presidents can outsource big swaths of the federal government to private citizens with no oversight, no electoral accountability, and no legal recourse. Regardless of whether people believe that Trump himself asked Zelensky for a quid pro quo, Giuliani has been public for months about his quest to get the Ukrainians to help his client by announcing investigations into the Bidens, and Trump has not disavowed his relationship with Giuliani. What this means is that the Senate confirmation process for presidential appointees—mandated by the Constitution—will go largely out the window. So will the federal laws governing ethics and conflicts of interest for federal employees. Presidents will know that they can just tap their buddies to do their personal bidding while in office, regardless of what’s best for national security, the American public, or the rule of law.

Third, Trump’s acquittal will mean that presidents can enlist foreign governments to help them win reelection in contravention of federal laws and the sacrosanct principle that the American people are sovereign. Mueller’s report of Russian interference in 2016 did not deter Trump from asking the Ukrainian government to dig up dirt on the family of a potential general-election opponent—or from publicly inviting China to do the same. Asking foreign powers to meddle, presumably in ways that help only him—not an opponent, even if that opponent is someone whom American voters demonstrably prefer—represents an attempt at subverting the 2020 election.

Kim Wehle, a professor at the University of Baltimore School of Law, is a former assistant U.S. attorney and a former associate independent counsel in the Whitewater investigation. She is the author of the book How to Read the Constitution—and Why.