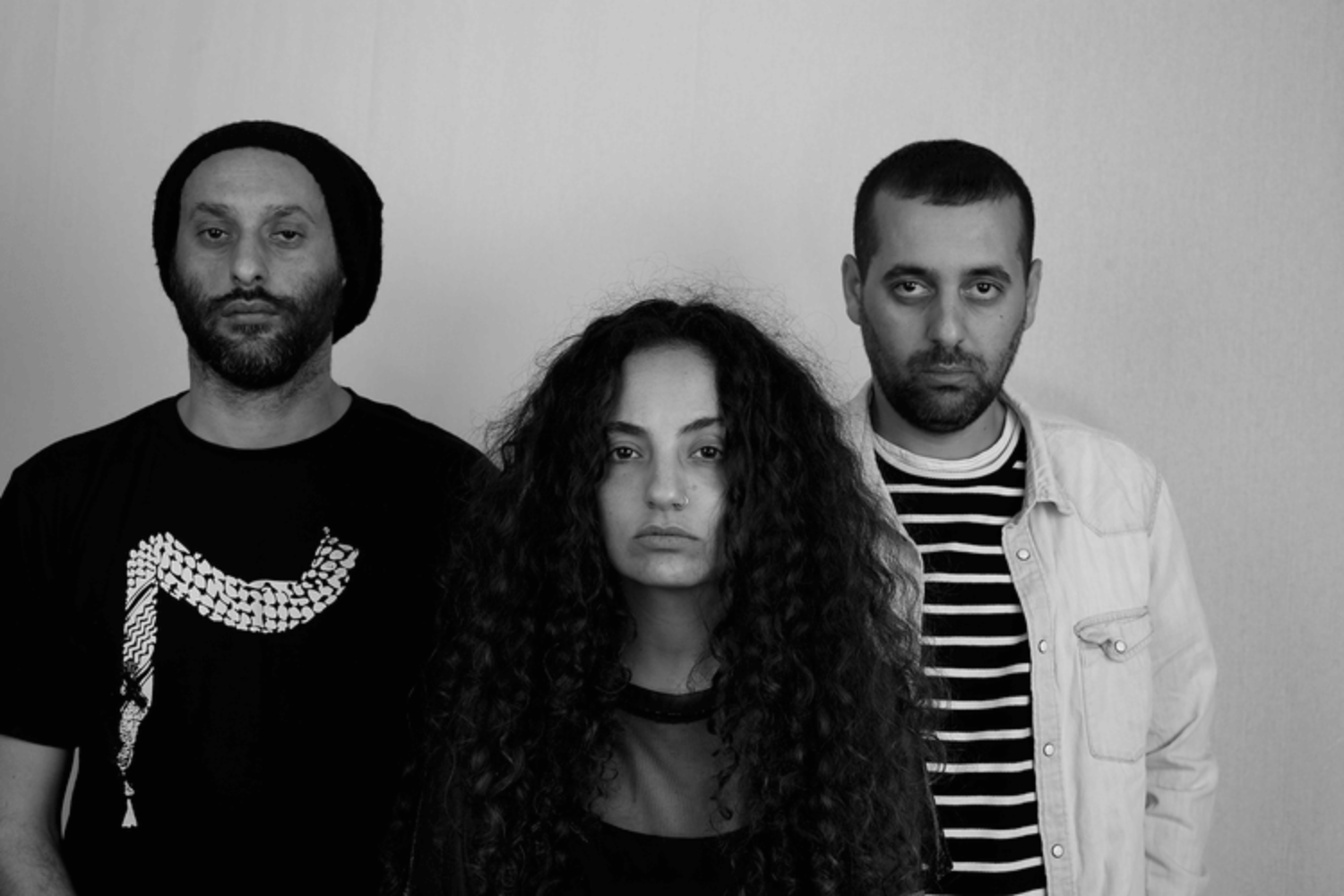 When Maysa Daw was a teenager, she remembers going to a concert by DAM, which calls itself the first ever Palestinian hip-hop group, and asking herself: “Would I be able to sing with them someday?”

Now in her mid-20s, Ms. Daw has joined Tamer Nafar and Mahmood Jhere as a permanent member of DAM after several successful guest performances with them. Prior to joining the group, she established herself as a singer-songwriter in her hometown of Haifa, inspired by artists like Erykah Badu and Lauryn Hill.

The group has been going strong since the late ’90s and first made a name for itself with anthems in Arabic like “Meen Irhabi?” (“Who’s the terrorist?”), which led to a profile at the time in Rolling Stone (France). Ms. Daw’s bandmate Nafar has been particularly outspoken on politics throughout his career and released a solo track (“Tamer Must Vote”) ahead of the Israeli elections in April urging Palestinian citizens of Israel to participate.

On “Jasadik-Hom,” DAM takes up feminism in a more straightforward and personal way than it has in the past (their 2015 single, “Who You R,” for example, similarly raps about the oppression of women, but its tone is more clever, the melody more pop than hip-hop). Ms. Daw says “Jasadik-Hom” is about how different layers of identity affect how you inhabit your body, in her case as an Arab, Palestinian woman living in Israel. “It took me time to learn how to be in love with my body/ My feminine Arab body/ Standing in front of the mirror, I took off my glasses because they are masculine-made,” she raps in Arabic.

She says the song was inspired by how Ta-Nehisi Coates’ talked about the experience of being black in the United States in Between the World and Me. Ms. Daw wrote the song in collaboration with her bandmates, and they wanted the song to convey her agency.

“When we talk about women’s rights, a lot of times we ask for the permission of the men to give us our rights. Or to give us our equality,” she told America. “What is really powerful about [“Jasadik-Hom”] for me is that I come and say, ‘okay, I’m taking responsibility over my own freedom.’”

But Ms. Daw says DAM is determined to make songs that are fun as well as serious. On the latest album, Ms. Daw also takes the lead in “Emta Njawzak Yamma” (“When Will You Get Married”), a catchy song in which DAM mocks the begging of their parents for them to settle down. “And in the meantime, I raise my glass in the name of being single,” she raps.