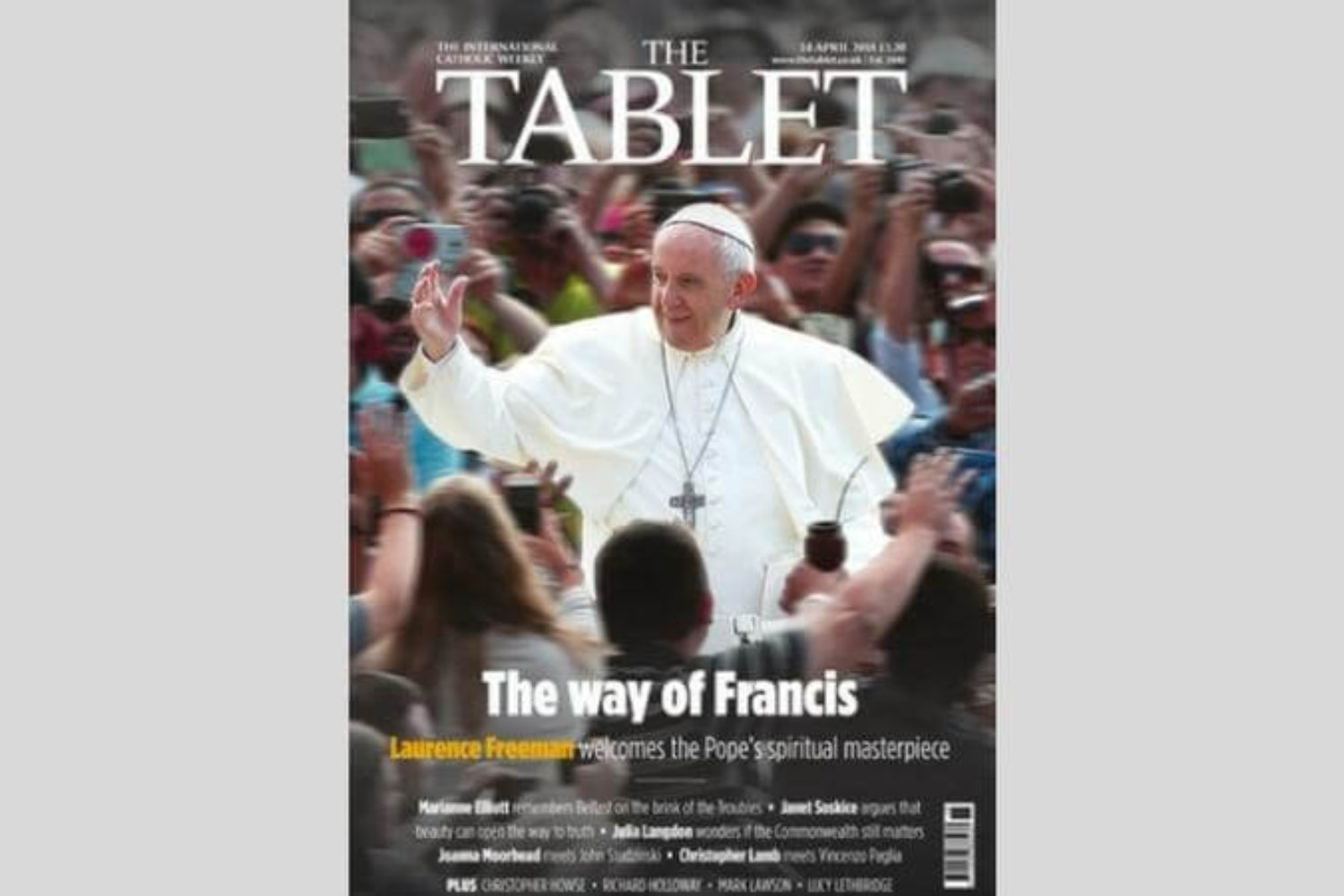 The Pope’s idea of holiness embeds a prophetic anger against the dull mediocrity of consumerist individualism but, no less, against intellectualised religiosity. In the five short, well-crafted chapters of his new exhortation Francis speaks from a Catholic pulpit but his audience is the whole of humanity in its contemporary crisis of faith. He exposes the degradation of humanity produced by empty lifestyles, conspicuous consumption and the refusal to see God in the poor and marginal. Francis is driven by an incarnational spirituality, the defining motif of his papacy, captured in his phrase: “Reality is greater than ideas”.

His third apostolic exhortation – after Evangelii Gaudium and Amoris Laetitia – Gaudete et Exsultate (“Rejoice and Be Glad”)  is not a theological treatise about holiness but a faith-filled pitch for promoting the desire for holiness. To explain why this desire should bring true happiness, in contrast to the isolating superficialities of consumerism, Francis reminds us that holiness is not about individual moral perfection or the approval of others. “Not everything a saint says is completely faithful to the Gospel,” he reminds us. We need to contemplate the totality of a saint’s life.

The first saints he mentions by name are women and he writes of a “feminine style” of holiness. He illustrates the theme of an incarnational, experiential holiness with the example of a woman who goes shopping, extricates herself from a gossipy conversation, comes home exhausted but gives her attention to a needy child and then ends her day in quiet prayer. Holiness is not about being a special sort of person or living apart from the world but about being a good next-door neighbour, finding a more perfect way of doing what we are already doing, and doing the ordinary in an extraordinary way. Holiness needs times of quiet, solitude and silence but “it is not healthy to love silence while fleeing interaction with others”.

Extracts from the Pope’s apostolic exhortation Gaudete et Exsultate, which was released on Monday 9th April 2018

Holiness is a practical life-long process grounded in the mysticism of incarnation. Community is both the laboratory and the flower of a way of life that runs through every moment of every day. Prayer is precious because it nourishes a daily commitment to love and that special benefit of deep prayer that St Ignatius identified as discernment, the intelligence of the heart.

This is a holiness of small gestures but also of clear, Christo-centric mysticism. In his encyclical on the environment, Laudato Si’, Francis combines the mysticism of creation with a challenging social and economic commentary. In Gaudete et Exsultate he hits hard at the enemies of holiness who, like Jesus, he identifies not as obvious external enemies but as much closer to home. He points out that Gnosticism and Pelagianism are two heretical viruses that still flourish in the Church. He sees Gnosticism in a disembodied, absolutised religious intellectualism; it is a feature of the clericalism that he often criticises. And Pelagianism persists as a self-satisfied blindness to the ever pre-emptive role of grace. It is essential to his incarnational understanding of holiness that Francis intuitively elevates uniqueness above conformity.

This is a passionate and prophetic understanding of holiness. Francis is angry, as prophets should be, at fake holiness; but he moves quickly from anger to affirmation. His programme of holiness applies to everyone. It avoids both a complacent elitism and the dull mediocrity that it saddens him to see our culture creating. The loneliness of the human condition is aggravated by consumerist individualism. Holiness is the cure.

Scripture excites him. Francis urges us to go back directly to the words of Jesus, which unsettle us by demanding a change of lifestyle. In his commentary on the Beatitudes, he sees “Blessed are the poor in spirit” as an invitation to peer into our hearts to find out exactly where we find our true security. He sees meekness as a counter-cultural virtue that saves us from being exhausted by constantly trying to dominate and control; in a memorable insight, he says that: “our deepest desires are fulfilled by meekness”.

Francis circles his themes, coming back to them with new examples. Holiness, he writes, is not “swooning in mystic rapture”. Rather, it is exemplified in our response when we meet a person sleeping outdoors on a cold night. The refugee crisis is a higher priority in the practical programme of holiness in today’s world than bioethical issues. But he warns against Christianity becoming “a sort of NGO stripped of luminous mysticism”. Finding Christ within ourselves allows us to welcome him in everyone. The unceasing prayer of the heart practised by the writer of the Russian spiritual classic The Way of the Pilgrim does not separate him from what is going on around him. “We simply cannot do without the silence of prolonged prayer,” this very active Pope reminds us.

We also see Francis the Jesuit in this document: discernment, daily examen, contemplation in action. He sees the union of Martha and Mary in the life of every saint. Many remark how regular the Pope is in his Divine Office and personal prayer. This doubtless explains the importance he attributes here to the times of daily prayer. In this we see Francis’ instinctive respect for tradition operating in a radical way, refreshing the Christian way of holiness for the alienated generation of our culture.

In 1943 Simone Weil predicted a “new holiness demanded by the present moment, a fresh spring and invention”. In Gaudete et Exsultate Pope Francis eloquently promotes this “new holiness” by seeing the inclusive mystery of “small everyday things” in a programme of incarnate holiness that rejects dull mediocrity and religious elitism. He has refreshed the Church’s call to holiness as the goal of all human life.

“Do not be afraid of holiness,” Francis exhorts us.

Laurence Freeman OSB is a monk of Lendinara, a monastery of the Olivetan Congregation. He is director of the World Community for Christian Meditation.

Gaudete et Exsultate is published by the Catholic Truth Society at £4.95. It is available online here and here.