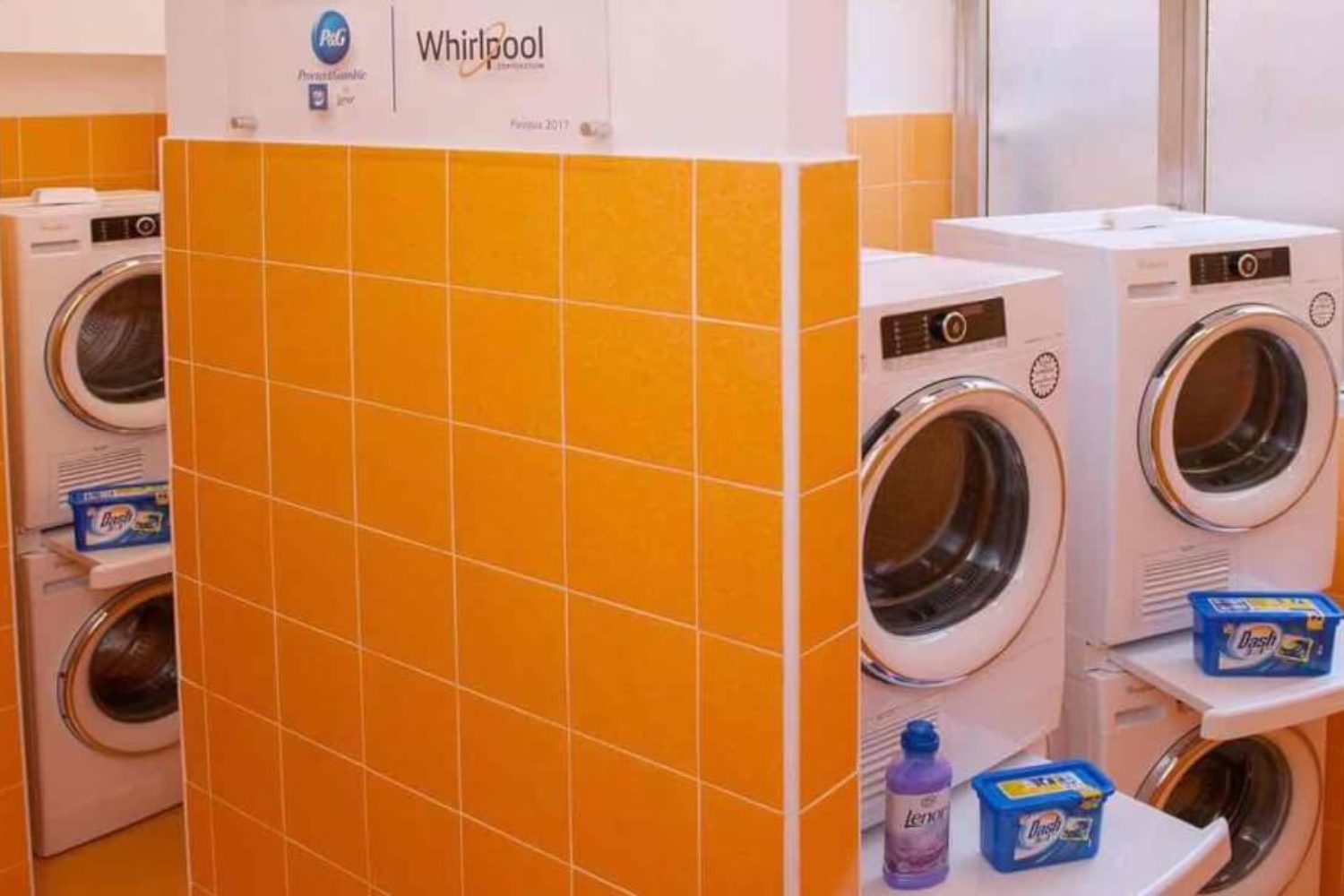 photo above: The Pope Francis Laundry in Rome. Francis makes people on the margins of society a focus of his work. Photograph: Office Of Papal Charities/EPA

Pope Francis has opened a free launderette in Rome in the latest of a series of initiatives aimed at poor people that has included help with housing, showers, haircuts, meals and medical care.

Six washing machines and dryers were donated to the facility in the city centre. Detergent, fabric softener and a number of irons have also been provided.

The Lavanderia di Papa Francesco (Pope Francis Laundry) intended to “restore dignity to many people who are our brothers and sisters”, the Vatican said. It is designed to serve “the poorest people, particularly the homeless, who will be able to wash, dry and iron their clothes and blankets”.

The launderette, located in a former hospital near the Vatican, is run by the Community of Sant’Egidio. Showers, a barbershop and medical facilities will also be added.

Like Loading...
one of a series of actions for the poor, Pope opens free launderette for the poor