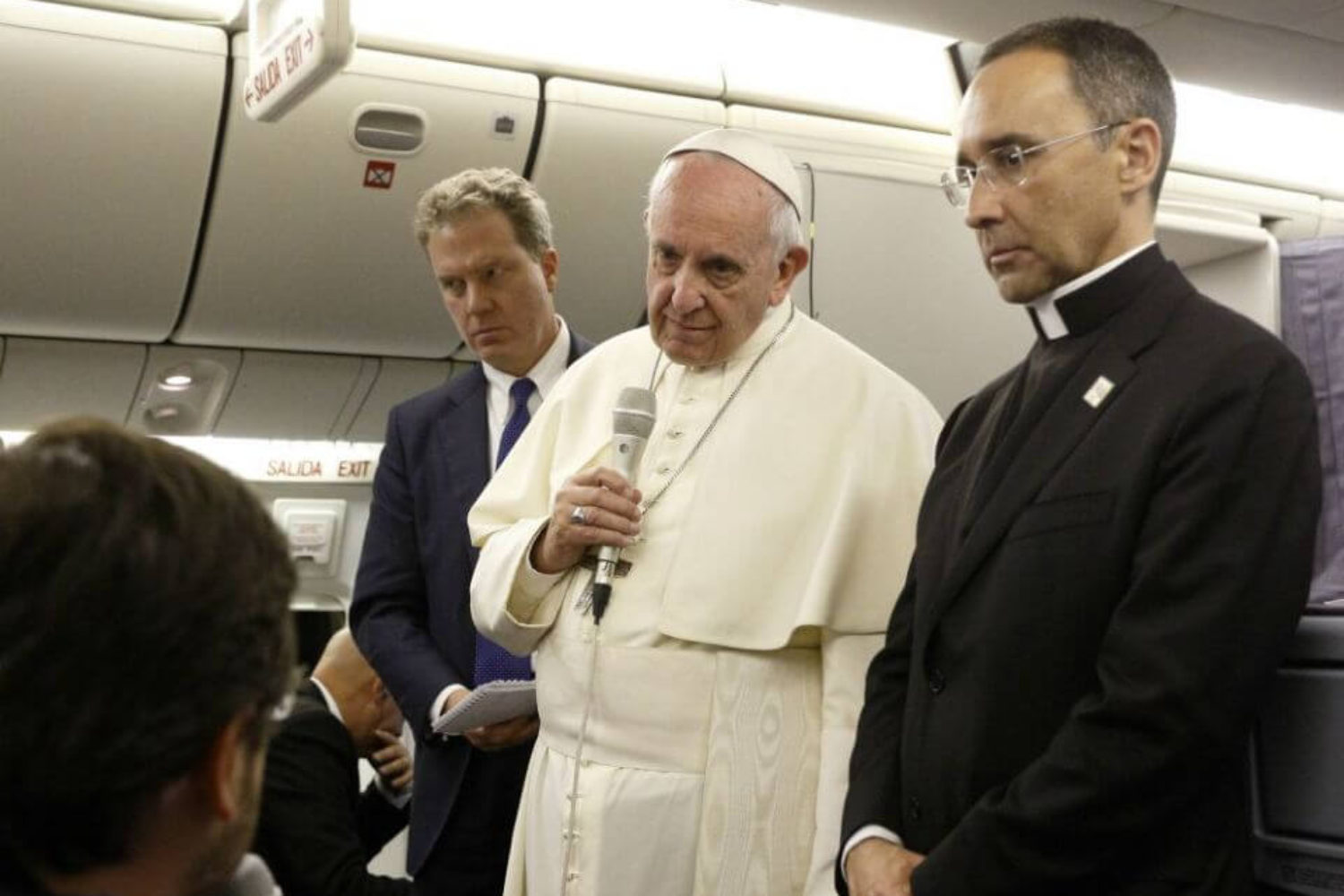 photo above: Pope Francis listens to a question from a journalist aboard his flight from Lima, Peru, to Rome Jan. 21. (CNS/Paul Haring)

WN: This is a blunt and powerful Editorial. One wonders: What is it about (especially?) men in power that blinds us about getting it about the devastation of sexually assaulted victims’ lives — in this case with Church cover-up? How is it that the Pope can participate in utterly disgraced Bernard Law’s funeral, as it were whisking his soul off to a better place, and not mention the horror Law lied about and covered up for decades – while innumerable victims’ lives were ruined to the point of many resultant suicides.

In recent years, we had thought chastened church leaders had begun to correct mistakes of the past. We were wrong. The supreme pontiff apparently has not learned this lesson.

So with this Editorial. No wonder the film Spotlight that brilliantly portrayed Law’s and an entourage of priests’/bishops’ massive lechery, cover-up, prevarication, denial, aggressive legal action — against the victims! — , etc., etc., etc. And of course, as the film indicates, the cover-up was by those in authority all the way up to the Pope at the time.  Why should one believe it is any different now with Francis, based on this Editorial?

It is hard even to imagine the pain survivors of clergy sexual abuse have had to endure. After being raped or brutalized by people their communities had taught them to see as nearly infallible, many were left silent for decades, ashamed or just unable to speak.

When they did come forward, their motives were questioned and their integrity impugned. They were savaged, re-victimized, in court proceedings and public announcements, as bishops, diocesan lawyers and church officers denied their charges.

History has shown that the great number of survivors were telling the truth. Any reform that has happened in the church is due to their courageous resolve. The hierarchy was caught in its lies and humbled, but not before unknown numbers of believers were driven out of the Catholic Church. The scandal has cost the church moral authority, credibility and billions of dollars.

In recent years, we had thought chastened church leaders had begun to correct mistakes of the past. We were wrong. The supreme pontiff apparently has not learned this lesson.

Like Loading...
does not get it about victims, including Church hierarchy, Nation Catholic Reporter Editorial, Pope Francis, sexual abuse victims, tragic