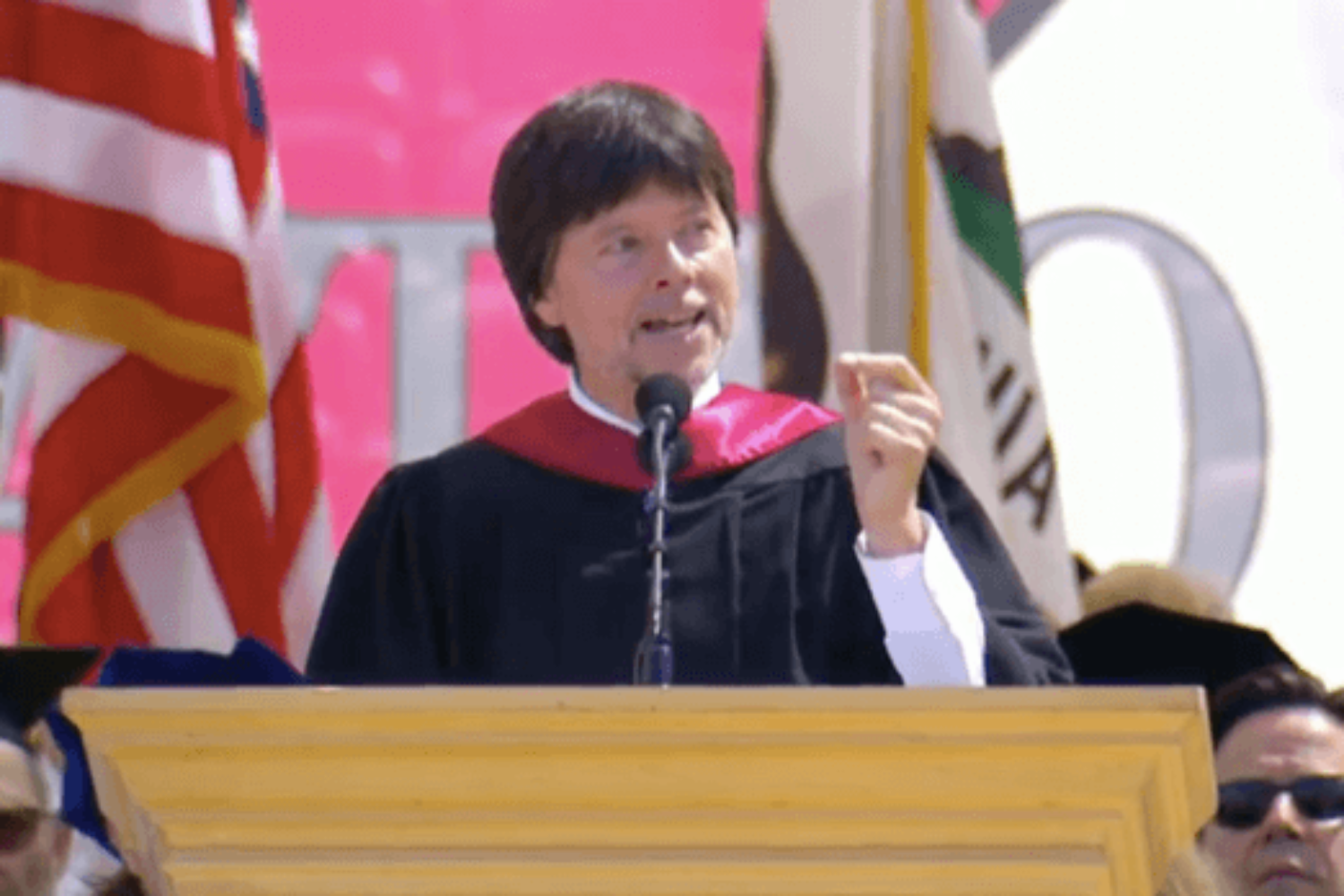 “Asking this man to assume the highest office in the land would be like asking a newly minted car driver to fly a 747.”

This assessment of the (unnamed) Megalomaniac was succinct, measured and brilliant. The Ugly (American par excellence) could not be more fully deserving.

At the top of his speech in Stanford Stadium, in Palo Alto, California, Burns noted he always strives for “conscious neutrality in my work, avoiding the advocacy of many of my colleagues.”

But he soon ripped into the candidate, telling graduates that the stakes were too high to pretend that he could potentially be a good choice for the presidency.

“There comes a time when I and you can no longer remain neutral, silent — we must speak up and speak out,” said Burns, who is known for historical documentaries. “For 216 years, our elections — though bitterly contested — have featured the philosophies and characters of candidates who were clearly qualified.”

“That is not the case this year,” he said, to a round of applause.

During his takedown, Burns made several stinging points without even using the candidate’s name.

“He is an insult to our history,” Burns said. A moment later, he implored: “Do not be deceived by his momentary good behavior. It is only a spoiled, misbehaving child hoping somehow to still have dessert.”

Below is the full 2016 Stanford University Commencement. You may listen to the introduction and speech of Ken Burns, beginning at point 1:06:31.