Eat Me: The Cannibalistic Origins of the State 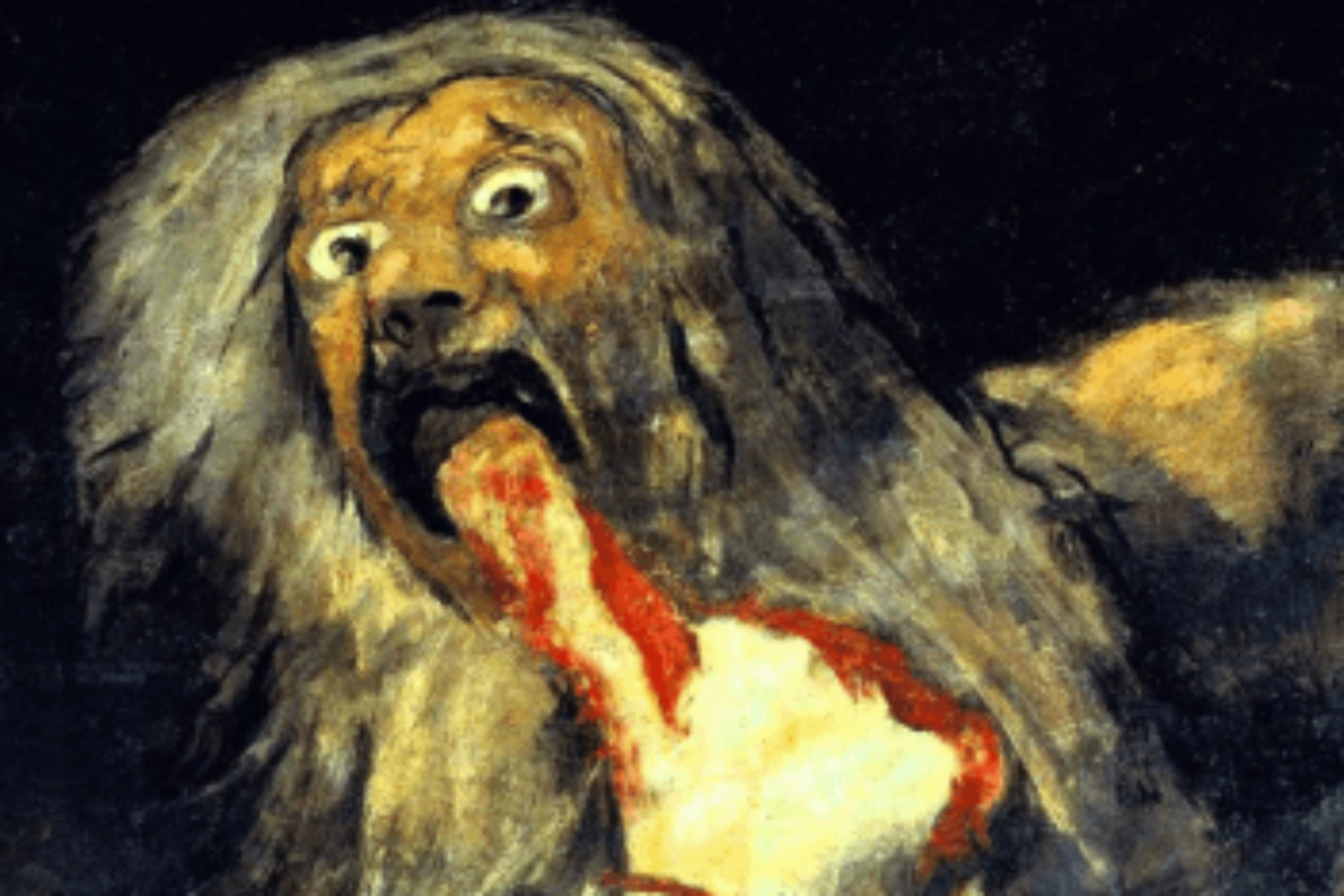 This an outstanding piece, especially in the writer’s powerful juxtaposition of Jesus’ invitation to a common meal of his “flesh and blood”,and our otherwise consuming each other in ongoing acts of mimetic rivalry.

However, I take serious note of this caveat:

Eat Me: The Cannabilistic Origins of State – David Gornoski – Clarion: Journal of Spirituality and Justice

I found your article, “Eat Me: The Cannabilistic Origins of the State” illuminating in some ways (worst views of the state) but somewhat simplistic in most ways.

It’s best to sit with the best and learn from them—when this is done, our perspectives are raised to a higher level–political anarchism is a thin and questionable approach to substantive political thought and action.

It starts with a meal. In sharing Jesus’s meal, we do not shed blood. We renounce all violence. We do not envy a Great Man who demands submission, but instead, imitate his own forgiveness and self-emptying love for others, even the ones who shame us.

Here again, Rene Girard is immensely helpful: “The commandment to imitate Jesus does not appear suddenly in a world exempt from imitation; rather it is addressed to everyone that mimetic rivalry has affected. Non-Christians imagine that to be converted they must renounce an autonomy that all people possess naturally, a freedom and independence that Jesus would like to take away from them. In reality, once we imitate Jesus, we discover that our aspiration to autonomy has always made us bow down before individuals who may not be worse than we are but who are nonetheless bad models because we cannot imitate them without falling with them into the trap of rivalries in which we are ensnarled more and more.”

Let’s toast to that.