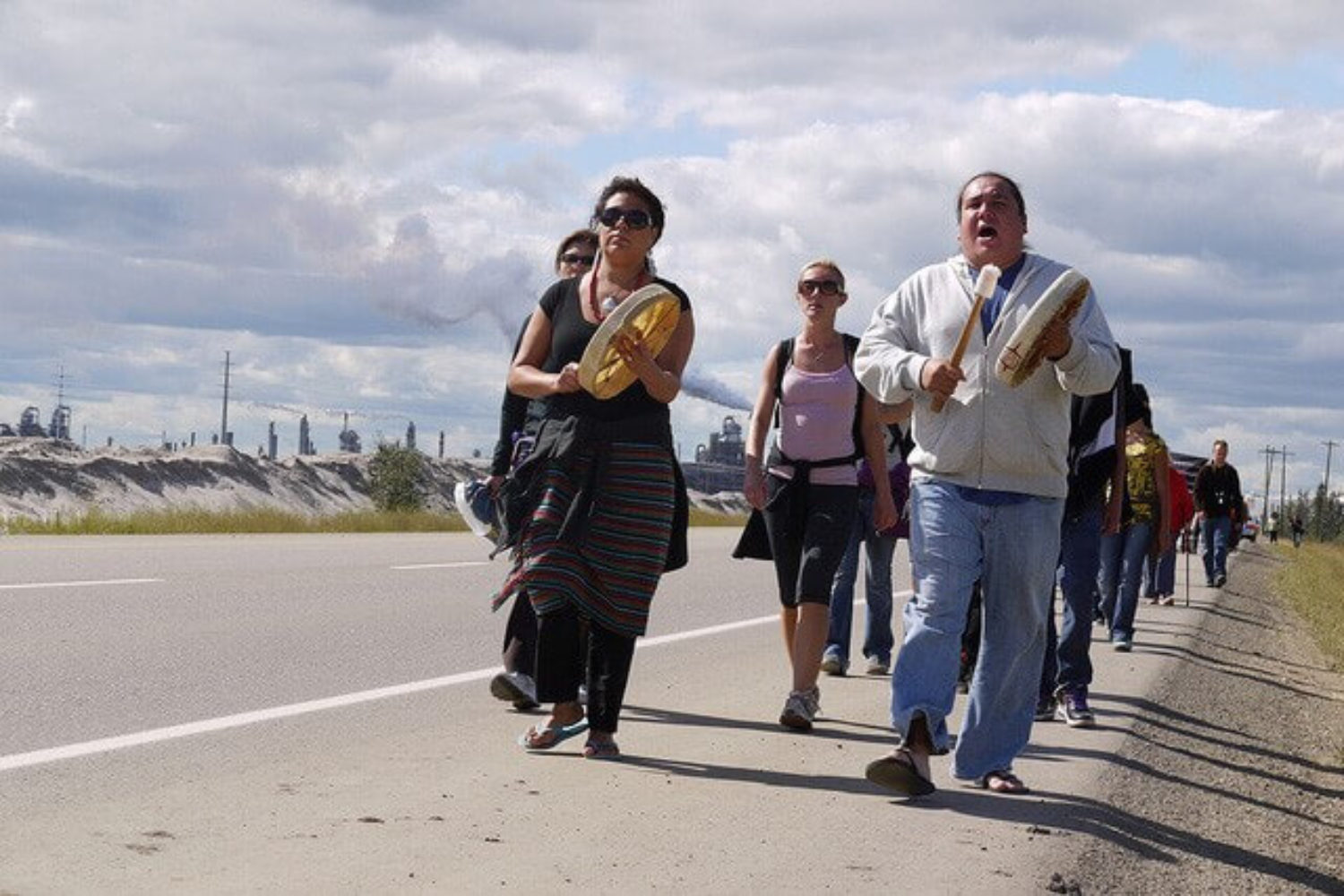 The struggle is interminable – and sometimes what to do intangible. What is suggested here and below is hopeful and doable.

Earlier this month, the Treaty Alliance, alongside a coalition of other Indigenous groups, launched a new campaign to divest from banks that are funding four tar sands pipeline projects coming out of Canada, as well as the Dakota Access pipeline in North Dakota.

Organizers hope to put pressure on Energy Transfer Partners (a US oil company), and on the three companies involved in the Canadian tar sands pipelines: TransCanada, which owns the Keystone XL and Energy East pipelines; Kinder Morgan, which recently got a green light to expand the Trans Mountain pipeline from Alberta to British Columbia; and Enbridge, which plans to replace the Line 3 pipeline, which runs between Alberta and Wisconsin.

There are 64 banking institutions that fund at least one of the projects on the full divestment list, but 17 banks that fund the Dakota Access pipeline and all four pipelines from Canada have been specifically targeted. These include Bank of America, JPMorgan Chase, Deutsche Bank, Barclays, Bank of Montreal, Scotiabank and Wells Fargo.

The campaign is pushing the banks to stop funding the pipeline projects altogether, and develop ethically sound banking policies. It is also calling on “neighbors, elected officials, and pension managers to close all accounts with these banks unless they immediately stop financing tar sands pipelines.” A petition with those demands has garnered more than 95,000 signatures to date.

Nepinak explained that the campaign is working to educate people about how their money is used.

The tar sands in western Canada are one of the most resource-intensive oil extraction systems, and one of the largest greenhouse gas emitters in the world. The extraction process releases between 18 percent and 21 percent more carbon into the atmosphere than the extraction of conventional crude oil in the United States, according to a recent study.

Like Loading...
alternative energy, divestment call against US and Canadian banks supporting dirty oil, indigenous led, many partners around the world