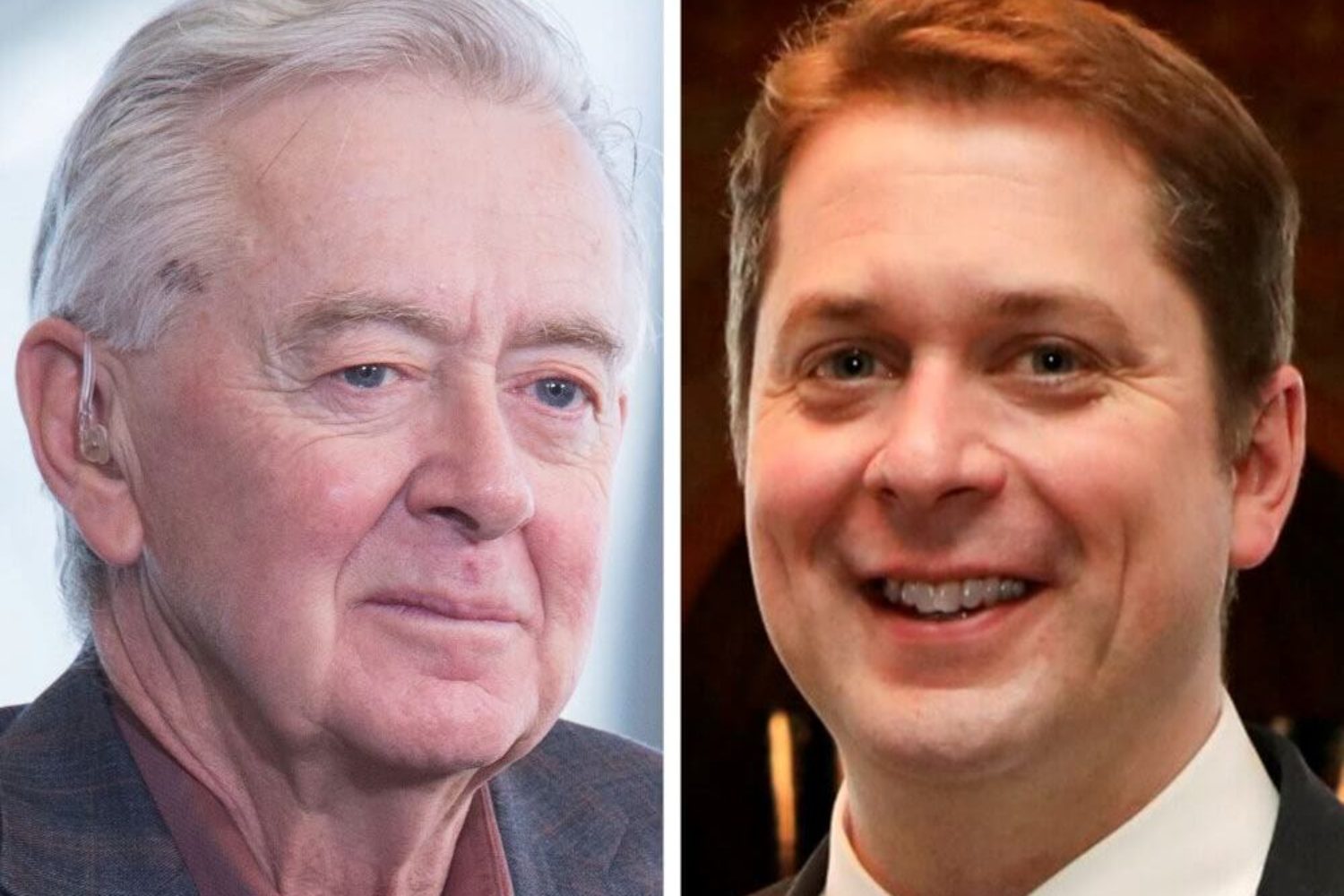 To win, Tories must chuck their leader and Harper’s old playbook.

Michael Harris, a Tyee contributing editor, is a highly awarded journalist and documentary maker. Author of Party of One, the bestselling exposé of the Harper government, his investigations have sparked four commissions of inquiry.

photo above: Manning saw the potential of Western rural populism but also its failings. Scheer failed to update Harper’s party, and now he will pay the price. Photos: Wikimedia.

It is said that April is the cruelest month.

If T. S. Eliot has it right, that’s when Andrew Scheer will realize that only the winner gets the real cigar.

April 2020 is the date set for the automatic review of Scheer’s leadership. About that time Scheer will learn that if you want loyalty, buy a ferret. No matter what anyone is saying now, leadership politics has just one rule: only winners need apply.

And that’s just what Andy thought he was. For a few delusional weeks in the 2019 election, the CPC believed they were going to knock the snappy socks off Justin Trudeau. They were sure of winning the most seats, and there were even opium dreams of a slim majority.

Instead, there was no majority government and no photo finish. It wasn’t even close. And the best person to explain why is the godfather of today’s Conservative Party of Canada, Preston Manning.

It was Manning who more than three decades ago harnessed Western alienation to build the Reform party – which Stephen Harper then united with the Progressive Conservatives to topple the “natural” rule of the Liberals.

It was Manning who saw in the seeds of his own socially conservative, resource extracting prairie revolt not only potential but severe limitations — the ones that kept Scheer from winning this time. In fact, by 2019, even Harper’s alchemy had proved outdated.

Now the question is not simply what will the Conservatives do with Scheer, but what will they do with their increasingly antiquated brand?

Scheer did nothing to persuade Canadians that he was not Stephen Harper’s sock puppet. He ran the campaign straight out of Harper’s playbook, from immigration fear-mongering, tax cut fetishism, and fake deficit phobia all the way to pipeline envy. And he used a lot of Harper’s own people to do it.

A senior Conservative source speaking on background put it this way: “A couple of things are clear: There are a lot of Canadians who don’t like Justin Trudeau. But they also worry about Scheer’s ‘hidden agenda.’ So the answer is obvious. The Tories have to get a new leader. Someone who appeals to moderate Canadians.”

Andrew Scheer will never be that person. He stands for Harperland and nothing but Harperland. He has been exposed in the recent campaign as a smiling opportunist ready to play dirty to win. And if he can’t beat Trudeau in blackface, Trudeau in violation of the law, Trudeau in bad faith, and Trudeau in perpetual deficit, when can he beat him?

So Scheer has to go if the CPC want to rise from the ashes of the 2019 election. But that is a small part of the job, and by far the easier part. There will be no shortage of replacements waiting in the wings but it can’t be the darkest part of the right wing. It can’t be Peter MacKay, who lost his progressive credentials ten years ago, or John Baird, who never had any. And it can’t be the man they both served, Stephen Harper.

As Philippe J. Fournier notes in Maclean’s, “among the 60 electoral districts with the highest population density in Canada, the Conservatives won a grand total of zero.” In other words, the route to victory these days is by appealing to the educated, urban and socially progressive, not a cabal of gun-loving, climate denying, xenophobic, northern Republicans who have never seen a social program or a foreign aid plan that they didn’t want to cancel.

Preston Manning understood the need for policy renewal when he told me that the two key issues that move millennial voters are social justice and the environment. The man who founded the Reform Party and gave Stephen Harper his first job said that these should be “sword” not “shield” issues for Conservatives.

Which is another way of saying that the absolute worst thing the CPC could do is conclude that the path back to respectability is merely about changing the messenger, not the message.

The Harper years blessedly came to an end. It’s time the Harper modus operandi and philosophy did too. Otherwise, the poet will be right. For the CPC, April will be the cruelest month.