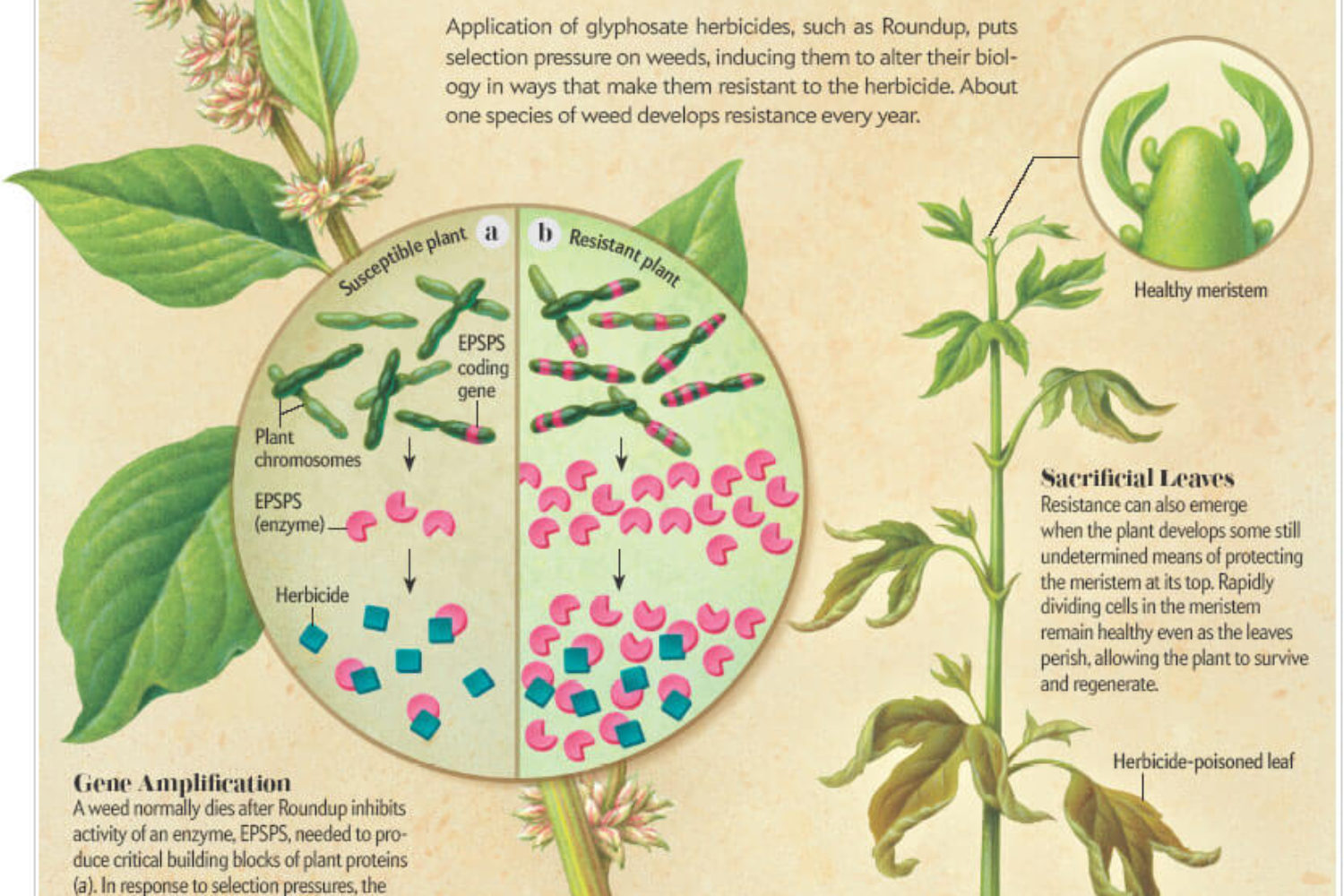 In what may sound like science fiction but is all too real, “superweeds” are overrunning America’s farm landscape, immune to the herbicides that used to keep crop-choking weeds largely in check. This plague has spread across much of the country—some 60 million acres of U.S. cropland are infested—and it is wreaking environmental havoc, driving up farmers’ costs and prompting them to resort to more toxic weed-killers. How did this happen? It turns out that big agribusiness, including the Monsanto Company, has spent much of the last two decades selling farmers products that would ultimately produce herbicide-resistant weeds. And now that thousands of farmers are afflicted with this problem, those same companies are promising new “solutions” that will just make things worse. Herbicide-resistant weeds are also symptomatic of a bigger problem: an outdated system of farming that relies on planting huge acreages of the same crop year after year. This system, called monoculture, has provided especially good habitat for weeds and pests and accelerated the development of resistance. In response, Monsanto and its competitors are now proposing to throw more herbicides at resistant weeds, an approach that ignores the underlying biology of agricultural systems and will inevitably lead to more resistance and a further spiraling up of herbicide use. What is needed instead is support for approaches—which already work and are available now—that target the problem at its source. Scientists and farmers alike have developed, tested, and refined methods of growing crops that reduce the likelihood of resistance in the first place, while providing many other benefits for consumers, the environment, and farmers themselves.