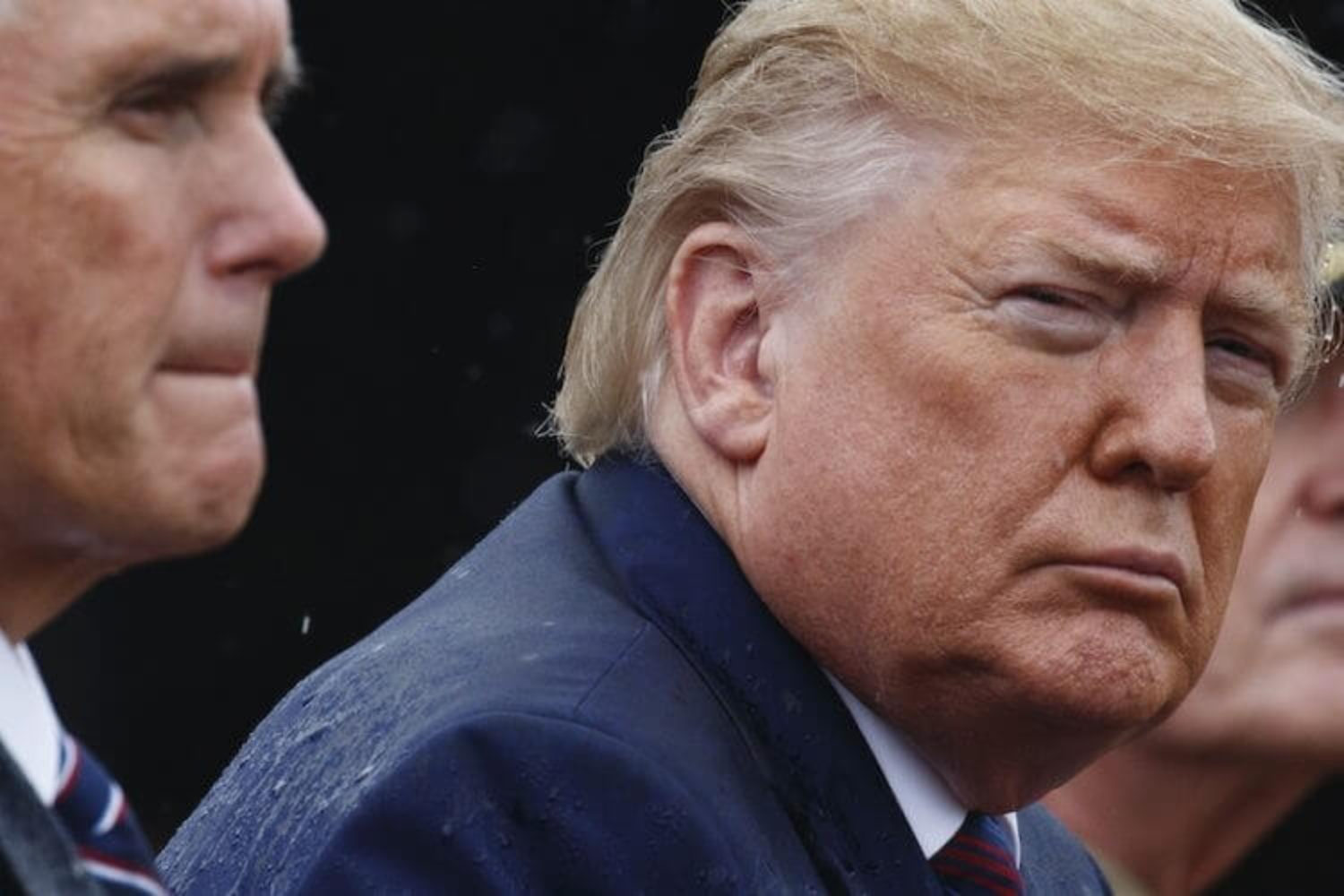 WN: Of all the vile presidents I have lived through, Trump is clearly the worst: as I have many times said. He is the Ultimate Ugly American; Planet Enemy Number One; an Overweening Narcissist. (And I’m just warming up to a long list of similar epithets.) That the Evil Empire of the United States of America got what it deserved in the Walking Tragedy of a president is no consolation for the millions domestically and internationally who have suffered under him. And without doubt, millions more will continue to suffer under Pence once he takes over . . .

And while I’m suspicious of the “progressive left” as I am of the “alt-right,” I think the author makes sense in the final excerpt quoted below.

I’m not going to bury the lede: Donald John Trump, the 45th president of the United States, is going to be impeached. Not only that, but whether or not the GOP-controlled Senate convicts Trump of “high crimes and misdemeanors,” his presidency is drawing to a close. Unless a political deus ex machina comes to his rescue, he will not serve a second term.

Numerous actions and events have brought us to this impeachment precipice, virtually all of them initiated by Trump himself. He is the architect of his own demise, and there is no turning back.

The Undoing by Adam Zyglis

As of Saturday, some 225 members of the House of Representatives were on record endorsing an impeachment investigation. Their ranks included independent Justin Amash of Michigan and Republican Mark Amodei of Nevada. The last high-profile House Democratic holdout, Tulsi Gabbard of Hawaii, announced her support Friday. The total will only expand in the coming weeks.

Trump, for his part, appears increasingly exhausted, paranoid and incoherent, not unlike Richard Nixon in the final stages of Watergate. The president has taken to Twitter even more than usual, spewing vitriol and blurting out threats of revenge against his many presumed enemies.

For those who are unfamiliar with the procedure or who could simply use a refresher, impeachment is the constitutional mechanism by which a president, vice president or “civil officer of the United States” can be accused of “treason, bribery or other high crimes and misdemeanors” and removed from office upon conviction.

The specific provisions governing the process can be found in Article 1, Section 2 and Article 2, Sections 3 and 4 of the Constitution, which define the respective powers of the legislative and executive branches of the federal government.

Together, the provisions establish a two-step process. As explained in a 2015 study, “Impeachment and Removal,” prepared by the nonpartisan Congressional Research Service: “First, a simple majority of the House impeaches—or formally approves allegations of wrongdoing amounting to an impeachable offense, known as articles of impeachment. The articles of impeachment are then forwarded to the Senate where the second proceeding takes place: an impeachment trial. If the Senate, by vote of a two-thirds majority, convicts the official of the alleged offenses, the result is removal from office. …” [Emphasis in original]

The principal debate now among mainstream Democrats and progressives is no longer whether Trump should be impeached, but how extensive the articles drafted against him should be. Well before the Ukraine scandal erupted into public view last week courtesy of a whistleblower’s complaint, Trump was liable for a long laundry list of impeachable offenses. Among the many derelictions I have cited, Trump can credibly be accused of:

To tell the story of Trump’s malfeasance and corruption, three articles of impeachment, the same number that forced Nixon from the Oval Office, should suffice:

Democrats have little to fear from a Trump impeachment. The current situation is much more akin to 1974, which saw Nixon’s popularity steadily erode until his resignation, than 1999, which saw Bill Clinton’s popularity climb. A CBS News Poll released Sunday showed a whopping 55% of respondents favor the impeachment inquiry. A Quinnipiac University Poll survey released on Monday went beyond the inquiry, finding respondents evenly split, 47 percent to 47 percent, on whether they support impeaching President Trump and removing him from office, a 10-point swing in favor of impeachment over a five-day period.

As the congressional impeachment hearings move forward, public support can be expected to increase. Even if the Senate refuses to convict, Trump’s reelection prospects will be crippled, as Democrats will be able to target Trump and the GOP in the 2020 elections for betraying the Constitution.

For the progressive left, impeachment presents a rare opportunity to hold a tyrant to account, and to merge the impeachment issue with a broader agenda for genuine social and political change. While some progressives may balk at forging a tactical alliance with mainstream Democrats, the choice should be a no-brainer. The impeachment train has left the station. Either get on board and help steer, stand aside, or get run over.