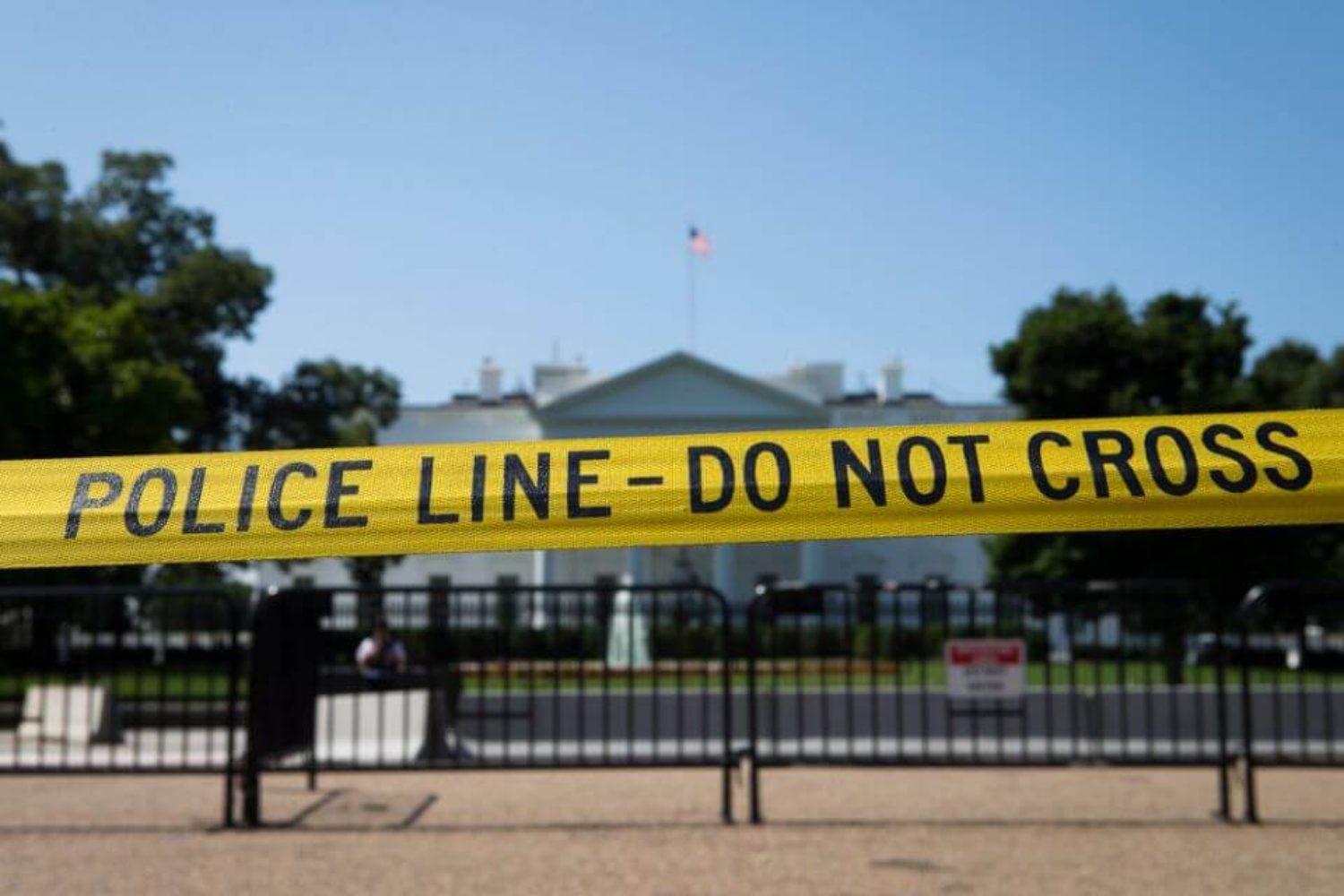 photo above: The White House is seen in Washington July 12. (CNS/Tyler Orsburn)

WN: This is so well stated, it bears quoting in full.

The stock market indexes keep pushing through the ceiling.

Your portfolio looks better than it has in years.

The jobless rate recently hit its lowest level in nearly half a century.

And the judges — all the conservative judges — from the Supreme Court on down. As much as anyone might expect from one presidency.

So what’s not to like? Why all the discontent? Can’t we overlook a bit of boorish behavior?

Besides, he’s actually just saying what a lot of people are thinking. No fancy speeches. He doesn’t care what it sounds like.

Such are the rationales intended to serve as a kind of balm on the wounded conscience of a nation that knows it just shouldn’t be comfortable with this or any president who so regularly tears at the fabric of democracy and decency.

What does one say of a president who insistently attacks the agencies of justice; who demeans even those he has appointed if they disagree with him; who consorts with a hostile adversary; who attacks the press in ways normally reserved to dictators in places where free expression is a luxury?

He is demonstrably a bully whose default rhetoric is ridicule and mockery. He has littered the government with grossly incompetent and corrupt operators, a host of whom have been forced to resign. His preferred governance style is maintaining a perpetual state of chaos and unpredictability.

He not only denies overwhelming science warning of the dangers of climate change but directs the rollback of environmental protections that have been a half century in the making.

He has turned the country into a harsh and unwelcoming destination for people fleeing violence and oppression.

His administration separates families at the border and locks children in cages.

He is a man about whom it would be difficult to imagine any parent finding any characteristic that a child might be encouraged to emulate.

Most recently, he has turned from dog whistle to billboard in announcing his racist intents. In telling four duly elected members of the U.S. Congress, all women of color, that they should return to the countries from which they came, all pretense was dropped. The president is a racist and is using age-old racist tropes to open ever deeper divisions in the body politic.

And yet. We hear from some Catholic and evangelical quarters that he is “the most pro-life president” ever. We hear from some who acknowledge the stench of the spreading rot that the man may be despicable but “some of his policies are obviously working.”

Catholic church leaders are largely silent. Republican politicians who once were Donald Trump’s most severe critics have gone silent. Most entrepreneurs are silent. How many are silenced for fear of being a target of his impulsive tweets?

This could be dismissed as the predictable critique of an editorial page that has historically taken a different position on many of the issues raised during the Trump tenure. But that would overlook the fact that the most insistent and unforgiving criticism comes from some of the most loyal Republican and conservative commentators and practitioners in the modern era. From the late Charles Krauthamer to George Will, from Kathleen Parker to Michael Gerson to David Brooks. From former Rep. Paul Ryan to even Sen. Lindsey Graham of a not-so-distant past when his conscience provoked stinging rebukes of Trump. The president has been characterized in uncompromising terms for what he is by people who should be a natural constituency.

That so many conservative Republican loyalists — despite the silence today from members of Congress — are among the most relentless critics is an indication of how distorted the political arena has become.

Some will say this is politics as usual. But it isn’t. This is something quite unusual, a trampling of norms and behaviors that are the unlegislated but essential elements that hold democracy together.

The Republican Party has changed dramatically and perhaps irrevocably for the foreseeable future. It has become Trump’s party.

Ari Fleischer, former White House press secretary for George W. Bush, described Trump’s ambitions for the party as “a giant swap.” In an interview with The Washington Post, he said, “Republicans can no longer count on suburban women and we will continue to lose college-educated men and women, while we increasingly pick up working white Americans without college degrees. Nobody knows who will come out ahead in the swap. That’s what the campaign will tell us.”

History would suggest that it is far more difficult to reconstitute a democracy than to correct course.

It is a strategy dependent on ginning up the divisions between white America and the increasingly brown America. It is the politics of division stripped of any disguise.

The bet that Trump will at some point be gone and that all will return to normal is a high-risk gamble with little payback. History would suggest that it is far more difficult to reconstitute a democracy than to correct course.

If it is all so evident, if the criticism is so dominant and available, if it has made no difference yet in the way the president conducts himself, why should we say anything at all about this man?

For at least two reasons.

First, that there is a record that might be consulted in the future showing that the Catholic response was not univocal, that there were those who considered this president, “pro-life” judges aside, a danger to the republic and destructive of civility.

And, second, that what matters is not so much that anyone else is persuaded, but that we affirm that our thinking remains clear — that certain matters rise above partisan consideration. Writing it down confirms that we understand who we are, that our values are not compromised, that they’ve not been eroded by the incessant drip of insult and self-absorbed fiction issuing from the Oval Office.

Politics as usual no longer applies.

This story appeared in the July 26-Aug 8, 2019 print issue under the headline: The politics of division stripped of any disguise.