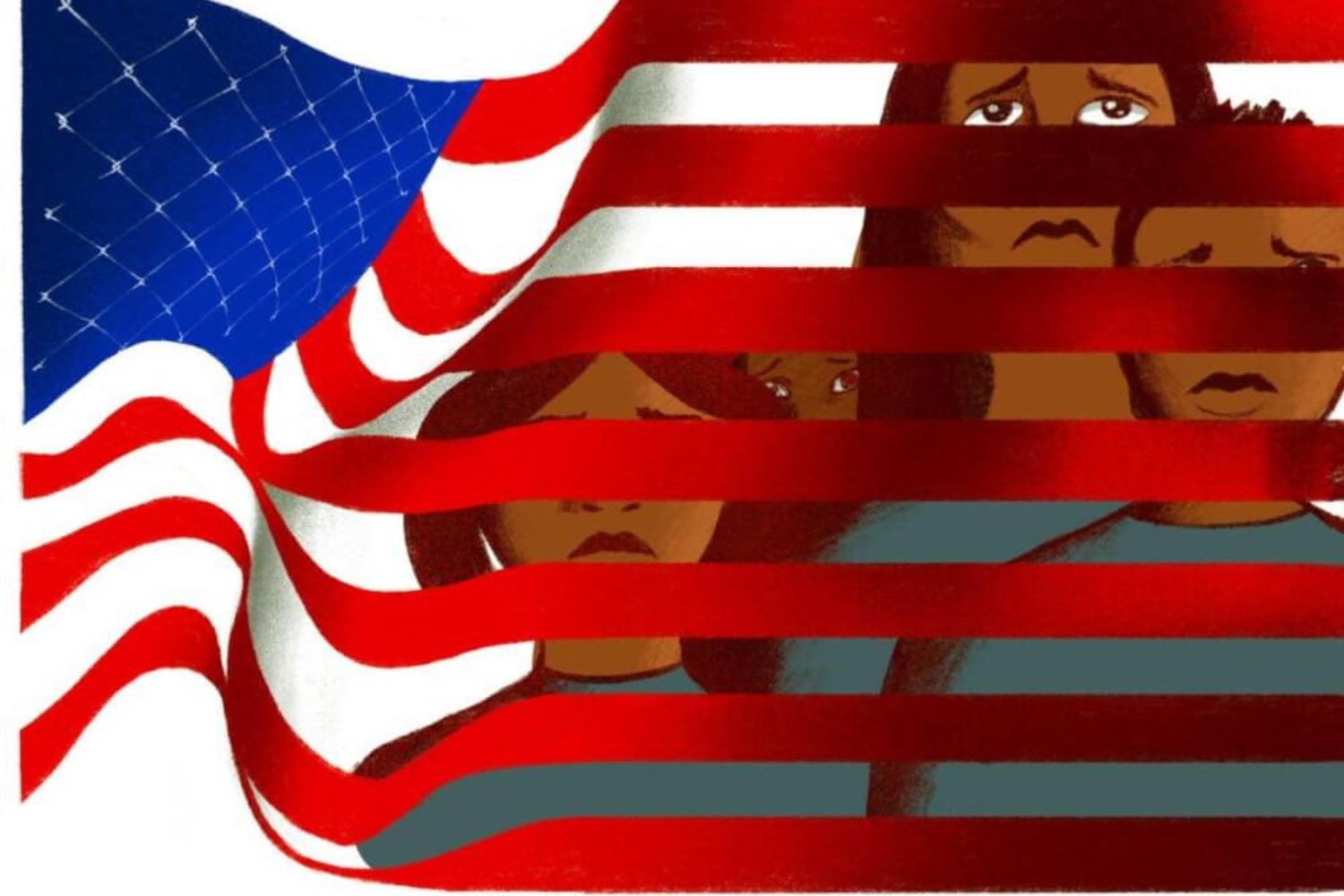 How Can We Celebrate “Freedom” While Kids Are in Concentration Camps?

WN: And damned if anyone out there for the most part cares!… I have a close relative who denies it all — that is presented in the highlighted article below. There is sadly not a bone of caring in him when it comes to the massive abuse, rampant across numerous generations, of multiplied millions of victims: Aboriginals/Native Americans, Blacks, indigenous peoples — in fact in all colonized countries by Europeans, refugees fleeing the horror of what the West caused in the first place, immigrants, Muslims, multiplied millions as well direct victims of overt and systemic racism, etc., etc., etc. My close relative simply rejects it all… such that I live in continued utter astonishment that we could have grown up together in the same family milieu, yet he nonetheless came of age on another planet utterly alien to such realities as found here described, on this Planet. Such is his complete brainwashing by the Alt-Right. I constantly ask: what hope is there for such people to actually truly “see” the world as it is.

We just watched the riveting Netflix miniseries “When They See Us” (picking up on the very theme of failure to see, released May 31, 2019. There is a companion special, titled Oprah Winfrey Presents When They See Us Now, in which the cast, the creator, and the exonerated five are interviewed, that premiered on June 12, 2019, on Netflix and the Oprah Winfrey Network.[2]) that tells of one of countless stories over the past almost two and a half centuries of the American justice system built on the foundation of the oppression of Blacks, Hispanics, often other people of colour, and poor people. The five youths wrongfully convicted for a brutal rape and beating in Central Park, New York City April, 1989, eventually are fully exonerated in 2002, then after 12 years of pressing a lawsuit against New York City received a $41-million settlement. The main justice players in the story nonetheless adamantly insist that all five are guilty!

Linda Fairstein, the Assistant District Attorney and head of the Sex Crimes Prosecution Unit at the time, and later a successful writer of crime novels, in the upheld appeal of the convictions she had engineered, was subject of one dissenting opinion (from the Wikipedia article about her):

Appellate court judge Vito Titone1 specifically named Fairstein in his dissenting opinion on the Salaam appeal. He said in an interview, “I was concerned about a criminal justice system that would tolerate the conduct of the prosecutor, Linda Fairstein, who deliberately engineered the 15-year-old’s confession. … Fairstein wanted to make a name. She didn’t care. She wasn’t a human.[17]

Tragically, such a dissenting opinion could be writ large countless times across Western justice systems throughout the world. I go into that somewhat in my “War, Police and Prisons: Cross-Examining State-Sanctioned Violence“.

One of the most notorious players in the story is Rikers jail: one that has been beyond brutal throughout its long history, and emblematic of the absolute scourge of “Corrections” in America (tragically too often in Canada too, and in many Anglo-Saxon-based democracies such as Australia and New Zealand).

I really don’t know what the hell we think we’re celebrating today. With children locked up in cages and concentration camps for the crime of being born on the wrong side of the legal fiction commonly known as a border, I don’t know who or what we think we are. But whatever it is, it has no business enjoying a holiday for “freedom.”

Pro tip, flag-waver: Your Fourth of July “freedom” narrative is a bald-faced lie. “All men are created equal” was written to represent white men, especially rich white men who owned slaves to work their land. Thomas Jefferson was one, James Madison and James Monroe were two more, as was George Washington. They wrote that line for themselves alone.

Celebrating “freedom” on this Fourth of July within the overarching context of these children’s deliberately inflicted suffering is rank hypocrisy. We are not great, we may not even be good, but we must strive to be better than this.

Like Loading...
How Can We Celebrate “Freedom” While Kids Are in Concentration Camps?, Netflix miniseries "When They See Us"