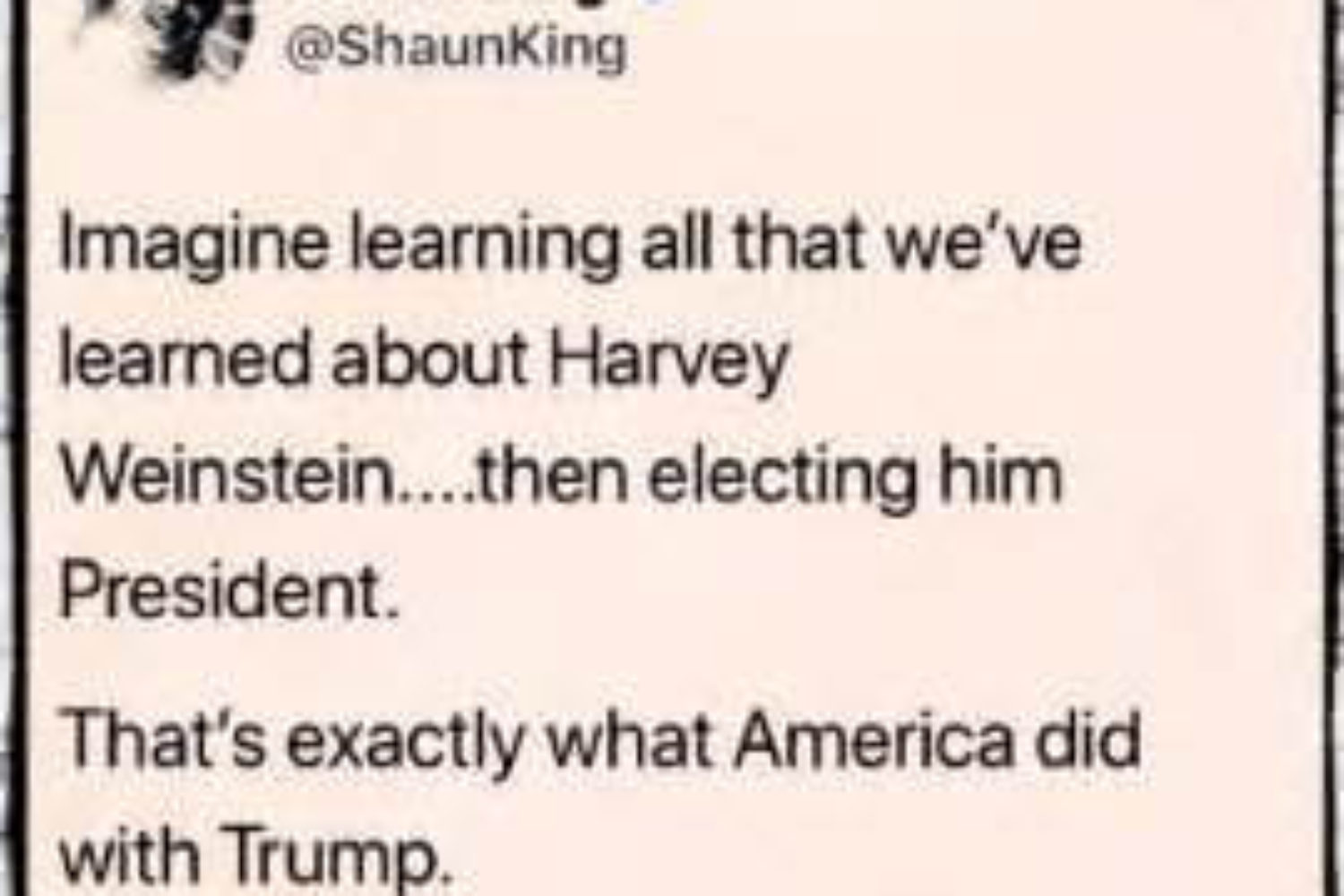 WN: The will to dominate appears in so many forms throughout all cultures. When exercised on someone, it is unadulterated violence, and it invariably leads to a lifetime fall-out of at minimum serious psychological damage for all victims. From the U.S. President to all kinds of men – at times women – in positions of power, it is a worldwide ongoing tragedy in sheer numbers of victims.

We men can vow, along with the Circles of Support and Accountability (CoSA) mantra:

Alyssa Milano took to Twitter on Sunday with an idea, suggested by a friend, she said.

She urged any women who have been sexually harassed or assaulted to write two words on Twitter: “Me too.”

“If all the women who have been sexually harassed or assaulted wrote ‘Me too’ as a status, we might give people a sense of the magnitude of the problem,” wrote the actress, who is known for her roles in “Who’s the Boss?” “Melrose Place” and “Charmed,” and as a host of “Project Runway All Stars.”

Milano starred in “Charmed” alongside Rose McGowan, one of film producer Harvey Weinstein’s accusers. She is also friends with Weinstein’s wife, Georgina Chapman, and wrote in a blog post that she was sickened by the “disturbing” sexual abuse allegations against him.

Women listened. Within hours, tweets with the words “me too” began appearing in droves. By 4 a.m. Monday, more than 200,000 #metoo tweets were published by Twitter’s count. The stories came pouring forth on Facebook as well with nearly 80,000 people said to be “talking about this” by the wee hours Monday.

The messages were striking in their simplicity, and in the sheer number of them. Those two words soon became a hashtag, the top trend nationwide on Twitter and yet another rallying cry for women — and men — who have experienced some type of sexual harassment or assault.