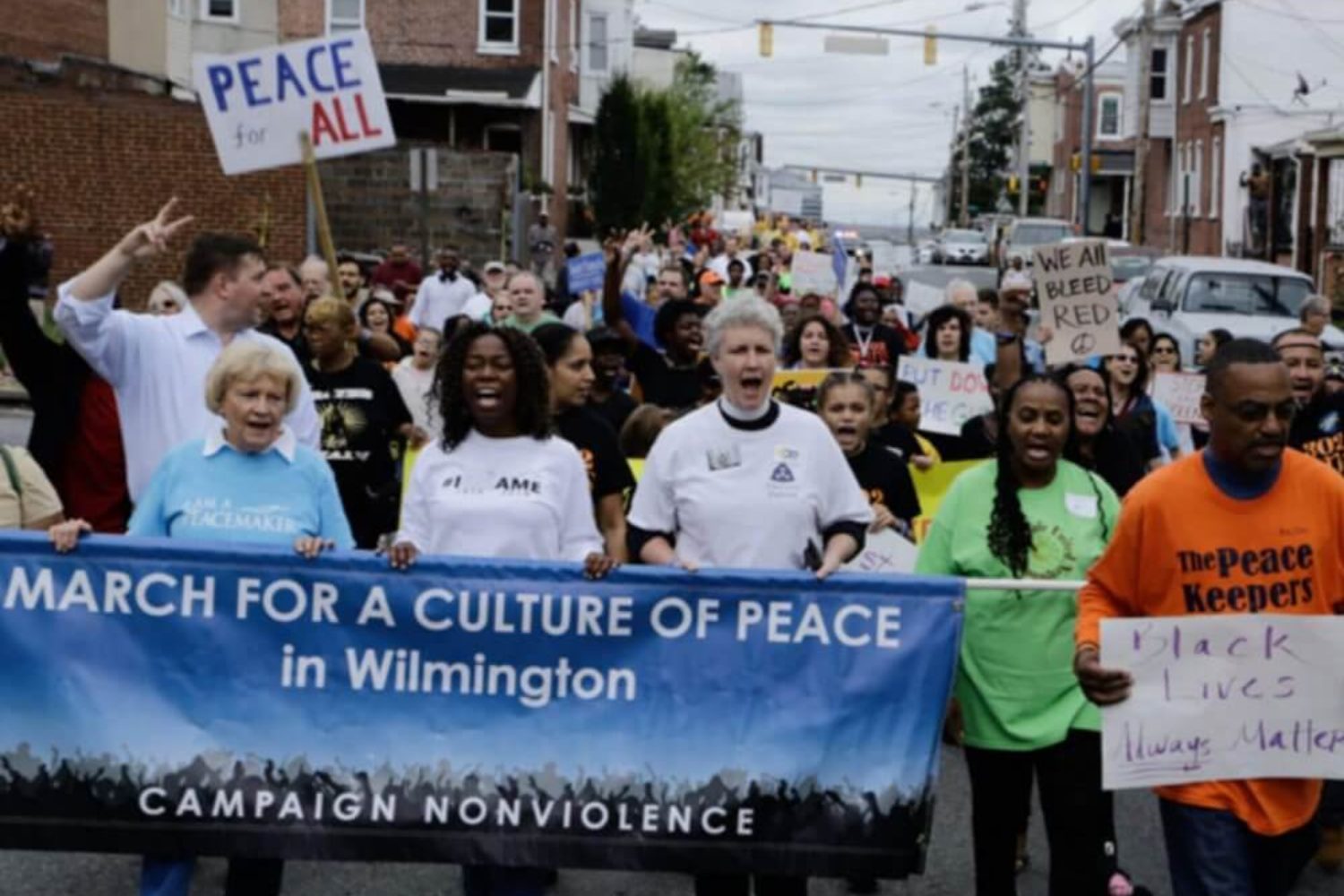 Campaign Nonviolence is a long-term grassroots movement for a culture of peace and nonviolence free from war, poverty, racism, environmental destruction and the epidemic of violence.

We invite people and organizations in the U.S. and worldwide to take action during CNV Action Week around the International Day of Peace, September 21. Together we will join our voices from around the planet to support a global nonviolent shift!

During this year’s Campaign Nonviolence Week, September 16-24, 2017 our goal is 1000+ marches, vigils, rallies and more for a culture of peace and nonviolence in cities and towns in all 50 states and in nations around the world. Together we will march against violence and for a world of peace, justice and sustainability. We will connect the dots between war, poverty, racism, climate change, and the epidemic of violence — and join forces for a culture of peace.

Plan a march and other nonviolent actions such as vigils, rallies and more! Let us know that you will be planning a nonviolent action during CNV Action Week by filling out the form on the right and well add your information to the bottom of this page soon. Once you have your action details you’ll be able to post them here.

To support these powerful forms of action, Campaign Nonviolence invites people everywhere to:

Campaign Nonviolence was launched September 21-27, 2014 with 238 marches, rallies, vigils, fasts and festivals across the nation. In 2015, 370 actions took place and 758 actions were organized in 2016. Some groups organized several events during the week, and a number hosted an event virtually everyday during Campaign Nonviolence Week, including Memphis, Honolulu, Los Angeles, Boise and other cities.  We encourage you to consider following their lead and organize more than one action in your city next September!