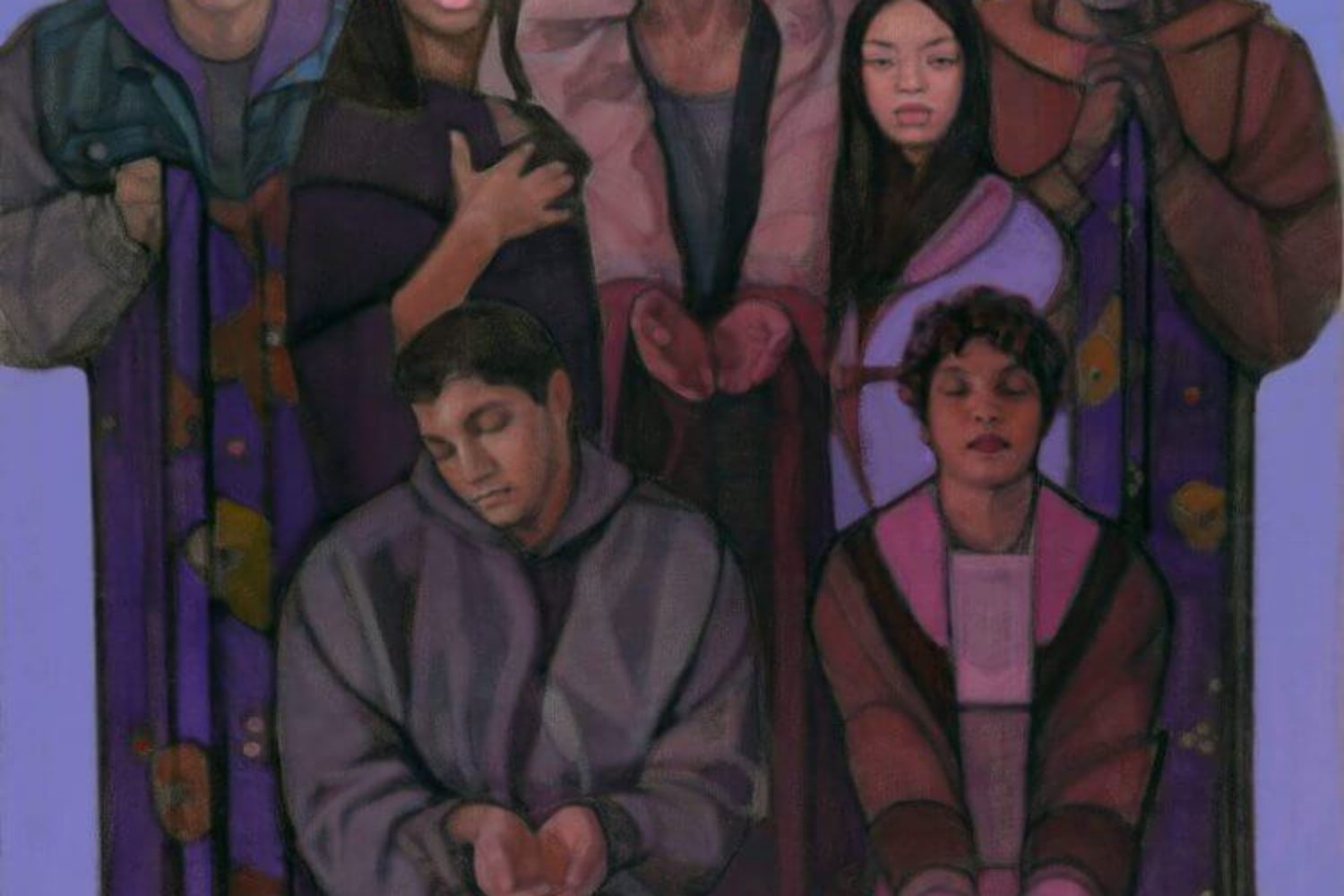 Reflecting on the artwork to Arrupe College community members in an e-mail to Fr. Katsouros, McKenzie said, “I strive to depict young people with strength, courage, presence, and dignity. The work has been a labor of love, complicated, and sincerely from the heart, and I hope and pray that your students will feel welcomed, uplifted, and affirmed.”