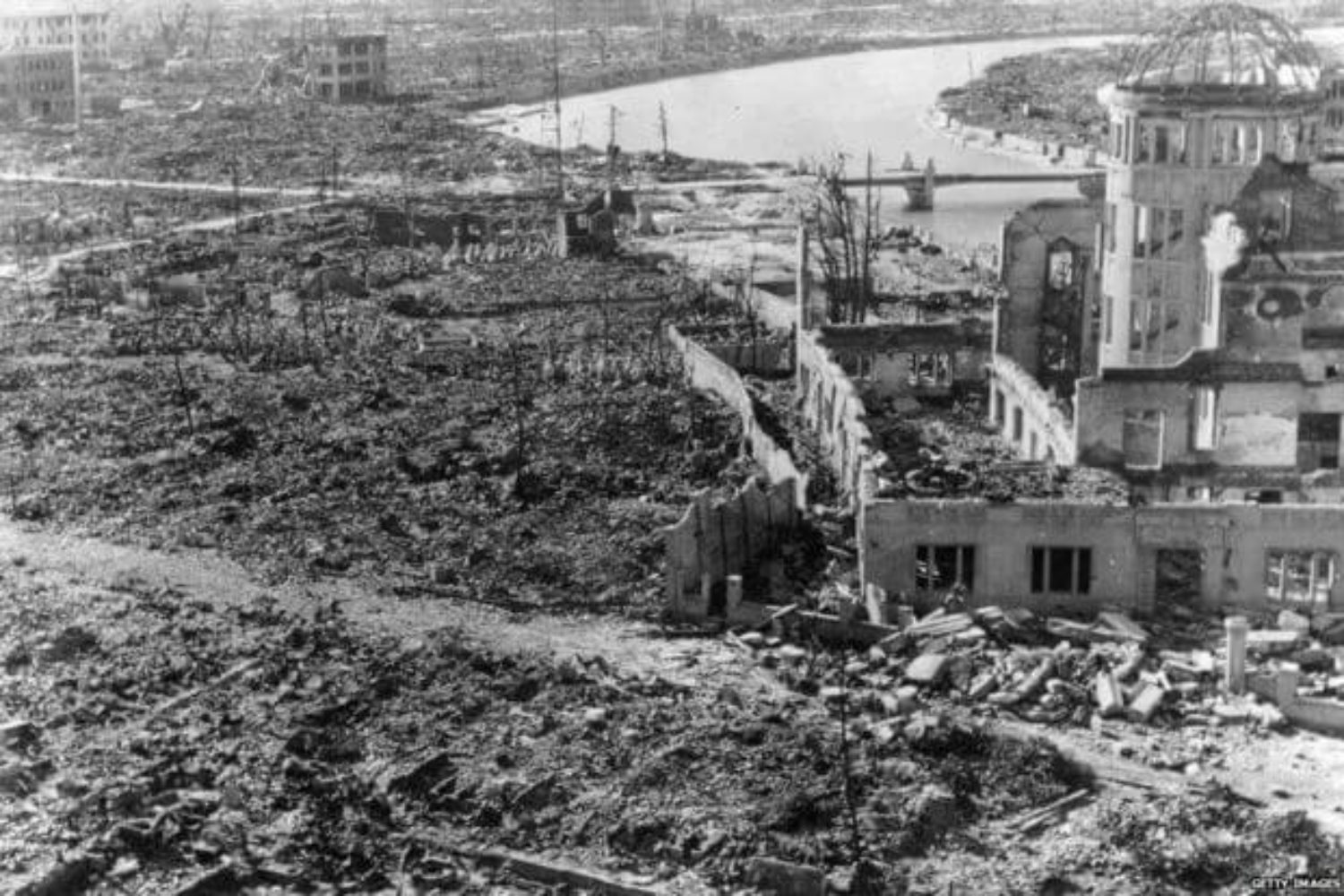 Fr. Arrupe was in Hiroshima the day of The Bomb.

Re. bomb dropped: The US President [Truman] said the atomic bomb heralded the “harnessing of the basic power of the universe”. It also marked a victory over the Germans in the race to be first to develop a weapon using atomic energy.

Fr. Pedro Arrupe, S.J., the late Superior General of the Jesuits, was in Hiroshima when the atomic bomb was dropped. His stories and personal reflections on the events of that day and those to follow were published in Pedro Arrupe: Essential Writings, authored by Kevin Burke, S.J., in 2004. Burke’s book provided me with a new and deeper understanding of Arrupe’s life, one that has profoundly impacted my approach to the work of justice grounded in faith. The following are a few excerpts of Fr. Arrupe’s reflections that give a glimpse into what he, and the victims experienced.

His First Trip Outside the Jesuit Novitiate

“I shall never forget my first sight of what was the result of the atomic bomb: a group of young women, eighteen or twenty years old, clinging to one another as they dragged themselves along the road. One had a blister that almost covered her chest; she had burns across half of her face, and a cut in her scalp caused probably by a falling tile, while great quantities of blood coursed freely down here face. On on and they came, a steady procession numbering some 150,000. This gives some idea of the scene of horror.”