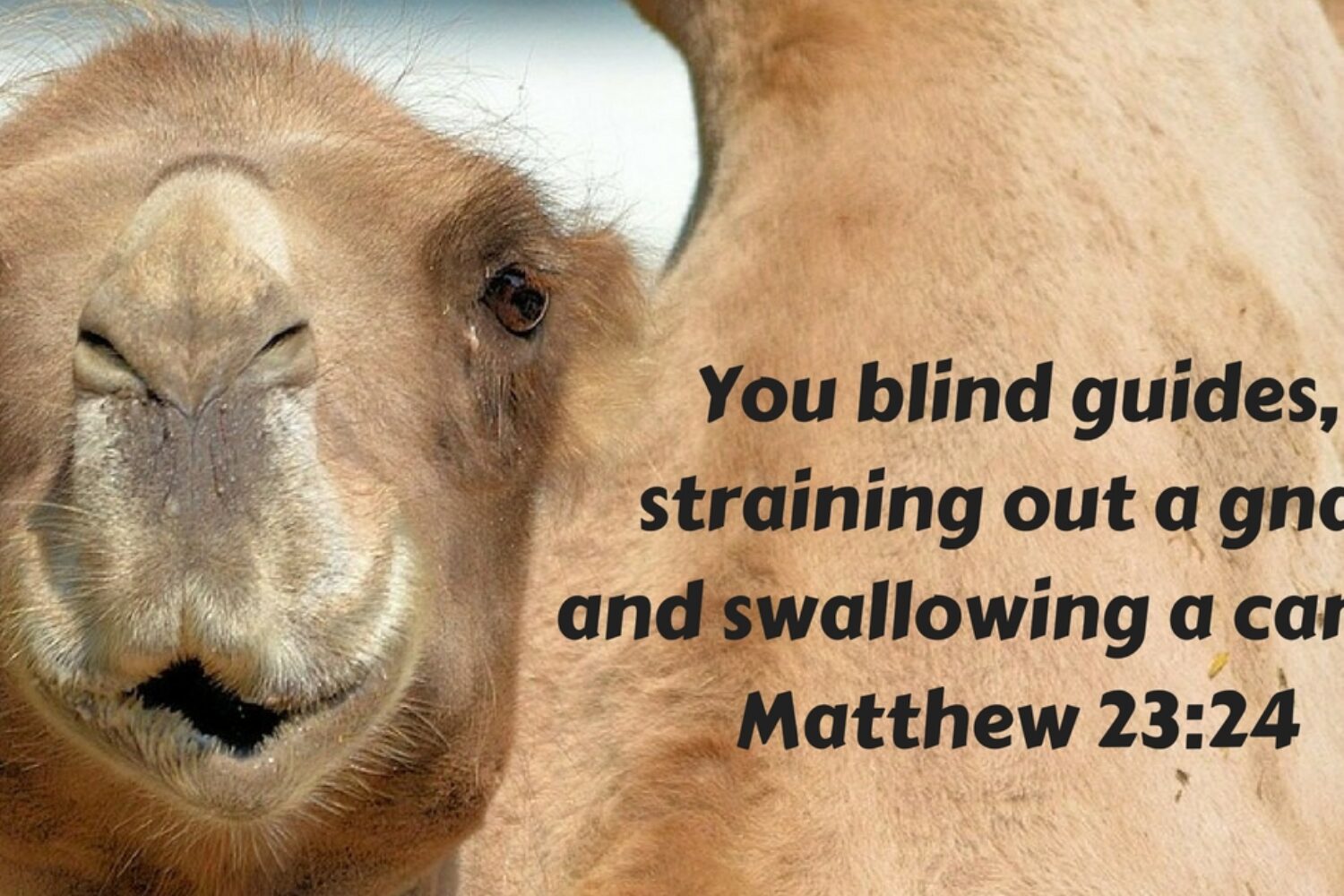 Woe to you, teachers of the law and Pharisees, you hypocrites! You give a tenth of your spices– mint, dill and cummin. But you have neglected the more important matters of the law– justice, mercy and faithfulness. You should have practiced the latter, without neglecting the former. You blind guides! You strain out a gnat but swallow a camel.(Matthew 23:23-24)

… the sayings of Jesus … forbid divorce for any cause. The prohibition is supported by an appeal to Genesis 2:24. It was a rabbinical principle that an earlier text in the Torah outweighed a later text (p. 150).

The total prohibition of divorce often makes it impossible to show compassion. One finds it difficult to believe that the refusal of compassion reflects the image of Jesus. It seems to put things before people (p. 155).

Paul in I Corinthians 7 seems to use a similar compassionate principle in looking at divorce and remarriage of a woman with a non-Christian husband. McKenzie concludes:

Here Paul thought himself empowered to apply the principle of the saying of Jesus to a case which the saying did not cover, employing a principle something like that … above; one should not in the name of the teaching of Jesus impose cruelty (p. 156).

Paul explains this modification of Jesus’ teaching by indicating,

I do not intend to propose the ethics of the just divorce as a principle for the solution of this question. This principle [just war] is what I called it, an evasion of the clear teaching of Jesus. I merely point out a certain lack of consistency. The prohibition of divorce imposes cruelty; the just war permits cruelty. I do not believe that either follows what I called the thrust of the teaching of Jesus (p. 160).

Yet more is said about divorce and remarriage by Jesus and Paul than about homosexuality. Jesus in fact does not directly mention the latter. There is no one word anywhere for homosexuality in the New Testament. What is clear from the New Testament is that all forms of sexual promiscuity including homosexual are wrong because they demonstrate rejection of God’s foundational faithfulness we are called toimitate.

Be imitators of God, therefore, as dearly loved children and live a life of love … (Ephesians 5:1 & 2a),

It is therefore an amazing sociological phenomenon within the worldwide church, anointed by Jesus to carry on his mission that faithful same-sex lifelong commitment should be absolutely ruled out, when nothing at all is said of this kind of homosexual practice in the New Testament. Paul’s interpretation in I Corinthians 7 of a similar situation in a question of divorce and remarriage embraced compassion. To deny marriage to homosexuals is a cruelty directly opposed to Christ. It denies to all with homosexual orientation intimate companionship and sexual fulfillment. This is the case likewise in rigid prohibition of divorce and remarriage. This is why the church worldwide for the most part acknowledges that divorce and remarriage grow out of sin and brokenness, and are not the creational ideal; but the church nonetheless in compassion blesses it.

It is why the church should permit same-sex, committed, lifelong marriage. John McKenzie’s final, slightly altered comments are pointed:

We meet again something which we have met earlier; and it is difficult to say this clearly. The teachings of Jesus, whatever we think they were, never relieve us of the necessity of further thought about the world and the human situation, of moral responsibility, of making decisions which he did not prefabricate for us (p. 160).

Until worldwide church leadership is at least as exercised about the violence of the state as homosexual promiscuity Jesus’ words perhaps ring true: You blind guides! You strain out a gnat but swallow a camel. (Matthew 23:24)