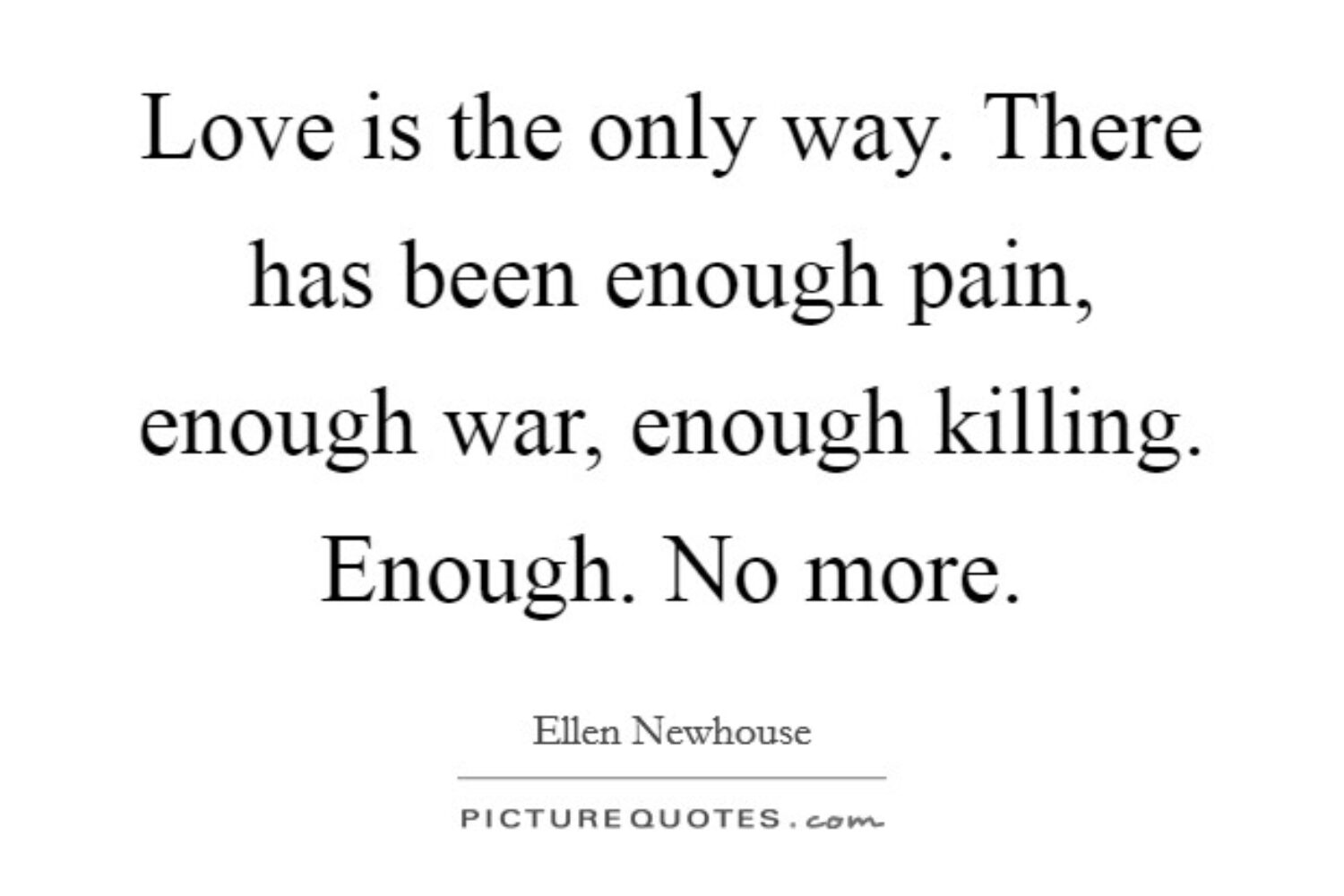 image above: Love is the only way. There has been enough pain, enough war …

WN: This is a very sobering piece by a war correspondent and a veteran about what is usually considered a “just war”: World War II.

WE Americans have the dangerous tendency in our international thinking to take a holier-than-thou attitude toward other nations. We consider ourselves to be more noble and decent than other peoples, and consequently in a better position to decide what is right and wrong in the world. What kind of war do civilians suppose we fought, anyway? We shot prisoners in cold blood, wiped out hospitals, strafed lifeboats, killed or mistreated enemy civilians, finished off the enemy wounded, tossed the dying into a hole with the dead, and in the Pacific boiled the flesh off enemy skulls to make table ornaments for sweethearts, or carved their bones into letter openers. We topped off our saturation bombing and burning of enemy civilians by dropping atomic bombs on two nearly defenseless cities, thereby setting an alltime record for instantaneous mass slaughter.

As victors we are privileged to try our defeated opponents for their crimes against humanity; but we should be realistic enough to appreciate that if we were on trial for breaking international laws, we should be found guilty on a dozen counts. We fought a dishonorable war, because morality had a low priority in battle. The tougher the fighting, the less room for decency; and in Pacific contests we saw mankind reach the blackest depths of bestiality.