Living in Communion: AN INTERVIEW WITH FATHER THOMAS HOPKO 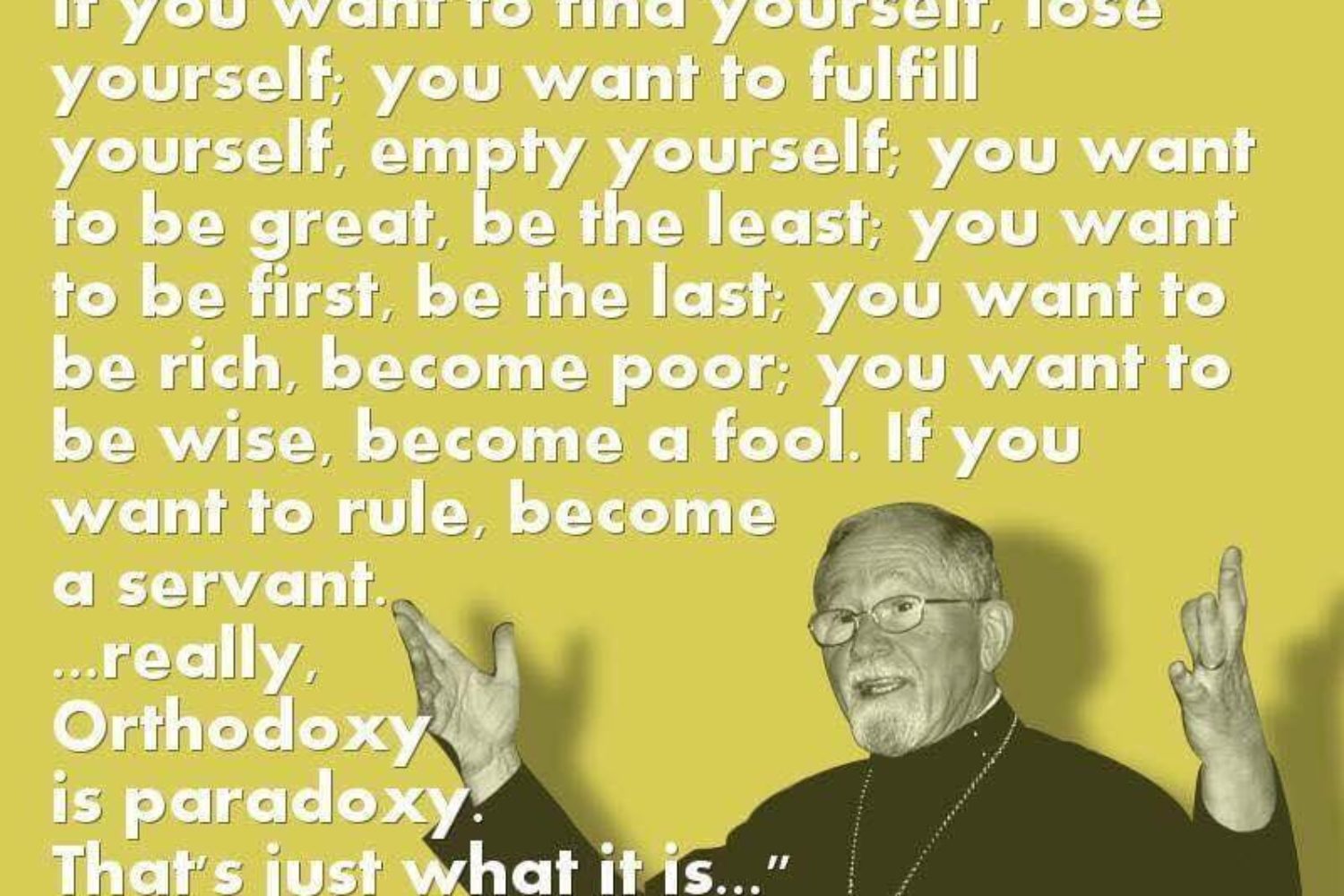 WN: This piece had an immediate profound impact on me – at least I return to it repeatedly! How much internalized? Ah… The connection of forgiveness to our being made in the image of God as persons-in-relationship as God is Trinity-in-relationship is powerful.

The Orthodox Peace Fellowship changed the name of its journal to In Communion after this article was published by then editor Jim Forest in February 1995. It is also name of its website.

This interview for me has stood the test of time, in particular due to one piece excerpted below. This understanding of the doctrine of the Trinity is best illustrated by “Ubuntu”.

An excerpt (from the introduction by the interviewer):

Father Thomas Hopko is a priest of the Orthodox Church in America and a teacher of theology and spirituality at Saint Vladimir’s Seminary in Crestwood, New York.

When we asked Father Hopko to speak to PARABOLA about the theme of “Forgiveness,” his response was immediate and enthusiastic. It is a question that has long been of concern to him and one that he places at the center of the Christian way. Father Hopko’s intensity is deeply informed by his devotion to the traditions of his Church. He is a committed man, and speaks with a force that brings his words about the process of forgiveness to a vivid and compelling life.

TH: Yes. I would prefer the word communion to relationship, but yes. The Orthodox approach is that we are made in the image and likeness of God, and that God is a Trinity of persons in absolute identity of being and of life in perfect communion. Therefore, communion is the given. Anything that breaks that communion destroys the very roots of our existence. That’s why forgiveness is essential if there is going to be human life in the image of God. We are all sinners, living with other sinners, and so seventy—times—seven’’ times a day we must reestablish the communion—and want to do so. The desire is the main thing, and the feeling that it is of value.

The obsession with relationship—the individual in search of relation¬ships—in the modern world shows that there is an ontological crack in our being. There is no such thing as an individual—he was created, probably, in a Western European university. We don’t recognize our essential communion. I don’t look at you and say, “You are my life.”

I once had a discussion with someone on a Sunday-morning television program about this. We were asked what we thought was most important in Christianity, and part of what I said was that the only way we can find ourselves is to deny ourselves. That’s Christ’s teaching. If you try to cling to yourself, you will lose yourself. And of course, the unwillingness to forgive is the ultimate act of not wanting to let yourself go. You want to defend yourself, assert yourself, protect yourself, and so on. There is a consistent line through the Gospel—if you want to be the first you must will to be the last, and so on. And the other fellow, who taught the psychology of religion at one of the Protestant seminaries, said, “What you are saying is the source of the neuroses of Western society. What we need is healthy self-love and healthy self-esteem.” And then he quoted that line, “you shall love your neighbor as you love yourself.” He insisted that you must love yourself first and have a sense of dignity. If one has that, however, forgiveness is then either out of the question or an act of condescension toward the poor sinner. It is no longer an identification with the other as a sinner, too. I said that of course if we are made in the image of God it’s quite self-affirming, and self-hatred is an evil. But my main point is that there is no self there to be defended except the one that comes into existence by the act of love and self-emptying. It’s only by loving the other that myself actually emerges. And forgiveness is at the heart of that.

As we were leaving we saw a very old, venerable rabbi with a shining face. He called us over and asked if he could say something to us. “That line, you know, comes from the Torah, from Leviticus,” he said, “and it cannot possibly be translated ‘love your neighbor as you love yourself.’ What it says is ‘you shall love your neighbor as being your own self.’ “ Your neighbor is your true self. You have no self in yourself.

After I heard this I started reading the Church Fathers in this light, and that’s what they all say. They say, “Your brother is your life.” I have no self in myself except the one that is fulfilled by loving the other. The Trinitarian character of God is a metaphysical absolute here, so to speak. God’s own self is another—his Son, to use Christian evangelical terms. The same thing hap¬pens on the human level; so the minute I don’t feel deeply that my real self is the other, then I’ll have no reason to forgive anyone. But if that is my reality, and my only real self is the other, and my own identity and fulfillment emerges only in the act of loving the other, that gives substance to the idea that we are potentially God-like beings. Now, if you add to that that we are all to some degree faulty, weak, and so on, that act of love will always be an act of forgiveness. That’s how I find and fulfill myself as a human being made in God’ s image. Otherwise, I cannot. So the act of forgiveness is the very act by which our humanity is constituted. Deny that, and we kill ourselves. It’s a metaphysical suicide.

doctrine of the Trinity, forgiveness, living in communion, no to "I think therefore I am" and Yes to loving neighbour as oneself equates to finding myself repeatedly in the neighbour/enemy, spirituality, theology, Ubuntu, Western spirituality