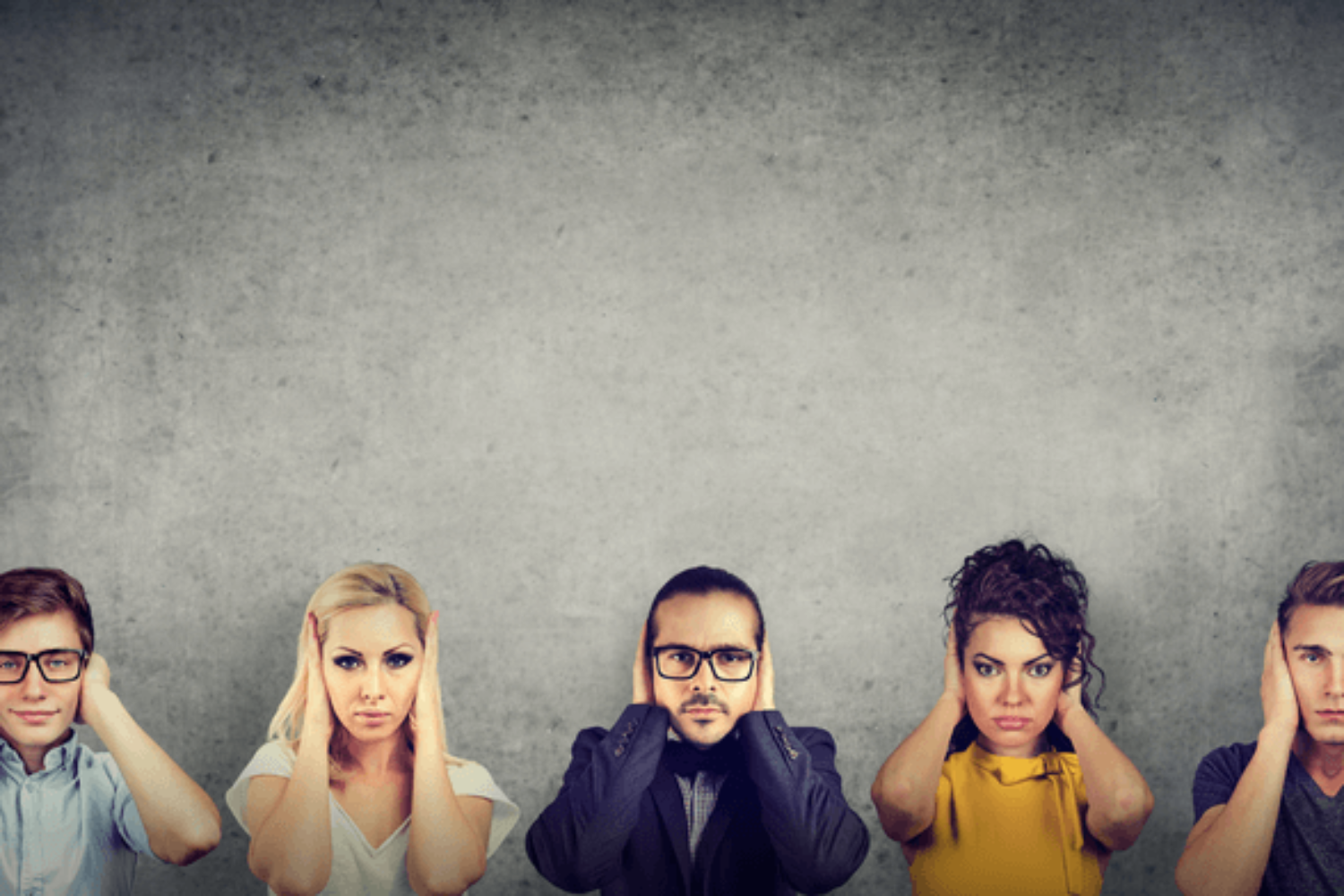 Julie Schumacher Cohen is Director of Community and Government Relations at The University of Scranton. She is the former Deputy Director of Churches for Middle East Peace, Senior Fellow for the Telos Group and a facilitator for Soliya’s Connect Program.

Describing America as “polarized” is like saying “water is wet.” Our political moment is clearly fractured and scalded by resurgent populism, rising inequality and fervent nationalism. We debate whether or not to even talk with one another across ideological divides—especially on issues where there is a deeply personal stake.

Recent resistance to engagement was heard from prominent voices on the political left, after the 2016 election of President Donald J. Trump. It came to a head in summer 2018. Trump Administration officials were asked to leave restaurants by citizens opposed to their harsh family separation policies at the U.S.-Mexico border. In this confrontational political climate, former first lady Michelle Obama’s famous advice, “When they go low, we go high,” was replaced with Eric Holder’s version: “When they go low, we kick them” and Hillary Clinton’s assertion that “You cannot be civil with a political party that wants to destroy what you stand for, what you care about.”

Dialogue as a primary value
For the last three years, I have helped to create and lead a collaborative, interdisciplinary civic engagement initiative at The University of Scranton. It is aimed at “bursting our political bubbles.” We facilitate at this Jesuit university constructive conversations between students and also with local residents. Participants of diverse backgrounds and political affiliations come together to talk about tough issues, from guns to free speech to the kneeling protests in professional and college football.

The work we are doing brings to mind a similar set of questions about the efficacy of engagement through dialogue that arose when I worked for the Washington, D.C.-based advocacy organization Churches for Middle East Peace in the 2000’s.

Increasingly, Americans who have worked on international conflicts are bringing home their lessons learned. They are creating dialogue and discussion groups aimed at addressing dehumanizing political rhetoric, outbreaks of political violence and other “red flags” in our own democracy. (In fact, researchers have found that Republicans and Democrats ascribe positive motives to themselves and hateful ones to their opponents—what is known as “motive attribution asymmetry”—at a level comparable to that of Palestinians and Israelis.)

One international practitioner applying his experience to the United States, Shamil Idriss, CEO of the NGO Search for Common Ground, recently wrote that “when you study what actually transforms people… it is almost never the experience of being shouted down or shut out, but rather human connections with the very people that they had learned to hate.” A notable and provocative example is the work of the African-American musician Daryl Davis, who engages members of the Ku Klux Klan on conversations about race.

When you study what actually transforms people it is almost never the experience of being shouted down or shut out, but rather human connections.

There may be times and places where dialogue becomes close to, if not completely, impossible. It cannot solve all problems or bridge all gaps. Calling for coexistence without seriously addressing the issues that underlie polarization can become a shallow call for peace with no justice. As the University of Virginia professor Rachel Wahl has written, “In settings of inequality and conflict, asking people to learn from one another carries significant risks and trade-offs.”

The Israel-Palestine quandary
The Holy Land today is riven by Israel’s long-standing occupation and ever-expanding settlements in the West Bank and East Jerusalem. It is literally divided by the system of walls and fences, the “separation barrier” that keeps Israelis and Palestinians physically apart and also cuts into land on which Palestinians have hoped to form a state. In this context, many Palestinians and some peace activists believe that dialogue with Israeli citizens risks “normalizing” these entrenched systems of injustices; in particular because these injustices reflect the imbalance of power between Israelis and Palestinians.

Calling for coexistence without seriously addressing the issues that underlie polarization can become a shallow call for peace with no justice.

The Israeli government, for its part, has opposed some person-to-person activities that challenge the status quo, including a joint Israeli-Palestinian Memorial Day ceremony. Moreover, many Israelis adhere to a mantra that “there is no one to talk to” about peace on the Palestinian side. This distrust by Israelis, buoyed in part by memories of historic Jewish persecution and reinforced when rockets are lobbed from Gaza, often persists even where there is no violence between the two parties. The result is an Israeli populace largely detached from the harmful impact of its government’s policies on Palestinian daily life.

I am an American-born daughter of a Jewish Israeli. It was in part the lack of Israeli-Palestinian interaction and wariness toward engagement that led me, nearly 20 years ago, to study abroad in East Jerusalem. There, I volunteered in the West Bank and studied under a Palestinian Catholic professor who became a mentor and friend. These were transformational experiences that have informed my work since.Today, those relatively few Israelis and Palestinians who do choose to engage in dialogue face significant obstacles, even jail time; some are motivated by the shared devastating loss of a child as felt by the 600 bereaved mothers and fathers who come together through the Parents Circle Families Forum.

Dialogue, advocacy, protest and solidarity with the marginalized are not actions mutually exclusive of the others.

The Jesuits and American opportunity
Dialogue, advocacy, protest and solidarity with the marginalized are not actions mutually exclusive of the others. None represents the only way to pursue nonviolence and peacebuilding. For instance, it is altogether possible for a Jesuit institution of higher education both to advocate in support of its undocumented students—presidents of these colleges writing letters in support of DACA, for instance—and create space for open discussion on immigration policy where different views can be expressed.

Understanding what is at the heart of the matter for those with whom we disagree—what lies under the surface, what they most fear losing—can actually make one a more effective advocate for their own cause. Seeking to make change by searching for “root” causes is the etymological basis of what it means to be a “radical.” Dialogue is a way to identify those underlying issues at the source of conflict, and potentially realize shared values and areas of common ground. Some moments call for grassroots action and protest, while others call for building bridges. Engagement with one’s opponents represents an active refusal to write them off.

Jane Addams was noted for her “ability to advocate for change and to maintain relationships across powerful differences.”

In the Ignatian tradition, as the late theologian Frank Turner, S.J., has described, advocacy itself is a “form of conversation or dialogue: it seeks to include those people we challenge in the conversation, not to reject them… [it] is done from the perspective of the oppressed and excluded, but in an open spirit.”

Similarly, the environmental justice advocate Kristin Shrader-Frechette has coined the term “open-minded advocacy,” which has been used to describe the work of the Nobel Peace Prize winner Jane Addams, who was noted for her “ability to advocate for change and to maintain relationships across powerful differences.”

Also relevant is the Ignatian “plus sign”, whereby one attempts to look for positive, not only negative, intentions and bases in others’ words. As another Jesuit, Helmick Raymond, has explained in relation to his work in conflict zones, this “benefit of the doubt” is not rooted in mere charity but rather aimed at education. It is about learning what, if any, truth might be found behind the distasteful impulses of an antagonist. The best kind of faith-based advocacy tries to address our opponents’ legitimate motivations and concerns, even as that advocacy charts new, more just solutions.

Using the Ignatian “plus sign”, one attempts to look for positive, nopt only negative, intentions and bases in others’ words.

In reality, few of us would boast about how much we actually love our enemies—what the theologian Walter Wink described as one of the “acid tests of true Christianity.” This act of loving is not a matter of optimism. Rather, it is an attempt “to live the Beyond here and now”—the sort of eschatological theology proposed by Christian de Cherge. A French monk and Catholic saint, de Cherge practiced a Christian-Muslim dialogue through his life and ministry in Algeria during that country’s post-colonial transition. De Cherge continued to see God in fundamentalists whom he called “brothers” even as it became clear they might kill him.

Critics fail to grasp what is in fact the difficult and countercultural nature of nonviolent communication.

Helen Prejean, C.S.J., a longtime anti-death penalty activist, said that “people are more than the worst thing they have ever done in their lives”—words echoed by various change-makers. She was talking about individuals whose crimes were truly horrific. Yet she engages them, loves them, prays they might repent and hopes that the victims’ families can forgive and find solace in nonviolent justice.

Positive results
It may only seem possible for a select few to fully respond to the Gospel entreaty to love even those who hate us. Yet it is the responsibility of a much larger contingency to dialogue across differences in the divided democracy of today’s United States. This work demands much of us.