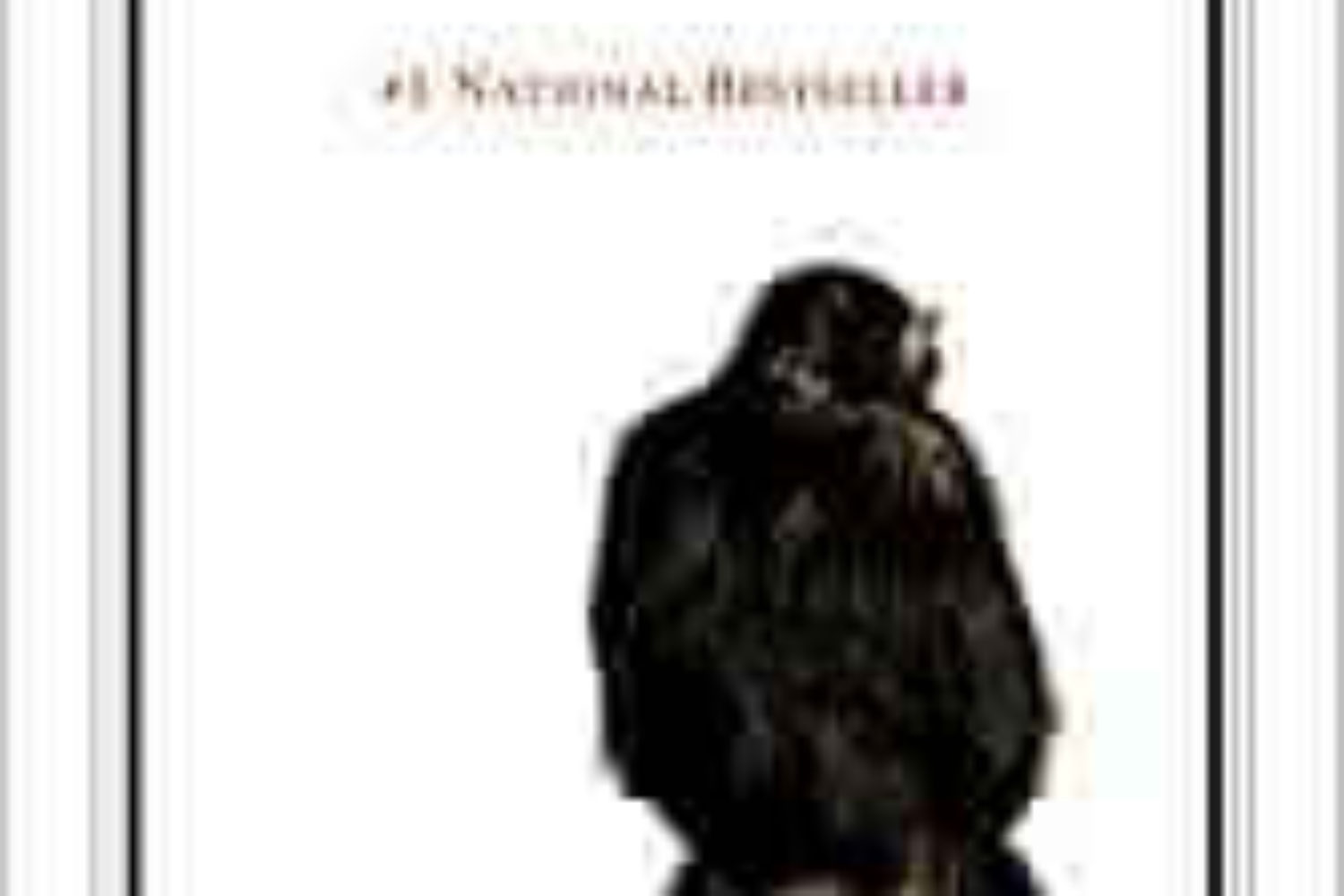 Author of 2004’s ‘A Short History of Progress’ issues a progress report.

The author delivered the CBC Massey Lectures in 2004, and they were published and eventually translated into almost 20 languages. An anniversary edition this year bears the original title: A Short History of Progress. Of it we read:

Each time history repeats itself, so it’s said, the price goes up. The twentieth century was a time of runaway growth in human population, consumption, and technology, placing a colossal load on all natural systems, especially earth, air, and water — the very elements of life. The most urgent questions of the twenty-first century are: Where will this growth lead? Can it be consolidated or sustained? And what kind of world is our present bequeathing to our future?

In his #1 national bestseller A Short History of Progress Ronald Wright argues that our modern predicament is as old as civilization, a 10,000-year experiment we have participated in but seldom controlled. Only by understanding the patterns of triumph and disaster that humanity has repeated around the world since the Stone Age can we recognize the experiment’s inherent dangers, and, with luck and wisdom, shape its outcome.

In the fifteenth anniversary’s Introduction–the only part of the text changed–he concludes:

Often when I read the news these days, I feel I’ve awakened in a dystopia I foretold, not yet in the jungled ruins of London but well on the way there. Perhaps our odds have fallen to one in three. So yes, I am less hopeful than I was in 2004. But I still have hope. Giving up in despair is a self-fulfilling prophecy. Even if the chance of success is only one in ten, it is still worth fighting for. And if we fail to act, nature will do so with the rough justice she serves on those who are too many and who take too much.

And while eco-anxiety is now a spreading psychological phenomenon, the vast majority of humanity in our wealthiest countries live in simple denial. As Archbishop Desmond Tutu in No Future Without Forgiveness commented about the brutal suppression of blacks and dissidents during the apartheid years:

The former apartheid cabinet member Leon Wessels was closer to the mark when he said that they had not wanted to know, for there were those who tried to alert them (p. 269).

When I lived for two years in West Berlin in the early 1970s, in the impertinence of youth I asked a few older persons in church, “Haben Sie nicht gewußt?” — Didn’t you know — about the Nazi Holocaust? Their eyes invariably betrayed their “Nein“. No one lived in Germany during those years who did not know!

In Richard Adams’ Watership Down, a group of rabbits flees impending disaster to their warren. They arrive in their travels at what first is considered the ideal warren. We read:

The rabbits go through several adventures before Hazel successfully brings them to a field where they believe they can live. But the field is already inhabited by a group of rabbits, who seem strange but let the travelers stay with them. Fiver warns the rabbits not to join the new warren, but they do not listen to him because the living is easy and there is food for everyone. There is something odd about the warren, but they cannot figure out what it is. Finally, after an argument with Fiver, Bigwig gets caught in a snare. Hazel and the other rabbits manage to get him out, although they get no help from the rabbits who live in the warren. Fiver figures it all out, explaining to the group that a farmer leaves the great food behind for the rabbits in order to fatten them up before he catches them in his snares. They decide to leave, and one rabbit from the new warren, Strawberry, comes with them (“Watership Down Summary”).

This is surely a parable for our modern denialism about Anthropogenic Climate Disruption, and massive depletion of Earth’s resources by our rapacious technologies.

As Ronald Wright observes, this has been the pattern in the last 10,000 years of “civilization”. The plaintive song, “Where Have All The Flowers Gone?“, by Peter Paul and Mary, contains the haunting refrain:

Change “they” to “we”, and we have a requiem for past great “civilizations” to be sure. But possibly one for our “civilization” as well . . . Wisdom or Greed indeed!

excerpts from the Introduction:

When I was asked a few years later to give the CBC Massey Lectures, I decided to write more explicitly about the catastrophic fall of past civilizations and what we might learn from them to avoid a similar fate. The underlying pattern to the cases I examined was that all became victims of their own success. None was able to reform or adapt effectively, and most didn’t even try — at least, not until it was too late. This gave me the idea of the progress trap: a seductive chain of successes that, upon reaching a certain scale, leads to disaster.

The commanding heights of this group, the billionaires’ club, has more than 2,200 members with a combined known worth nearing $ 10 trillion; this super-elite not only consumes at a rate never seen before but also deploys its wealth to influence government policy, media content, and key elections. Such, in a few words, is the shape of the human pyramid today. The 2008 crash triggered by

banking fraud was staved off by money-printing and record debt. This primed a short-run recovery, which has in turn revived illusions we can borrow from nature and the future indefinitely — illusions fed by irresponsible politicians, corporate think tanks, and Panglossian[ref number”1″] marked by the view that all is for the best in this best of possible worlds : excessively optimistic)) cherry-pickers such as Steven Pinker.

One of the sad ironies of our time is that we have become very good at studying nature just as it begins to sicken and die under our weight. “Weight” is no mere metaphor: of all land mammals and birds alive today, humans and their livestock make up 96 per cent of the biomass; wildlife has dwindled to 4 per cent. This has no precedent. Not so far back in history, the proportions were the other way round. As recently as 1970, humans were only half and wildlife more than twice their present numbers. These closely linked figures are milestones along our rush towards a trashed and looted planet, stripped of diversity, wildness, and resilience; strewn with waste. Such is the measure of our success.

We are cheating our children, handing them tawdry luxuries and addictive gadgets while we take away what’s left of the wealth, wonder, and possibility of the pristine Earth. Calculations of humanity’s footprint suggest we have been in “ecological deficit,” taking more than Earth’s biological systems can withstand, for at least thirty years. Topsoil is being lost between ten and forty times faster than nature can replenish it; 30 per cent of arable land has been exhausted since the mid-twentieth century.

Whether we are triggering an extinction as severe as the one that killed the dinosaurs, when three-quarters of all species were wiped out, is still to be seen. By the time the answer is clear, there could be nobody left to know it. The lesson of fallen societies is that civilization itself is a vulnerable organism, especially when it seems almighty. We are the world’s top predator, and predators crash suddenly when they outgrow their prey. Every day, the odds climb higher that our ecological rampage will bring civilization down. If the resulting chaos unleashes full-scale nuclear war, it could well amount to a mass extinction, with Homo sapiens among the noted dead.

The failure of democratically elected governments to stand up for the greater good over the long run is fuelling disillusionment with democracy itself, above all among the young. Since neoliberalism took hold in the 1980s, power and money have ebbed from governments and flowed to corporations. Much of the top talent has followed that tide, draining prestige and expertise from public life. Corruptibility, low calibre, and sheer incompetence are the hallmarks of too many so-called leaders. Meanwhile, a revolt against taxation by the wealthy and by corporations, ever threatening to take their business to more “tax competitive” regimes, is resulting in decay of conservation measures, public education, civic values, and the social safety net. 26 Big Tech corporations such as Apple, Google, and Facebook have amassed vast fortunes by finessing a cloud-like, non-territorial status, evading their fair share of tax through jurisdictional sleight of hand. And these are just the quasi-lawful ways of dodging social responsibility. There is something badly wrong with an economic regime in which twenty-six individuals own as much as half the world’s population.

A new yet significant part of that influence is wielded by the IT and social media industry, which in little more than a decade has not only evaded regulation but hollowed out professional journalism, invaded privacy, and grown fat by pushing a new opium of the people: an algorithmic brew of ceaseless distraction, interruption, titillation, and tailored propaganda that threatens to lock us inside a virtual present uncoupled from reality and truth.