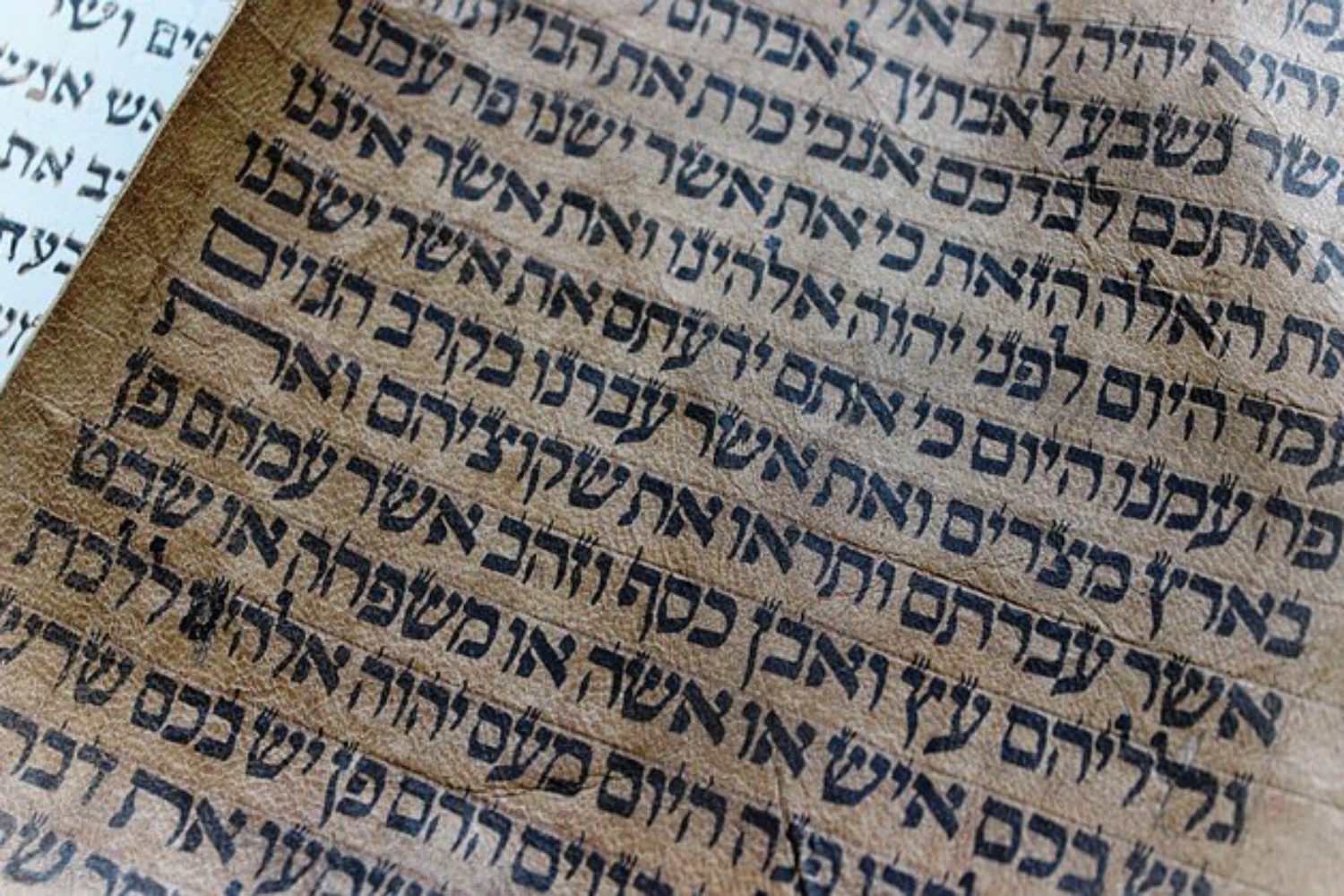 On Biblical Inerrancy: Some Reflections for United Methodists and Other “Christians”

Image above:  Robert C from Pixabay

WN: I was raised on the notion of biblical inerrancy — “in the original documents”. For as long as I can remember, such an idea struck as passing strange, since the “originals” were forever lost, rendering the claim Angel-Moronishly silly and non-falsifiably a tad beside the point! And I soon enough learned that the process of textual transmission was replete with interpreters and fallible copyists over millennia, etc… Besides which, I came to understand: Jesus is the Word of God according to Scripture — and not the Bible. In fact, Jesus stands in judgment of the text when at odds with his teaching. “But I say unto you…” is Jesus’ direct challenge. Jesus overshadows as wisdom oracle Moses and Elijah (the Law and the Prophets) as seen in the mystical Mount of Transfiguration scene (an insight from Pastor Brian Zahnd in Clarion Call of Love: Essays in Gratitude to Archbishop Lazar Puhalo). In fact, according to Matthew’s Gospel, chapter 22:35ff:

35One of them, an expert in the law, tested him with this question:

36“Teacher, which is the greatest commandment in the Law?”

which (Torah and Prophets) Paul then reduces to One in Romans 13:9 in summation: You shall love your neighbour as yourself1; that James in turn in 2:8 calls the royal law.

So the New Testament offers an interesting distillation from Ten to Two to One: yielding as the one supreme thing ultimately needful a concentrated dose then lifestyle of love.

Put differently: Jesus is the interpretative grid for living out the Christian life, and that grid’s name is Love. The Personal Mantra on this site’s HOME page spells out further the implications/bottom line. This is why Tradition (the “great cloud of witnesses”) in Anglicanism, Orthodoxy and Catholicism makes most sense in showing how to follow Jesus.

A recent publication by father and son team, John H. Walton and J. Harvey Walton from a conservative viewpoint draws attention to — as does the article highlighted below — the Torah (Law) as setting out “order and wisdom”, and not remotely giving direct prescriptions about life in our modern world. You may read more about their approach in this post: “John Walton’s Finest?“.

The United Methodist Church, one of the largest Protestant denominations in the United States, voted on Tuesday, February 26th, to affirm its official stance that homosexuality is “incompatible with Christian teaching.” Not all Methodists agree with this view, of course, as is detailed in an article on the vote in The New York Times. Many do, though, hence the outcome of the vote. And Methodists are not the only “Christians” who consider homosexuality incompatible with Christian teaching. People who hold this view usually justify it by pointing to specific passages in the New Testament that appear to support it. The question is: Does the New Testament unequivocally condemn homosexuality?

Let’s assume, for the sake of argument, that the Bible is inerrant. What are the implications of that? That means, it would appear, that the Bible can’t be wrong in either descriptive or prescriptive terms. What does it mean, though, to be “right” in those terms? Is the primary purpose of historical narrative to present an accurate reconstruction of past events, or is it to guide readers, or listeners, to teach them something about human folly, human weakness and frailty, with the aim of making humanity’s future better than its past? Is an “accurate” historical narrative one that gets the facts right or one that presents them in a way that will be optimally instructive?

My concern here is not so much with the descriptive nature of biblical narrative as with its prescriptive nature. People who believe in biblical inerrancy often do so because they believe the Bible is God’s speaking directly to humanity and that that message contains rules for how we are to behave. Even if it were the case that the Bible was God speaking directly to humanity, it would not solve the problem of determining what God meant in a particular instance because all communication is meaningful as such only after it has been interpreted, and any interpretation undertaken by people who are assumed to be marred by sin is going to be problematic. “Love your neighbor” seems fairly uncomplicated and yet for some people that means forcing their neighbor to pull himself up by his own bootstraps, while for other people it means positively assisting their neighbor in his efforts to stand on his own.

But assume, for the sake of argument, that we have the original texts of the New Testament in their pristine and unadulterated form. Even that would not relieve of us the burden of interpretation. Even that would not eliminate all possibility of error in our interpretations. Take, for example, Matthew 13:12: “For to him who has will more be given, and he will have abundance, but from him who has not, even what he has will be taken away” (Revised Standard Version).

To him who has what? What does that passage mean? Is it a reference to how wretched is humanity that it would so order itself that the rich would get richer and the poor get poorer? That’s how Billie Holiday interpreted it. Does it refer to love, so that it means the more love a person has, the more love that person will receive? That’s how I used to like to think of that passage. It makes sense to me that loving people would tend to be more loved than those who were less loving.

But then one day I became curious and decided to find out what the Greek term was that was translated as “has” in that passage and learned to my surprise that among the many meanings of that term, ἔχω, listed in the online edition of the Liddell-Scott dictionary of ancient Greek, was “to possess mentally, understand” (sadly, I can’t include a link because the site requires a login). So the passage might actually mean something like “to him who understands more understanding will be given,” etc.

Of course it is possible that Paul really did mean to condemn homosexuality as such. Human beings throughout history have

condemned certain things as “deviant” simply because they were not the norm. That is the origin of the pejorative connotations of “sinister,” a Latin word that simply means “left.” There was a time when purportedly good, God-fearing Christians believed left-handed people were in league with Lucifer.

Fortunately, few Christians believe that now. They abandoned that view, presumably, because someone actually thought about it a little and decided that it would be inconsistent with Jesus’s teachings to condemn people simply because they were different.

So if Paul actually meant to condemn homosexuality as such rather than simply to condemn unrestrained physical passion, that would appear to be a place where he erred in his understanding of Jesus’s teaching. We don’t have to assume that’s what he meant, though, at least not in that passage. It isn’t actually all that clear what he meant. We have to try to figure that out for ourselves.

I’m inclined, sometimes, to think of Biblical inerrancy as consisting in the inexorable quality of scripture to reveal what lies deepest in people. My mother, whose parents were both ministers in the Assemblies of God church, once said that in her experience religion made good people better and bad people worse.

So don’t be quick to judge the meaning of scripture. Even if the truth is always there somewhere its substance is arguably rarely obvious. One must look deeply into any text in order to divine its true meaning and nowhere is this more true than with the Bible, hence James’s admonition that one must “persevere” when attempting to understand it (James 1:25). Even people who believe in biblical inerrancy must look long and hard into the “mirror” of the New Testament if they want to divine God’s message to humanity there.

So look long and hard into the mirror of what you assume to be God’s word. If what is reflected back to you is anger and condemnation, then look again. Look again and keep looking.

Persevere in your looking until what is reflected back to you is love.