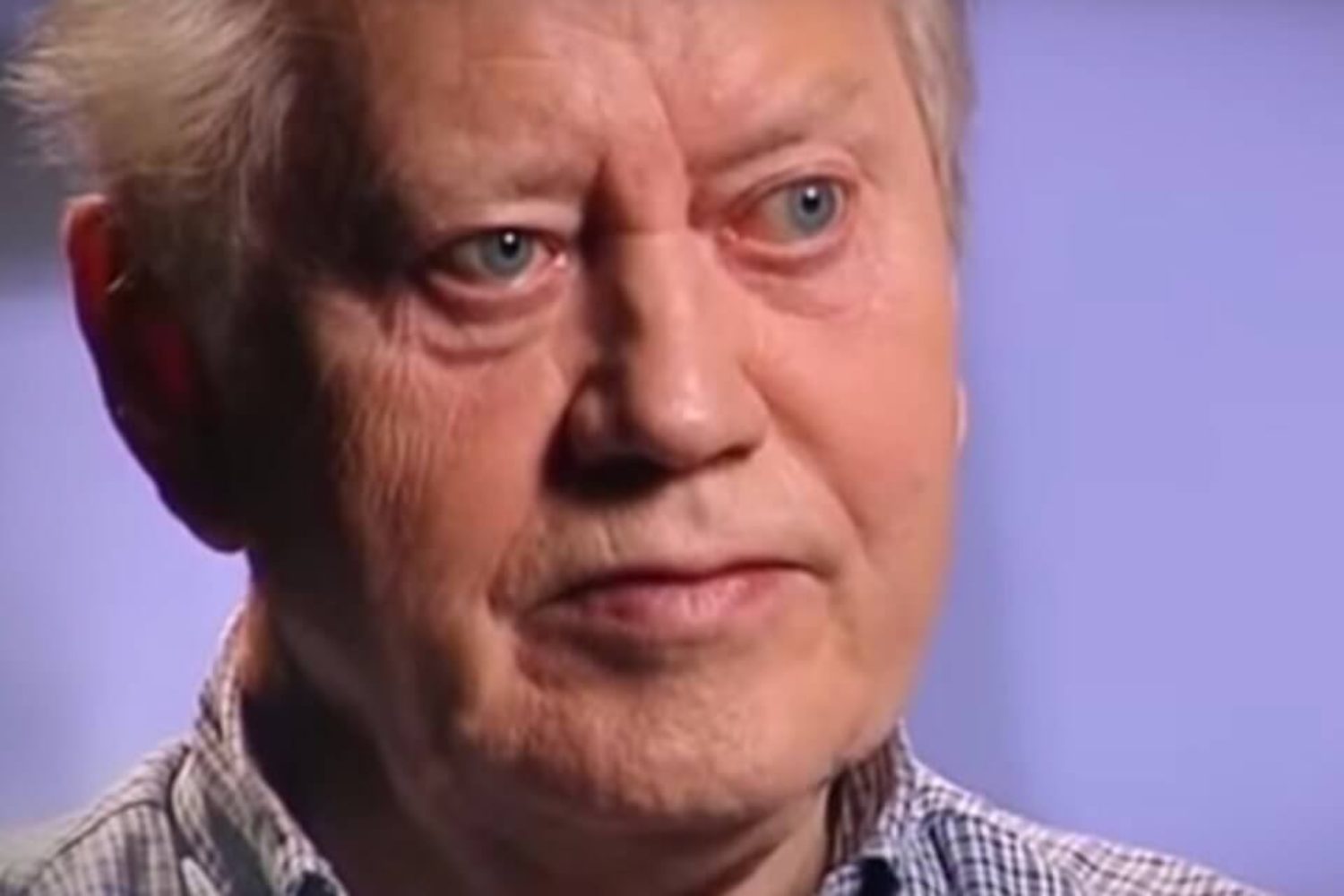 photo above: In 2003, Chuck Feeney signed off on a decision to spend all of his fortune in his lifetime. “Giving while living,” he called it.

WN: In light of the following verse, I kind of think that Chuck Feeney just might get through the eye of the needle after all! What an amazing life of grace!:

Mark 10:25 It is easier for a camel to go through the eye of a needle than for someone who is rich to enter the kingdom of God.”

See too: The Billionaire Who Wanted To Die Broke… Is Now Officially Broke

Chuck Feeney today is a man of no property. He and his wife Helga live in a modest rented apartment in San Francisco. He has no car or luxuries of any kind. Actually, come to think of it, he has a very nice watch. It is plastic and cost about $15.

There are no trophies or vanity photographs in the apartment to show that he has devoted his $8 billion fortune to making the world a better place.

It was always so with Feeney, a brilliant entrepreneur who became a billionaire through the company he co-founded, Duty Free Shoppers, back in the 1960s. The frugal globe-trotting philanthropist routinely flew economy class, stayed in small flats, and ordered the second-cheapest white wine in restaurants.

The key moment in Chuck’s giving career, one that was to enhance the lives of millions of people, came on November 23rd, 1984. On that day Feeney, his then wife, Danielle, and his lawyer Harvey Dale, flew to the Bahamas, a location chosen to avoid huge legal penalties for what they were about to do. They gathered in a rented conference room. At 4pm Chuck began signing a series of documents. Then they left for the airport.

While millions of Americans expressed gratitude that Thanksgiving weekend for their material blessings, Chuck Feeney felt a profound sense of relief. He had just divested himself of all that he owned, cash, businesses and shares, and placed them into a foundation he created, known today as Atlantic Philanthropies.

‘The right thing to do’

I asked Chuck more than once why he decided to give it all away. Never one for introspection he replied simply: “It was the right thing to do.”

I believe the reasons included an innately generous personality, discomfort with the trappings of wealth as a product of an Irish-American neighbourhood in New Jersey where “nobody blows their horn”, and the example set by his mother, a nurse who was always helping others.

He was also influenced by Andrew Carnegie’s essay The Gospel of Wealth, with its famous declaration that “the millionaire will be but a trustee for the poor”.

After that day in Nassau, Feeney began a lifelong quest to do good things with his wealth, while growing the businesses and property portfolio to provide more funds for his foundation’s giving.

“If I have $10 in my pocket and I do something with it today, it’s already producing 10 dollars’ worth of good,” he explained to me one day in his New York office, wearing a cardigan with a hole in the sleeve. “Giving 5 per cent doesn’t do so much good.”

This meant selling the foundation’s properties in Ireland and elsewhere. The biggest wrench for Chuck was offloading Castletroy Park Hotel in Limerick, which he had built. It was the first modern hotel of its size in Ireland since the second World War. He would sit unnoticed in the lobby and watch how guests were treated. “It was his baby,” said former manager Áine McCarthy.

The final initiative in 2016 was the allocation of $600 million to promote a generation of global Atlantic Fellows to create fair, healthy and inclusive societies long into the future. Of this, $177 million was assigned jointly to the Global Brain Health Institute at Trinity College Dublin and to the University of California, San Francisco, for equity in brain health.

Now aged 86, Feeney’s travelling days are over, but as he tucks into his favourite dish – chicken – in his Bayside restaurant he can reflect how his example has exploded in philanthropy.

He got a letter one day from Amit Chandra in which the Indian billionaire confided he was so inspired by Feeney’s story he has devoted much of his own wealth to creating schools, hospitals and universities. He thanked Chuck for the “joyous journey” this entailed.

As Chuck Feeney said once, it is their call what the rich do with their money, but they will get more satisfaction giving it when living than when dead. “Besides,” he added, “it’s a lot more fun.”

Conor O’Clery is the author of the biography of Chuck Feeney, The Billionaire Who Wasn’t

Another article about Feeney is here. The contrast drawn between him and Trump is rather absolute. I think I know who is the happier man… When has anyone seen Trump laugh with joyful abandon?