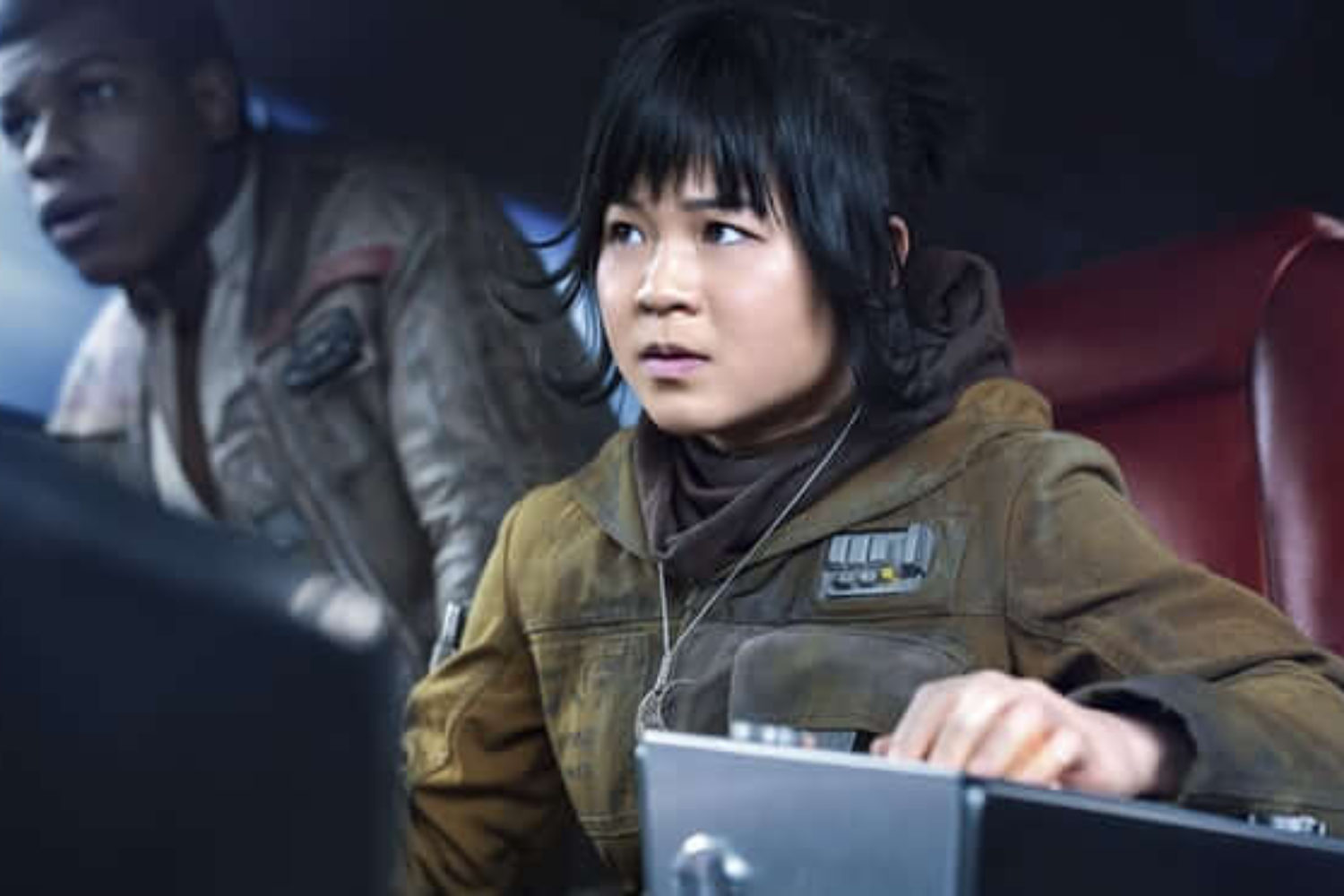 photo above: We can all be the hero, we just have to believe we can be the change we want to see in this world, as well as a galaxy far, far away.’ Photograph: Jonathan Olley/AP

WN: If as Martin Luther King Jr. used to cite it, there is a moral arc to the universe bent towards justice, this film, possibly in spite of its producers, is fashioned on the anvil bending the universe towards that end. King wrote, citing Thomas Parker of the 19th century:

Evil may so shape events that Caesar will occupy a palace and Christ a cross, but that same Christ arose and split history into A.D. and B.C., so that even the life of Caesar must be dated by his name. Yes, “the arc of the moral universe is long, but it bends toward justice.” There is something in the universe which justifies William Cullen Bryant in saying, “Truth crushed to earth will rise again.”

That arc is otherwise known as the Kingdom of God, for which billions pray/have prayed in The Lord’s Prayer.

We’ll take the message, despite its source. But just maybe corporate Hollywood/Disney could start its own BDS movement against unfettered capitalism…

Given this website’s theme (“The website is dedicated to countering Empire in all its avaricious, brutal and horribly destructive ways.”), this film certainly joins the chorus. For that one can be grateful. Long live the Holywood/Disney Blacksmiths of this persuasion! May their anvil take permanent pride of place with similar progeny in that indeed most unlikely of places! (I’ll just not hold my breath…)

Whether you’re a fan of the latest instalment or not – it’s impossible to deny that it’s a revolutionary entry into Star Wars canon. And not just because it’s the first of the series to pass the Bechdel test. If its predecessor, A Force Awakens, shook things up with a female lead, a black co-star and a Latin-American heartthrob, this film takes it to a whole new level of progressive fantasy, taking aim at capitalism, the Trump regime, and the very notion of heroes.

There’s a delicious irony to the fact that director Rian Johnson, funded by corporate behemoth Disney, has used this most capitalistic, money-grabbing of platforms to plant the seeds of anti-fascist, anti-capitalist egalitarianism in the minds of the world’s young. It’s not a subtle message, either. There’s a whole sequence set in an intergalactic casino where the only thing of any import we learn is about the evils of unfettered capitalism – only the wicked get rich, and it’s by selling arms to both sides. Ring any bells?

In the age of Trump, Brexit and general hopelessness, waiting around for a hero to fix the world simply won’t do

The shape of our stories has ramifications far beyond the boundaries of their fictional universes. Disney must take its share of the blame for the princess obsession, just as Star Wars feeds into our innate desire for hero narratives. But not any more. The Last Jedi has a clear message: anybody can be a hero, so there’s no excuse not to get involved in the fight. The very last shot of the film (again, spoiler alert) has a young boy, enslaved by that malevolent casino, casually using the force to whisk a broom into his hand before staring up at the stars. It’s a direct echo of Luke Skywalker gazing up at the dual sunset in the 1977 original – but unless the boy turns out to be a long lost clone of Darth Vader, it’s a radical shift.