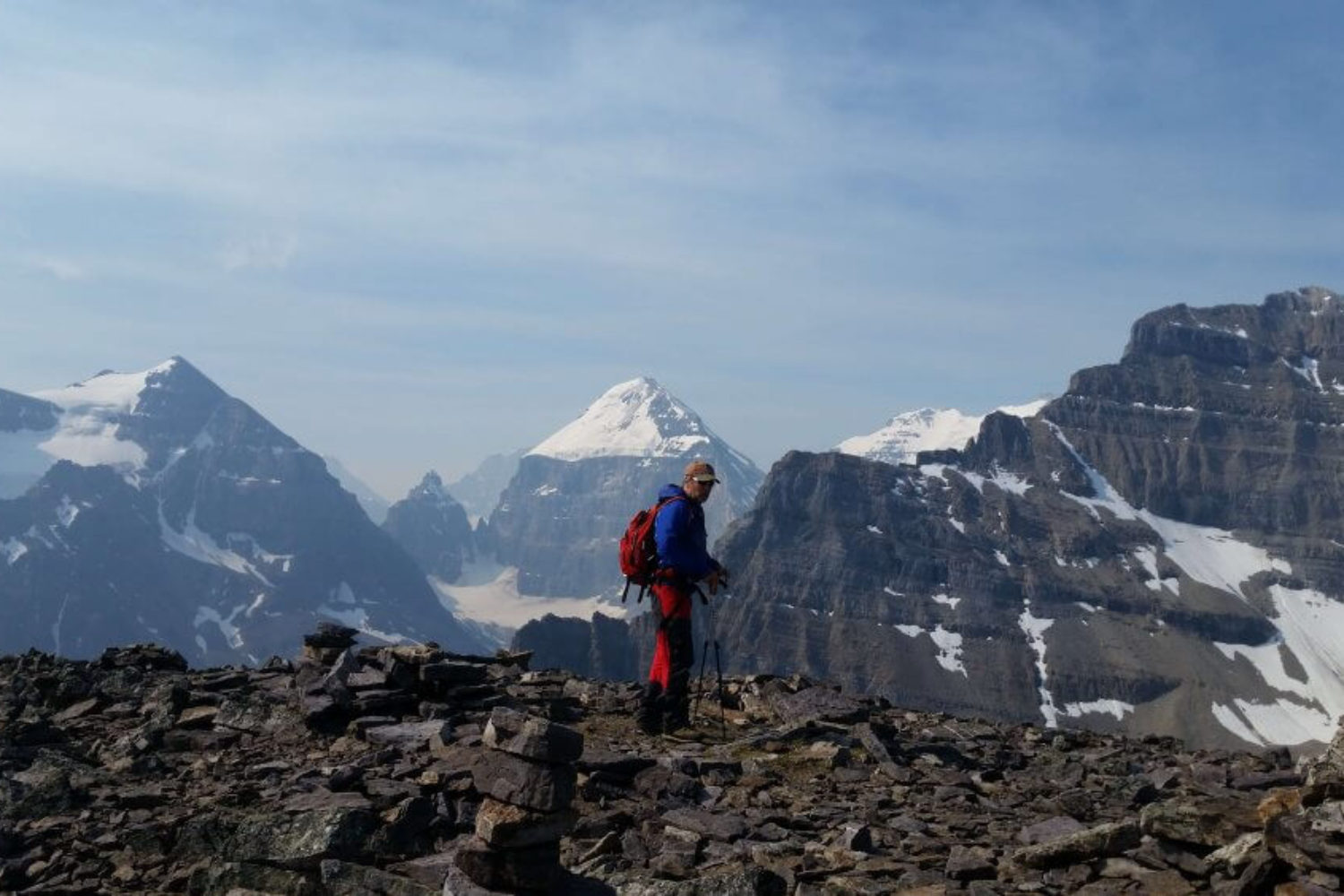 photo above: Ron Dart, amongst many scholarly pursuits and prolific writing, is an enthusiastic mountaineer!

WN: Ron sent me this outstanding article on Deuteronomy. It is an amazing reflection on the tensions between the prophetic and the nationalist ethics of ancient Israel, what authors Robert Jewett and John Shelton Lawrence dub “zealous nationalism” versus “prophetic realism” in their Captain America and the Crusade Against Evil: The Dilemma of Zealous Nationalism. In my introductory essay found on my Home page, we see Wes Howard-Brook’s positing two “religions” at odds throughout the Judeo-Christian Story: “the religion of Empire” and the “religion of Creation”.

This missive is about as pointed and succinct as I have read about the ethical dilemmas of our collective Judeo-Christian Journey!

It is essential to note, by way of winding down Moses’ commands, that he made it clear that if the Jews were true and faithful to the injunctions, commands and decrees given, good would emerge, but if they violated the commands given, they would go into exile. Moses had no doubts about the fact that the Jews would ignore the injunctions offered, hence there would be serious consequences to face (28-29). Such a tale is starkly recounted in the prophetic books in the Hebrew canon, and, in a more updated form, in Daniel Berrigan’s The Kings and Their Gods: the Pathology of Power (2008). The historical tale of the Jewish people is well recounted in their historic books: 1-2 Samuel, 1-2 Kings, 1-2 Chronicles.  Berrigan has poignantly unpacked, in a prophetic manner, the tensions between the nationalist and prophetic dynamics within Biblical Judaism in such poetic classics as Uncommon Prayer: A Book of Psalms (1978), Daniel: Under the Siege of the Divine (1998) and The Kings and Their Gods. There is a great deal of affinity between Berrigan’s Christian and Roman Catholic prophetic vision and the Jewish standard prophetic books by Martin Buber and Abraham Heschel: The Prophetic Faith and The Prophets. Needless to say, Berrigan’s, Buber’s and Heschel’s understandings of the prophetic way have little to do with ‘end times’ speculations and an uncritical support for the secular state of Israel and Christian Zionism.

In conclusion, the Jewish tradition can move in different directions: prophetic or nationalist. These tendencies are in Deuteronomy. The Jewish prophets who followed Moses sifted the wheat from the chaff, the gold from the dross of the prophetic and nationalists impulses. We must, though, avoid the immature danger of accepting the notion that, at root, the nationalist and prophet visions offer simplistic moral formulas for interpreting the oft unpredictable and incomprehensible mysteries and tragedies of life. Jesus stood firmly on the shoulders of the Jewish prophets in both his life and teachings in the Beatitudes and Sermon on the Mount (and this is certainly a higher ethic than the varieties of Jewish nationalism or Christian Zionism). The sad thing is that most Christians today are more indebted to the Jewish nationalist perspective than the Jewish prophetic tradition. It is as Christians immerse themselves, in thought, word and deed, in the Sermon on the Mount that a genuine Christian prophetic ethos (with its tragic-comedic tensions) will be nurtured and emerge. There is, in short, a deeper polyphonic symphony of sorts that needs be heeded rather than a simplistic monophonic approach if the Jewish-Christian tradition is going to take deeper dives and emerge with richer pearls of great price. Surely we need flares sent up in our time by those who have dared to bring forth light from such darker and deeper places in an age when most Christians continue to bow the knee to a new form of Constantinianism.

Like Loading...
comedy and tragedy held in tension, Deuteronomy, Jesus and the Beatitudes/Sermon on the Mount, many prophetic authors from Martin Buber to Abraham Heschel and Daniel Bererigan, prophetic and nationalist tensions in the Bible