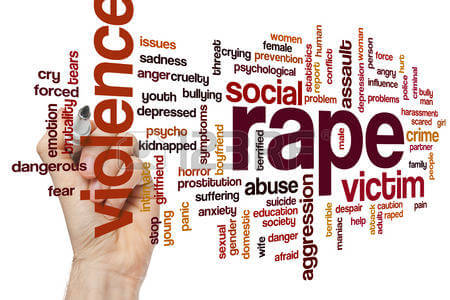 WN: In January 1975, I read John Howard Yoder’s The Politics of Jesus at an Inter-term course taught by Clark Pinnock at Regent College, University of British Columbia. Though a (quintessential fundamentalist – Plymouth/Christian Brethren) Christian all my life, thanks to Yoder and Pinnock I went through two Gospel conversions while at Regent College: I learned 1) that the Gospel means nothing if it does not address the social and political realities of life; and 2) that Jesus’ Way of social and political presence in the world  is invariably the Nonviolent, Counter-Narrative-to-Empire Way of the Cross.

I cannot understate the consequent/subsequent life trajectory I have been on ever since! I can however confess that the journey has still in certain ways barely begun.

I eventually met Yoder in the very early days (late 1970s) of Mennonite Restorative Justice work in North America, ironically enough at an event with him and Marie Marshall Fortune (click on her name to understand the irony) the resource persons, to discuss the application of Restorative Justice to Domestic Violence. Little did any of us know then of Yoder’s multiple sexual assaults against myriad women. Tragically, he and Harvey Weinstein could have been partners in crime…

I add this today, February 27, 2020, less than a week after the world experienced Jean Vanier’s spectacular fall from grace: What grand tragedies!–not for the men who after all repeatedly committed the horrifically harmful abuses–but for all the women violated as mere plaything victims by men whose high acts of abject evil place them on the same level of all sex offenders who cold-bloodedly prey on the vulnerability of their victims. Forgive them “for they knew not what they were doing”?! Not a chance! They knew full well, and repeatedly assaulted women just the same. Forgiveness in these instances is God’s domain. Though their victims need for their own good to “let go” (but never excuse or offer what can surely only be if done cheap grace!?). These men sadly died without confrontation by their victims. They also died, so far to our understanding, mired in unrepentance. How tragic their legacy, given the wisdom of their writings.

The article highlighted below by Andy Alexis-Baker tells a very personal and helpful story for those of us who try to come to terms with the impact Yoder’s theology had on us, over against his horrific violence against women. Is it wrong to suggest?: Shame on any theologian, etc. who still prizes Yoder’s or Vanier’s writings as instructive for the wider Church. Should such writings henceforth on principle be disqualified from any kind of wider exposure/dissemination, let alone paraenetical approbation–not unlike the medical establishment’s refusal to benefit from Nazi experimentation on human victims?

Finally: Be sure to read the responses to the article as well!

A lot of people are talking about John Howard Yoder’s harassment, abuse, and assault of women. Even the New York Times published an article about him. Some of the articles and blog posts have been defensive, trying to explain Yoder as a man, putting his actions in context, or trying to divorce his actions from his writings on pacifism. Other pieces have lamented the attention Yoder has received as a theological ethicist, saying, as one Mennonite article put it, that most of the remaining Yoder devotees are young white men anyhow.

Over a year and a half ago, I wrote an online article wrestling with the issue of Yoder’s conduct toward women. But I have not entered into this discussion in the personal way that this story-telling will. I learned from Yoder, Karl Barth, and Jacques Ellul to be suspicious of including my personal narrative in theological discourse. My personal story may distract from the gospel. Focus on Jesus instead. But I have learned that I cannot tell God’s story abstractly because I have a stake in the gospel. God has acted in my life and there is no reason to hide God’s action. Telling how God has acted in our lives simply follows the Apostle Paul’s example, who never seemed to tire of sharing his encounter with Christ.

I first read John Howard Yoder’s work as an undergraduate student.  He made the case for peace so powerfully that I joined the Mennonite church, thinking erroneously that I needed a pacifist church to support me or I would not be able to sustain my convictions. When I went to seminary, I delved into editing Yoder’s work, and have subsequently co-edited four of his books for publication, more than any other scholar.

Yoder’s work also did not help me overcome the triumphalism of the Damascus Road event. Overcoming violence and becoming nonviolent makes for a great and true story. But it does not necessarily reflect the trauma of the cross. Lacking any space for personal narrative, Yoder could not help me tell the story in any other way than as one of triumph over violence. He could not help me tell the ongoing story, where I needed therapy, where I needed introspection, where I internalized patterns that were destructive to me. I could not heal as a “Yoderian” focused solely on the politics of Jesus. I have to break the chain and find another way beyond his work that emphasizes the terror and trauma of, for example, Holy Saturday, which I first encountered in Hans Urs Von Balthasar. Victims must be able to tell the dark and forbidden tales of unresolved internalized violence so we can find new identities in Christ, who also experienced trauma.

My story connects to Yoder’s story in ways that I never would have thought possible. My life also connects to other people’s stories who encountered Yoder and were abused. I understand completely if some people cannot read him now. We have our own stories to tell.