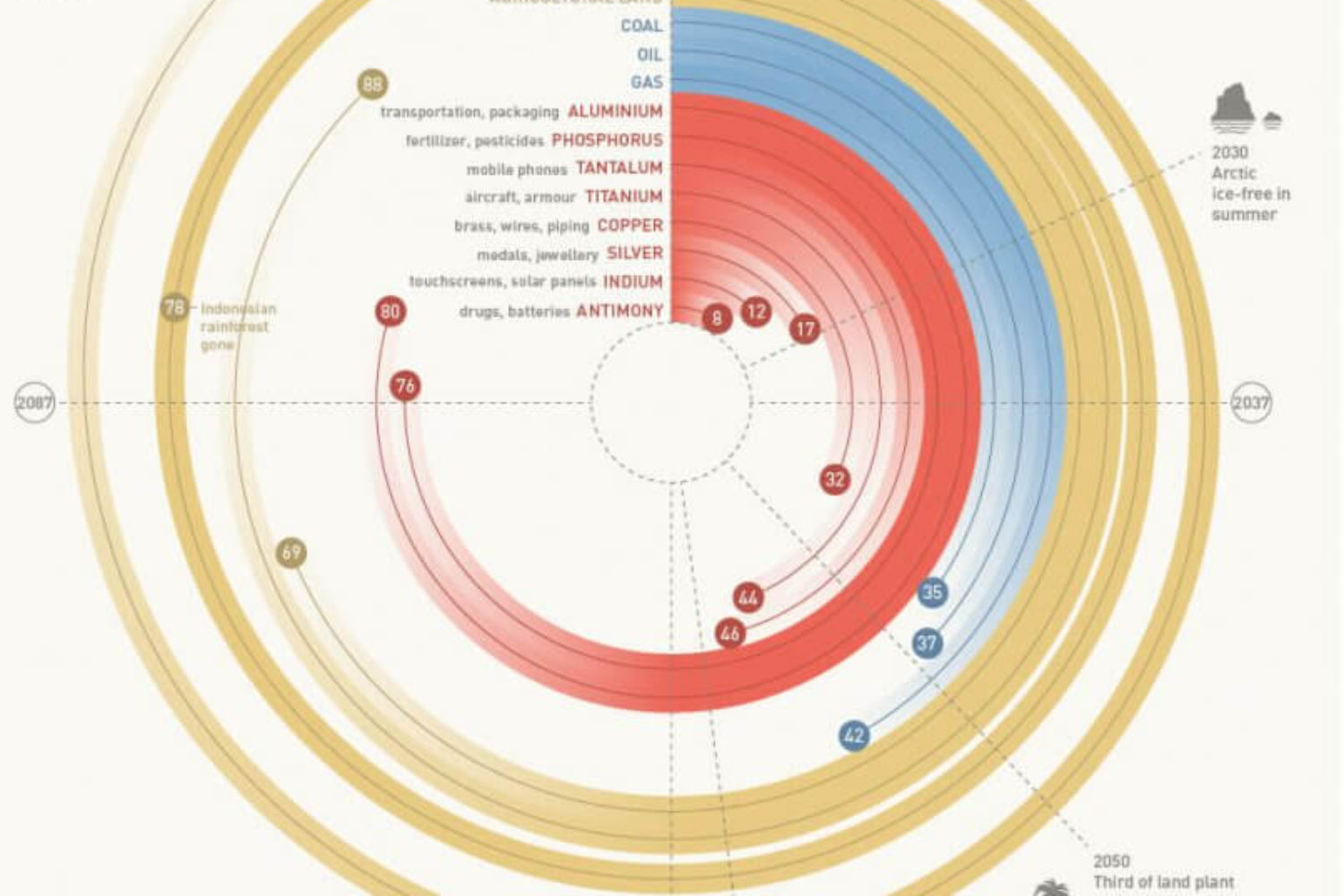 Is Population the Problem?

WN: A fascinating article! So much to understand. So little time to learn and act! It is a long article, but so rewarding to read.

The original 1972 Limits to Growth study [see update 30 years later here] emphasized the problem of sources in the form of shortages of raw materials, such as fossil fuels, basic minerals, topsoil, freshwater, and forests.2 Today the focus of environmental concern has shifted more to sinks, as represented by climate change, ocean acidification, and production of toxics. Nevertheless, the problem of the depletion of resources used in production remains critical, as can be seen in discussions of such issues as: declining freshwater resources, peak (crude) oil, loss of soil fertility, and shortages of crucial minerals like zinc, copper, and phosphorus.

In conventional environmental analysis the issue of a shortage or depletion of natural resources has often been seen through a Malthusian lens as principally a problem of overpopulation. Thomas Malthus raised the issue in the late eighteenth century of what he saw as inevitable shortages of food in relation to population growth. This was later transformed by twentieth-century environmental theorists into an argument that current or future shortages of natural resources resulted from a population explosion overshooting the carrying capacity of the earth.3

The following analysis will address the environmental problem from the source or tap end, and its relation to population growth. No systematic attempt will be made to address the sink problem. However, the tap and the sink are connected because the greater use of resources to produce goods results in greater flows of pollutants into the “sink” during extraction, processing, transportation, manufacturing, use, and disposal.

In approaching the source or tap problem, we have to recognize there is a finite planetary quantity of each nonrenewable resource that can be recovered economically. In theory, it is possible to calculate when the world will run out of a particular resource, given knowledge of the amount of the resource that exists, technology, costs, and likely demand—though the various factors are often so uncertain as to make firm predictions difficult. However, the amount that can be extracted economically increases when the price of a particular resource increases or new technology is developed—it then becomes economically feasible to exploit deposits that are harder to reach or of less purity and more costly to obtain.

There are other reasons, in addition to its relation to water shortages, for the growth of global land grabs—from the use of land to grow biofuel crops to greater consumption of meat (with greater use of corn and soybeans to feed animals) to weather-related crop failures to commodities speculators driving prices up when shortages occur. Private capital—with British firms leading the charge—has been especially interested in controlling land in Africa to produce biofuels for European markets.13 All of the land grabs displace people from their traditional landholdings, forcing many to migrate to increasingly marginal land or to cities in order to live. The results are more hunger, rising food prices, expanding urban slums, and frequently increased carbon dioxide emissions.

In his important book The Land Grabbers, Fred Pearce writes:

Over the next few decades I believe land grabbing will matter more, to more of the planet’s people, even than climate change. The new land rush looks increasingly like a final enclosure of the planet’s wild places, a last roundup of the global commons. Is this the inevitable cost of feeding the world and protecting its surviving wildlife? Must the world’s billion or so peasants and pastoralists give up their hinterlands in order to nourish the rest of us? Or is this a new colonialism that should be confronted—the moment when localism and communalism fight back?14

The general problem of rapid resource depletion that occurs in the poor countries of the world is frequently a result of foreign exploitation and not because of a country’s growing population. The exploitation of the Democratic Republic of the Congo’s natural resources by shady means—“opaque deals to acquire prime mining assets”—organized through shell companies by British and Israeli capital is an example of what can happen.15 As Duke University ecologist John Terborgh described following a trip to a small African nation:

Everywhere I went, foreign commercial interests were exploiting resources after signing contracts with the autocratic government. Prodigious logs, four and five feet in diameter, were coming out of the virgin forest, oil and natural gas were being exported from the coastal region, offshore fishing rights had been sold to foreign interests, and exploration for oil and minerals was under way in the interior. The exploitation of resources in North America during the five-hundred-year post-discovery era followed a typical sequence—fish, furs, game, timber, farming virgin soils—but because of the hugely expanded scale of today’s economy and the availability of myriad sophisticated technologies, exploitation of all the resources in poor developing countries now goes on at the same time. In a few years, the resources of this African country and others like it will be sucked dry. And what then? The people there are currently enjoying an illusion of prosperity, but it is only an illusion, for they are not preparing themselves for anything else. And neither are we.16

Thus, resource problems—both renewable and nonrenewable—are real and are only going to get worse under the current political-economic system. Everywhere both renewable and nonrenewable resources are being used unsustainably by the above criteria. In some countries the high population relative to agricultural land and the lack of dependable quantities of exports to purchase food internationally creates a very precarious situation. However, the general resource depletion and ecological problems—at the global scale, as well as within most countries and regions—are primarily the result of the way capitalism functions and economic decisions are made. Central to this is the continuing exploitation of the resources of the poor countries by corporations and private capital. Maximizing short-term profits trumps all other concerns. What happens as resources are in the process of being ruined or depleted? There is a scramble, frequently violent, for control of remaining resources. But what will happen, what is the “game plan,” after even the hard to reach, expensive, and ecologically damaging deposits are fully depleted? Capital has only one answer to such questions, the same as the one attributed to Louis XV of France: “Après moi, le deluge.” What other conceivable response could it give?

The root of the problem lies in our mode of production. Capitalism is an economic system that is impelled to pursue never-ending growth, which requires the use of ever-greater quantities of resources. When growth slows or ceases, this system is in crisis, expanding the number of people who are unemployed and suffering. Through a massive sales effort that includes a multi-faceted psychological assault on the public using media and other techniques, a consumer culture is produced in which people are convinced that they want or “need” more products and new versions of older ones—stimulating the economy, and thus increasing resource depletion and pollution. It creates a perpetual desire to have new possessions and to envy those with more stuff. This manufactured desire includes the poor, who aspire to the so-called “middle-class” standard of living depicted on television and in the movies.17