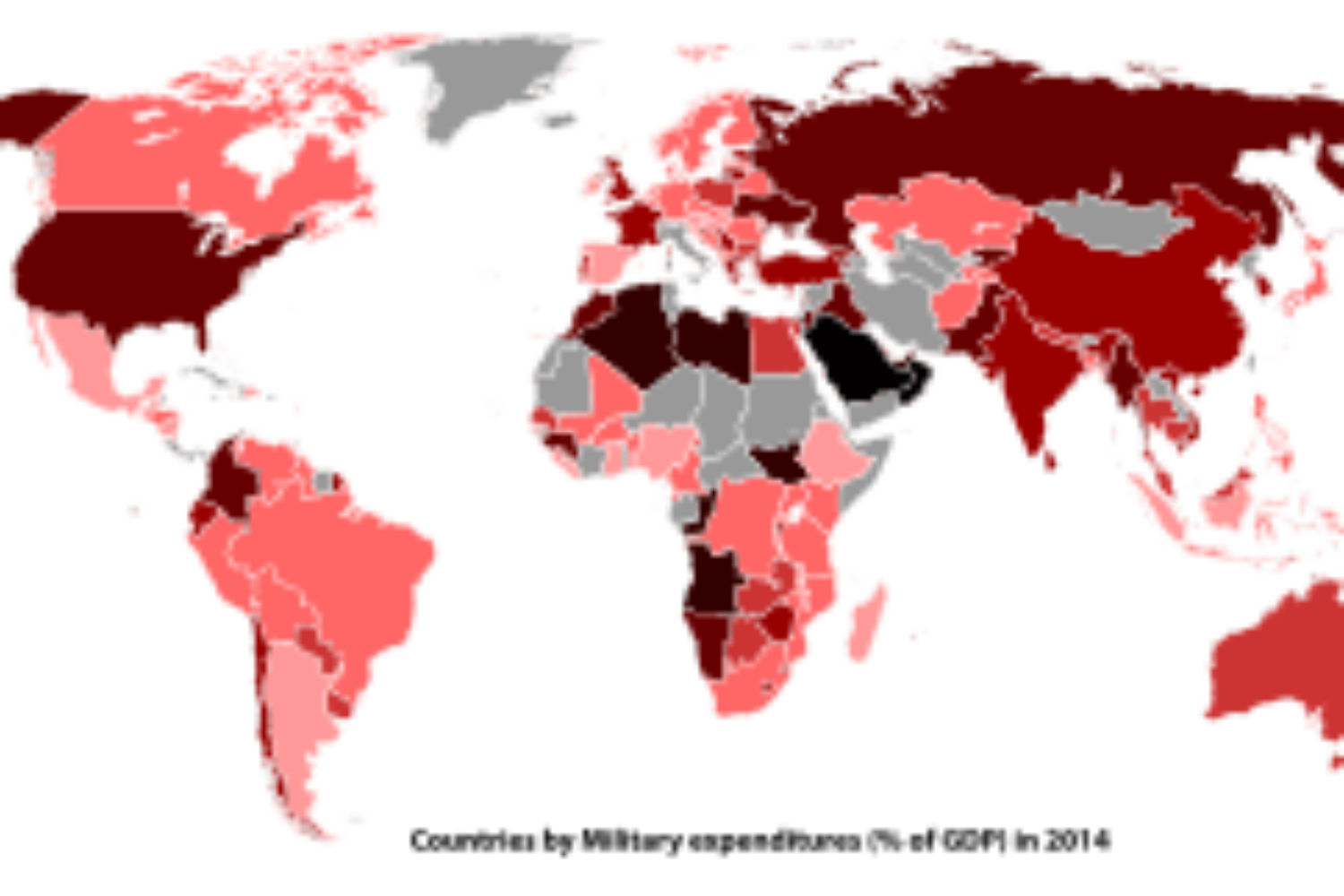 Staggering! When will we ever learn?

This article is a list of countries by military expenditure in a given year. Military expenditure figures are presented in United States dollars based on either constant or current exchange rates.[1] These results can vary greatly from one year to another based on fluctuations in the exchange rates of each country’s currency. Such fluctuations may change a country’s ranking from one year to the next.

The first list is based on the Stockholm International Peace Research Institute (SIPRI) 2016 Fact Sheet which includes a list on the world’s top 15 military spenders in 2015, based on current market exchange rates.[1] The second list is based on the 2016 edition of “The Military Balance” published by the International Institute for Strategic Studies (IISS) using average market exchange rates.[2]