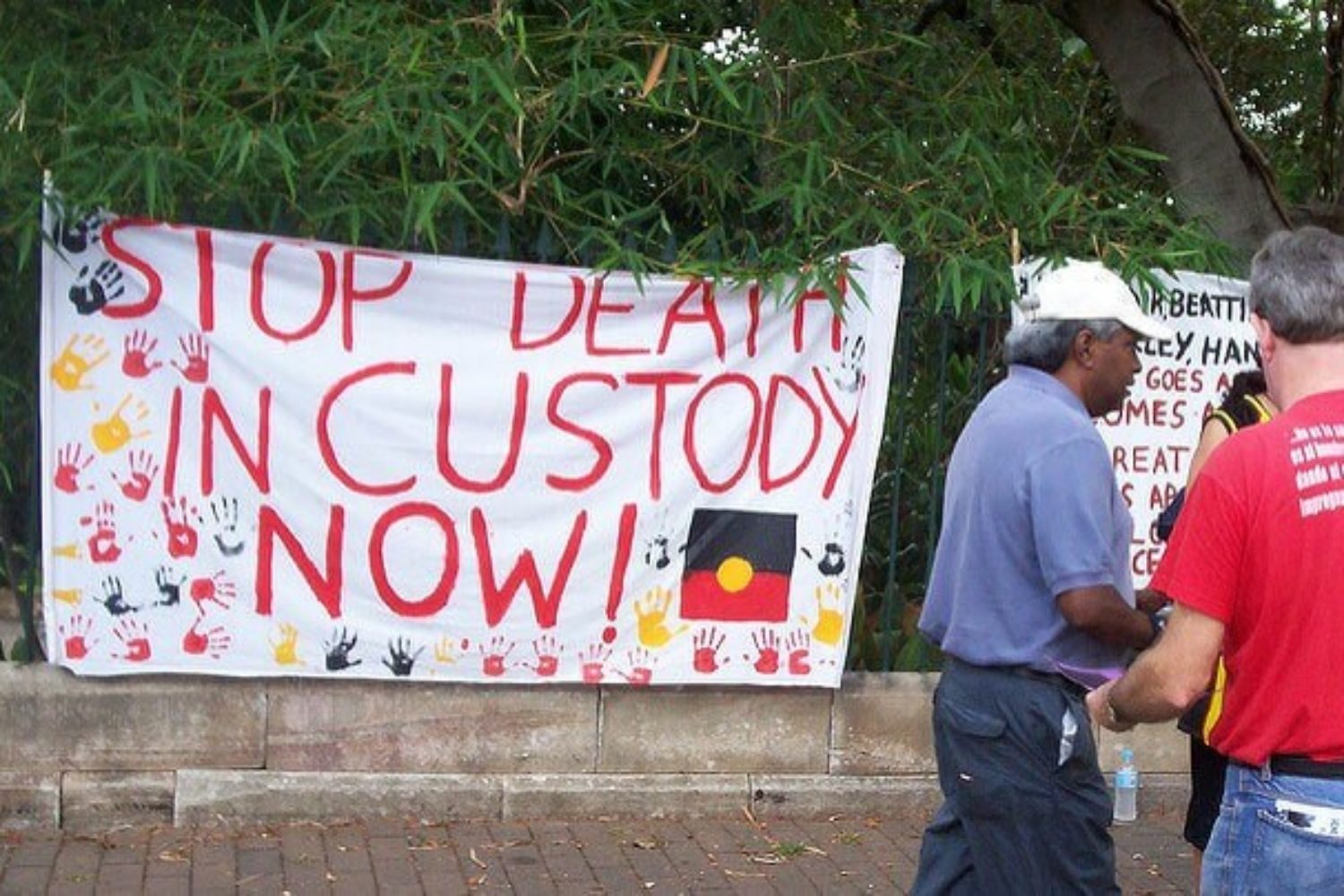 photo above: Activists display a sign decrying the murders of Aboriginal Australians in prison at an Invasion Day march and rally in Brisbane, Australia, on January 26, 2007. (Photo: David Jackmanson)

During the peak of colonial conquest in Australia, the torture and incarceration of aboriginal peoples was commonplace. Given that this history lives on in today’s increasing aboriginal incarceration rates, it has been suggested that, for some aboriginal communities, prison has simply become “part of their domain,” a “normal phase…of one’s life-course.”

Ultimately, this over-representation of indigenous people has been caused by — and is reflective of – the colonial imperative requiring the marginalization of indigenous people. Instead of dealing with this foundational marginalization issue, the government has diverted attention towards the indigenization of the justice system to make it as effective as possible in processing indigenous offenders. In this way, we’re still working within a broke system, rather than venturing out of it in any meaningful way.

Contributing to this marginalization and, therefore, mass incarceration, is the obvious lack of informed social policy in indigenous communities. In his 2007 analysis, Jonathan Simon wrote about how, in the US, criminalization and imprisonment are actually used as tools of social policy, resulting in ‘governing through crime.’ In Australia, this goes one step further. Beyond being a ‘tool’ of social policy, the vast lack of appropriate government policies on health, education, housing, mental health and more in indigenous communities that take into account the continuing reality of colonialism, in conjunction with high incarceration rates, indicates that the indigenous incarceration is essentially being used as an alternative to effective social policy all together.