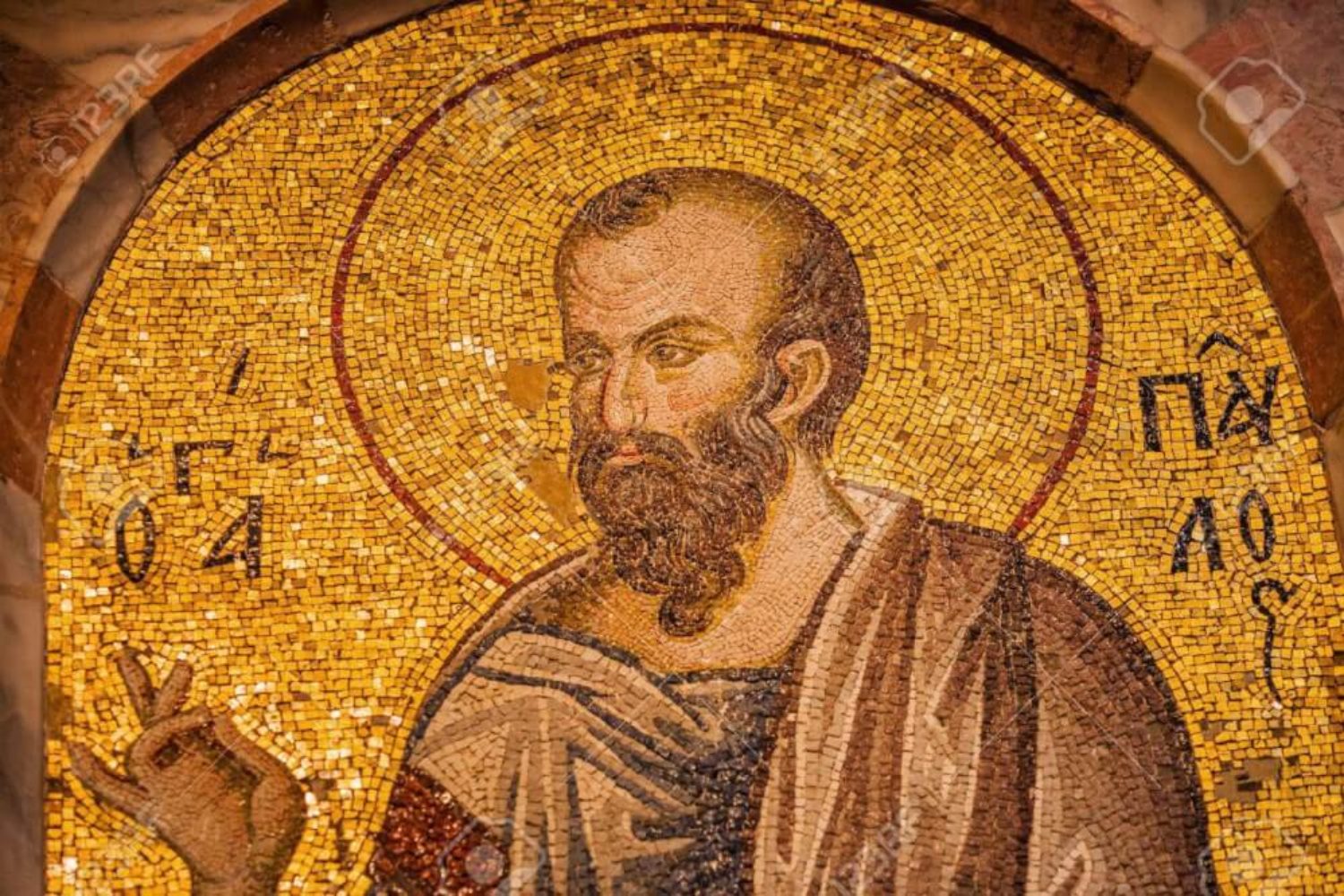 WN: This paper highlighted below answers in the negative the question posed in the title. It was written by Pamela Eisenbaum, Pauline scholar, practising Jew, feminist, and professor at a Christian seminary. She subsequently wrote Paul was not a Christian: The Original Message of a Misunderstood Apostle.

I delivered a sermon inspired by her, entitled “Paul the Radical” I began and ended the sermon thus:

Introduction A good friend and former elder in a conservative evangelical church recently recounted some of his spiritual journey. When he turned to the Apostle Paul, he said: “Paul, damn him!…”, and continued. In broad strokes, the Apostle Paul has been widely held to have been a profoundly social conservative, a misogynist, and an anti-Semite–or to have, with the Gospel of John, laid the groundwork for a pernicious anti-Semitism that has plagued Western history with the Holocaust its capstone.

While this is a common enough complaint about the Apostle, it is by no means the final word. If you were to visit “The Paul Page” on the Internet, you would find hundreds of essays and bibliographies listed, “dedicated”, the site is subtitled, to “the new perspective on Paul”. In broad strokes, “the new perspective” is an expression coined by New Testament scholar James D. G. Dunn that has launched for three decades a new look at Paul with reference to his own Jewishness, and that of his fellow Jews, and more recently, with reference to Paul’s citizenship in the Roman Empire, backdrop to Christian missionary expansion in Paul’s lifetime.

Historian C. J. Cadoux, in an Epilogue to his huge study of the first three centuries of the Christian church (The Early Church and the World (1925 & 1955) ), says of the early church era:

… we certainly have a moral reformative movement on a scale and with a potency unparallelled at any other epoch before or since… the achievements of the early Church can defy comparison with those of any other moral or religious movement known to history (p. 611).

United Church minister Greta Vosper does read Jesus and Paul in the above way, as does atheism popularizer Richard Dawkins, and as do many others.

All I am suggesting this morning is another way to read Paul–and Jesus!–that is not anti-Jewish, anti-woman, and anti-progressive (to use an undefined, anachronistic term). It is a way in fact that points in the direction of the conclusions of C.J. Cadoux. I want to draw on several sources who read Paul positively in the context of various power arrangements in Paul’s time, and who read Paul as deconstructionist and vision builder in the context of Roman Empire.

If one wants to read the Apostle Paul negatively, accusing him of misogyny, anti-Semitism, and reprehensible social conservatism, one may. The burden of this brief presentation is that one need not. On the contrary, one may read Paul as a passionate radical committed to an egalitarian anti-imperial vision of humanity as one family in Christ. Paul’s towering radicalism was not only imbued with love (I Cor. 13), it was enormously revolutionary in impact in the context of Roman Empire.

“It is an irony of history”, claims Religious Studies professor James Williams, “that the very source that first disclosed the viewpoint and plight of the victim is pilloried in the name of various forms of [biblical] criticism… However, it is in the Western world that the affirmation of „otherness,” especially as known through the victim, has emerged. And its roots sink deeply into the Bible as transmitted in the Jewish and Christian traditions… the standpoint of the victim is [the West’s] unique and chief biblical inheritance. It can be appropriated creatively and ethically only if the inner dynamic of the biblical texts and traditions is understood and appreciated. The Bible is the first and main source for women’s rights, racial justice, and any kind of moral transformation. The Bible is also the only creative basis for interrogating the tradition and the biblical texts (“King as Servant, Sacrifice as Service: Gospel Transformations”, in Willard M. Swartley, ed., Violence Renounced: René Girard, Biblical Studies, and Peacemaking, Telford: Pandora Press U.S. , pp. 195 & 196).”

Many in similar vein suggest that Paul’s radicalism was unequalled in scope and achievement.

Like Western Christianity in general, Paul has since the Enlightenment been enormously scapegoated in the academy and beyond. Even a cursory read of Larry Siedentop’s book, Inventing the Individual, especially his chapter on Paul (scanned and underlined here), renders this obnoxious Paul-bashing habit rather inoperative: unless one is willing to put in a gargantuan amount of scholarship to demonstrate otherwise. If so, one will have to take on for starters two towering Pauline scholars:  James D.G. Dunn and N.T. Wright. Hint: you will not digest their material in a couple of one-evening sittings . . . And that is only for starters.

I suggest a tad vigorously that the onus is on the reader to prove the longstanding Enlightenment scapegoating number done on Paul is legitimate. If you succeed, please write me about it . . . I argue to the contrary in a related context, in “Christianity and the Subversion of Just About Everything“, reflecting on (mainly) Paul’s use of the Greek term enduo.

The above all apart from this: Paul was bar none one of the most courageous persons one can meet historically by any scale of measurement. And yet his life demonstrated repeated transcending of horrific “slings and arrows of outrageous fortune” most of us would be hopelessly buried under . . .

Oh: And he is my lifelong hero! So please for my sake tread carefully.1

An excerpt from Pamela Eisenbaum’s paper:

I have a passionate interest in the apostle Paul. Many people think this passion is unusual because I am a Jew not a Christian. What’s more, I like to think of myself as a feminist. What’s a nice Jewish feminist doing studying the apostle Paul? After all, from a Jewish perspective, Paul is a heretic who had a demented view of Judaism. From a feminist perspective, Paul is an ally of Christian conservatives who wish to keep women in a subordinate position to men.

Nevertheless, my interest derives naturally from my professional commitments. I am a Jewish New Testament scholar who teaches in a Christian seminary,2. and, after some years of studying and teaching Paul, I have come to the conclusion that Paul was a committed, well-intentioned Jew, even if the subsequent uses of his teachings were abominable where Jews and women are concerned…

Please click on: Is Paul the Father of Misogyny and Antisemitism?