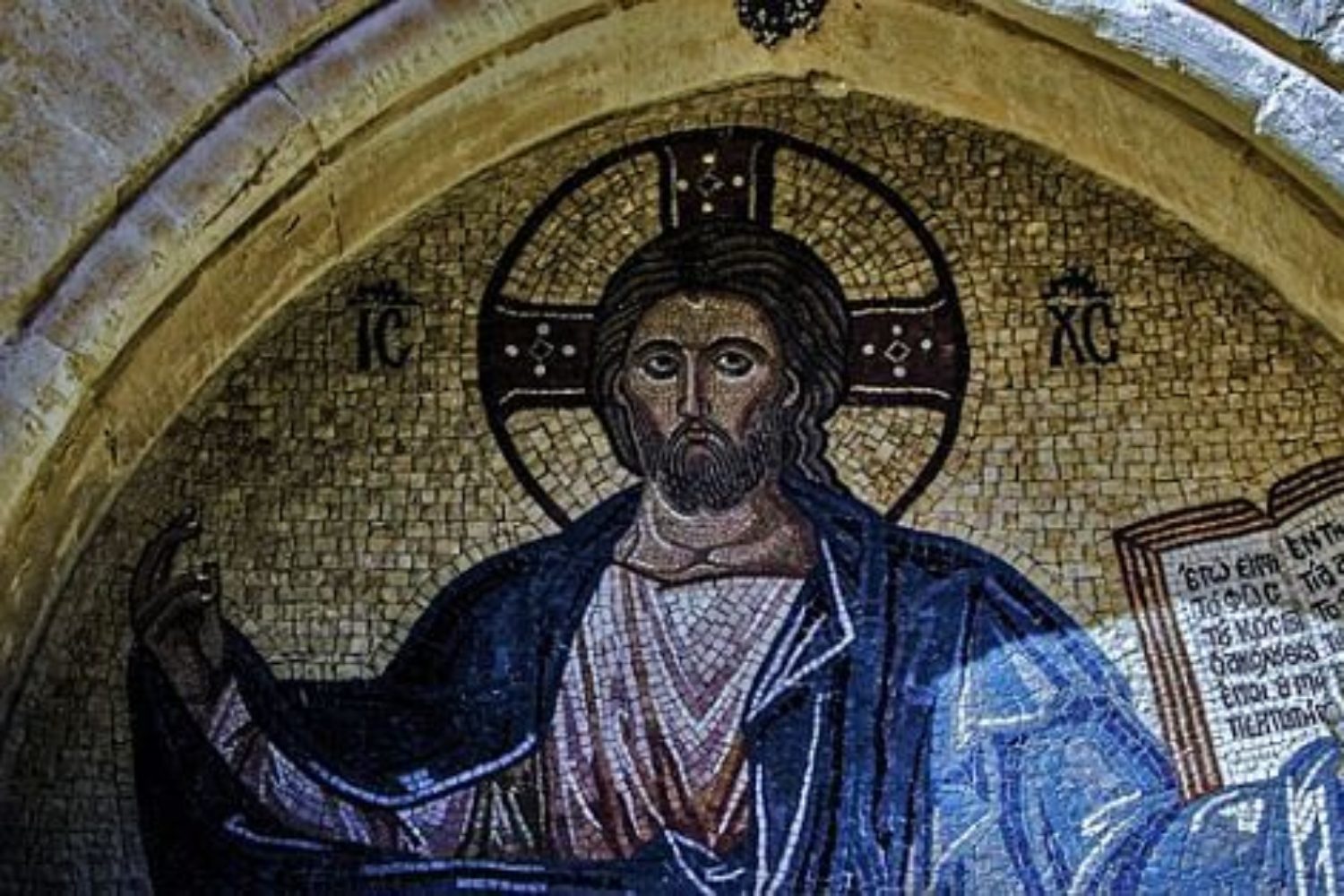 That “God is Jesus” is commonplace for Christian peace theologians/peacemakers of every era. The “paradigm shift” I suggest is really therefore with two kinds of believers:

In this writer’s view, there is no finer study on this at a profoundly exegetical level than Mennonite New Testament theologian Willard Swartley’s magnum opus: Covenant of Peace: The Missing Peace in New Testament Theology and Ethics (Grand Rapids: Eerdmans, 2006).

The above said, the reality simply is this: a vast majority of theologians of every stripe for the greater part of two thousand years of Church History have been doing an end-run around the New Testament teaching — with all its implications — that “God is Jesus”. Given the track record, I ask: “Is that likely to change?” My cynical answer is built into the question…

Even for those like Thomas Merton who refuse(d) the self-designation “pacifist” yet wrote lots on peace, one has to wonder: When then would Jesus as Ultimate Exemplar — and God — put on a flak jacket as it were, grab an AK47, and under sway of any kind of patriotic national call — in Christian love of course — “light up” whatever enemies (pace Saint Augustine just for starters)? Or would we ever imagine Jesus’ disciples posing the question, flak jackets donned: “Just how many enemies may we ‘love‘ in this special (Augustinian) way?” We know rather that we are to “put on (enduo in Greek) Jesus Christ“1. My evident answers are built into the questions…

So I would caution against undue enthusiasm about the article highlighted below. Or have I missed something?…

I really do like this quote’s insightful suggestion however:

My point is simply this: This paradigm shift in modern, contemporary Christian theology toward thinking through logically and without restraint the principle that Jesus is the perfect revelation of the character of God has precursors and profound implications. One of those might be that our Bibles should begin with the New Testament! (emphasis added)

The article is well worth a read.

Finally, I do wonder why Brad Jersak’s and Brian Zahnd’s excellent work on “God is Jesus” receives no mention.

Recently I published here an essay entitled “Who Is God?” In it I quoted German theologian Jürgen Moltmann as answering that question “Jesus.” Now, as a reminder, anyone who knows Moltmann’s theology knows he is not a “Jesus Only” or “Oneness” or “Modalist” with regard to the Trinity. The doctrine of the Trinity has been one of his specializations; it pervades everything he writes about. He has written entire books about the Trinity. And, if anything, he has been accused of tritheism rather than modalism.

So what could he have meant? As I explained in that recent blog post here, he meant, and many contemporary Christian scholars agree, that Jesus is the perfect revelation of the character of God. (Of course, Moltmann also believes that Jesus is the second “person” of the Trinity, ontologically divine in a perichoretic “oneness of substance” with the Father and the Holy Spirit.) But his answer to the question means there is no “hidden God” lurking behind Jesus with a different character, disposition, than the one revealed in the person of Jesus Christ.

As a scholar of the history of Christian theology I can confidently say that this emphasis is new in the history of Christian thought even if not entirely novel. That is, hints of it can be found in the church fathers, medieval theologians, reformers (especially the so-called radical reformers) and post-reformation Christian thinkers. However, it does not seem to have become a major theme and emphasis about God until the 20th century. What I mean by “theme and emphasis” is an idea traced out to its logical conclusion and not left as a mere notion that does not permeate the whole body of belief.

Here is the fascinating statement found in Chapter VII (“The Manifestation of Christ”) on page 27 of the first volume of The Ante-Nicene Fathers: The Writings of the Fathers down to A.D. 325 (Eerdmans, 1985). “Violence has no place in the character of God.” The immediately surrounding context indicates strongly that this strange statement is based on the person of Jesus Christ as the perfect manifestation of God.

I offer this in support of Greg Boyd’s project without endorsing his whole project (viz., in The Crucifixion of the Warrior God which I reviewed here last year).

Clearly this ancient, very early Christian writer believed, at least at the moment he wrote that sentence, that God is as Jesus was—a person of peace. Does that mean, am I claiming, that the author of the Epistle to Diognetus was a pacifist? That’s a different question and I’m not “going there” here. Some early Christian writers were; some weren’t.

My point is simply this: This paradigm shift in modern, contemporary Christian theology toward thinking through logically and without restraint the principle that Jesus is the perfect revelation of the character of God has precursors and profound implications. One of those might be that our Bibles should begin with the New Testament! I have gone so far as to encourage my students to “read the Bible backwards.” Some of them look at me strangely, but I ask them this question: If you could only translate one book of the Bible for a people group without the Bible in their language, which book would it be? The majority of them answer “The Gospel of John” and then I tell them that “when I was young” Christians frequently handed out “gospel tracts” to total strangers. (I always carried some to school—as we were expected to!) If those gospel tracts contained a portion of the Bible it was always The Gospel of John. Why? Because that gospel portrays (portrait, not biography) Jesus most clearly as the perfect revelation of the character of God.

My argument is that many evangelical Christians have always believed this principle in principle but have not worked it into their theology systematically. This is the task taken up by (among others) Taylor, Moltmann, Jüngel, and Boyd.

There is far to go, much more work to be done, and some of it will be challenging and even uncomfortable for many conservative Protestants. (I think Pope Francis is making it less uncomfortable for Catholics! We know, for example, that Francis’s favorite theologian is Walter Kasper who I consider a Catholic example of this principle. Read his magisterial volume The God of Jesus Christ [Continuum, 2012].)

Like Loading...
A Paradigm Shift in Christian Theology: What It Means to Say “God is Jesus”, is this a real "paradigm shift" and for whom?, is this something to get excited about?