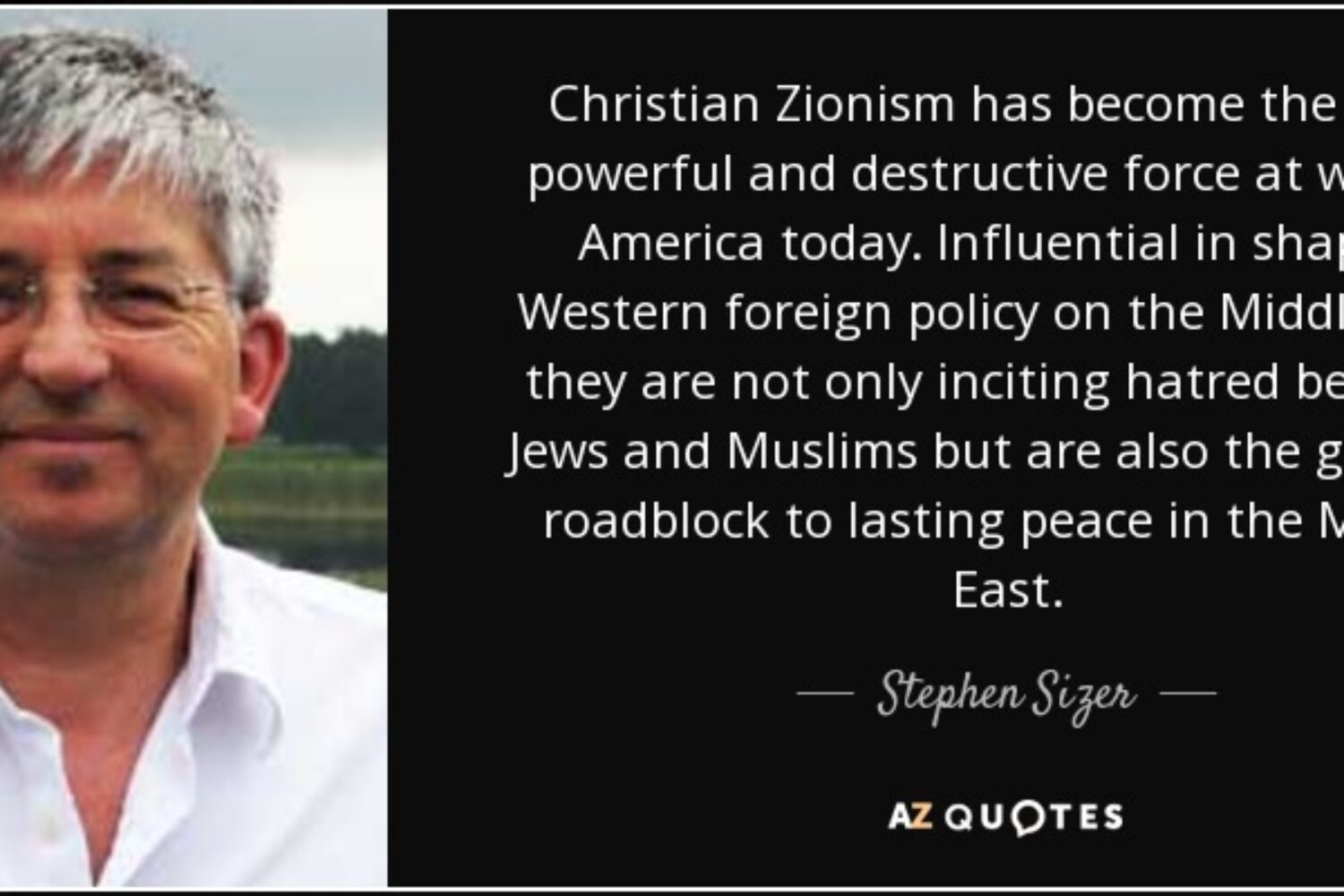 WN: This was done for a new book by Ron Dart, Canadian Christian Zionism: A Tangled Tale.

“Christian Zionism” like “Christian Violence” is an oxymoron. Both insights were “coming-of-age” insights over against the quintessential fundamentalism, (historian Ernest R. Sandeen’s claim in The Roots of Fundamentalism (Sandeen, 1970/2008) ) of my Plymouth Brethren (PB) upbringing. Dispensationalist millenarianism was a PB invention in fact by early PB John Nelson Darby, an apocalyptic Johnny-come-lately in Christian history, though with antecedents. The teaching spread like wildfire along many sawdust trails and otherwise of 19th to 21st century Evangelical worldwide evangelistic and missionary expansionism.

The opportunism of this eschatology “was an effective evangelistic tool of terror to scare people into making decisions for Christ and to stimulate believers to ‘witness for Christ’ to add stars to their heavenly crowns before it was everlastingly too late (Wilson, 1977, p. 218).” Wilson further declared, “It is not likely that the situation will change greatly (ibid, p. 228).” The massive sales alone of the Left Behind series by Timothy LaHaye and Jerry Jenkins show this to be enormous understatement almost 40 years later.