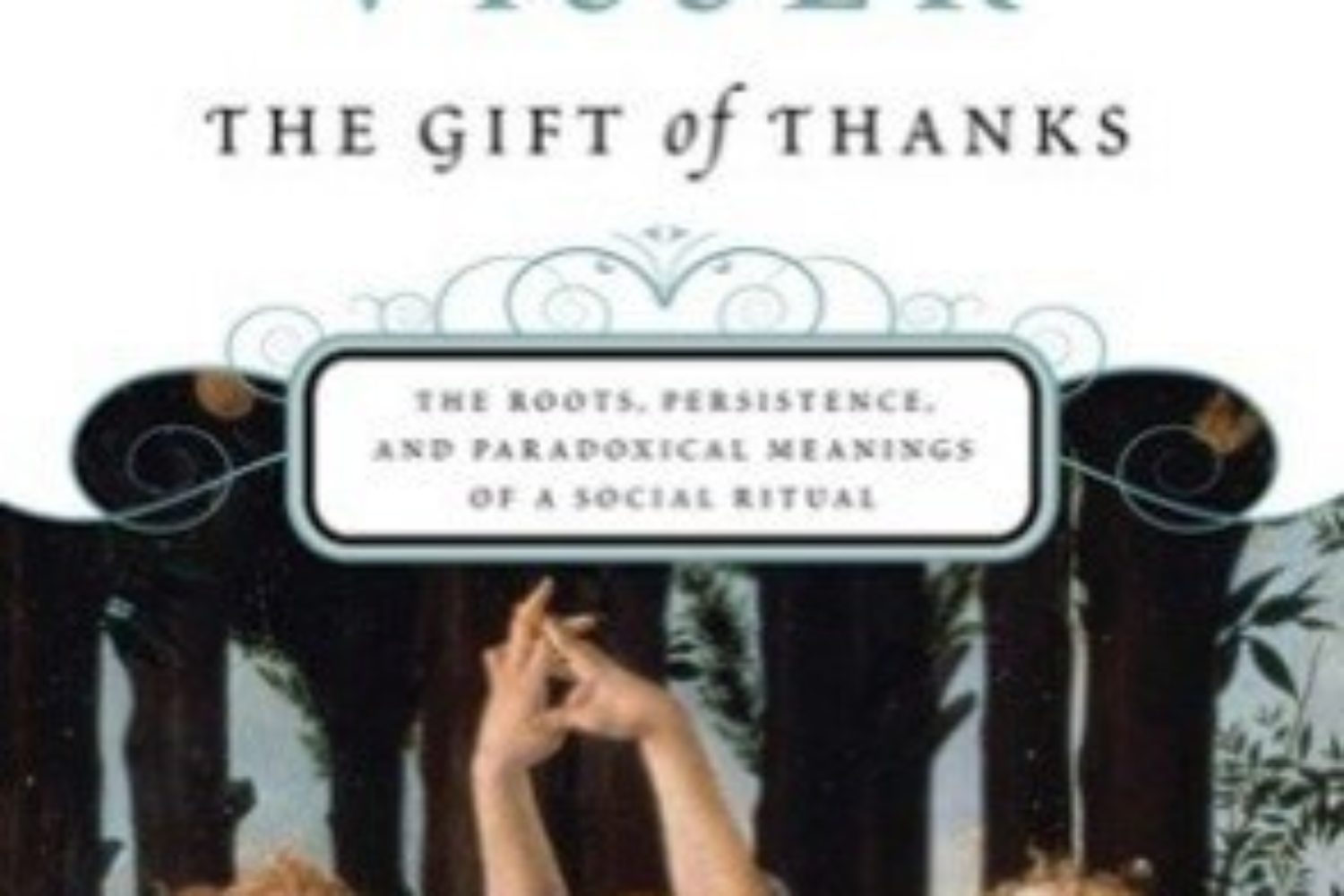 All three books are rich resources in the profound spirituality of gratitude. They deserve repeated revisiting. Reviewing all three together hardly begins to do justice to their content.

I chose to display the cover of the third book under review.

An excerpt, found in all three books, is the citation from Dag Hammerskjöld. Margaret Visser frames it below:

She writes a little later:

Giving and gratitude, on the other hand, are the beginning and stuff of transcendence: a free response in love to another person, to the group to which one belongs, to all groups in society including one’s own, to humankind as a whole, to the earth, to the universe, and – both finally and first – to God. In 1953, during a moment when he was reflecting on the inevitable coming of death, Dag Hammerskjöld wrote:
“– Night is drawing nigh –”
For all that has been – Thanks!
To all that shall be – Yes!
Willing acceptance of everything to come – as for all of his past – is his thankful and trusting response to God for the givenness of his life (p. 376).