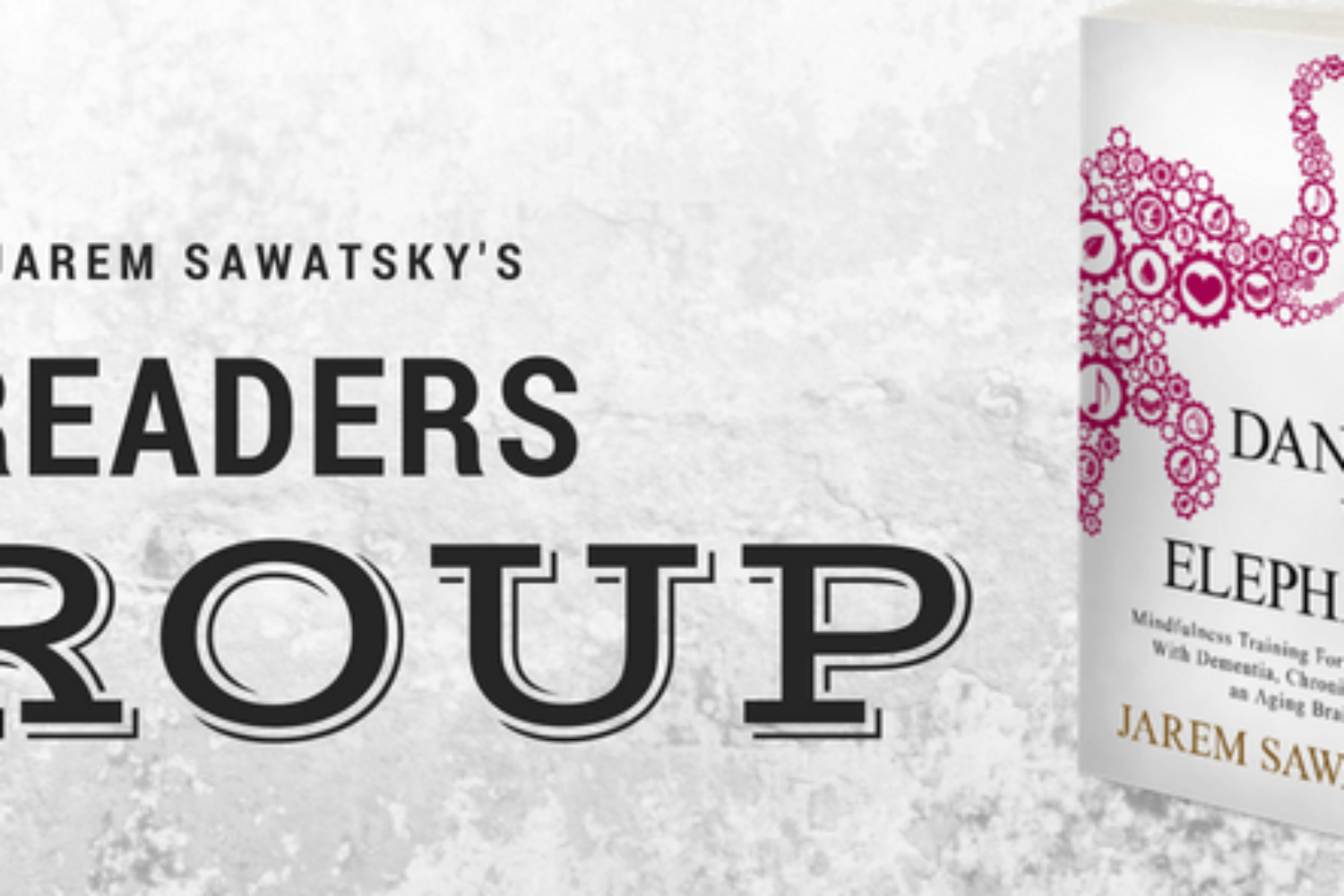 Not only is the posting by Jarem Sawatsky about Patch Adams wonderful. The link on which you may click for book giveaways leads you to some great-looking stuff. Take a gander!

And of course, you may wish to sign up for Jarem’s Blog, so real, so poignant, so powerful! He can tell you his own story…

NOTE: Before I give you my new post I want to let you know that I am participating in a book giveaway where 7 personal development authors are giving away 11 different books all for free.   If you would like 1-11 free ebooks, check out this link.  You can read the latest blog post below or you can click here to read it on the website.

The real Patch Adams estimates he has been at 10,000 deathbeds.  I asked him what he learned from being present at these deathbeds – dressed as clown with toys in his pocket.

“They are not deathbeds.” He said.  “They are living beds.  There are two states: living and dead. From the second you are conceived you are dying.  That is not interesting – especially since you are also living.”

Then he looked into my eyes and said, “Either you’re living or you’re dead. The fact that you are ‘dying’… well I see you as living.  So where is the fun?”  It was as if he was saying – you are living to live well.

Later in our conversation, I asked him if, given his experience, he could give a few hints on living well for those of us who are labeled with a disease.

Somehow those words struck me as freeing.  I don’t need to figure out everything about dying.  I need to keep living.  To be thrilled, to be grateful, to be wonder-filled.  To be curious about life and living. These are ways of being that are accessible to me.

As a person with Huntington’s Disease, I am seeking out those I hope can teach me about love, compassion and the joy of living.  In a world of potential teachers, I’ve picked 5, including Patch Adams. The five are all wise teachers, living the wisdom of the future in the present and oriented to a more healing way of living in the here and now. I was recording a video with Patch Adams when he said these things.

If someone else spoke these words to me they probably would not have had the same effect. Perhaps if I tell you some of Patch Adams’ story, you too will feel the deep surge of gratitude for living and a deep dare that our living is shaped by caring for others.

Some people think they know Patch Adams’ story because of the famous Hollywood movie which was based on his life and featured Robin Williams as Patch Adams.  However, the real Patch Adams is quick to point out how the film profoundly simplified and sanitized the life.

Patch was born in 1945. He grew up an army brat following his father around the world and watching as war stole his father’s soul.  After his dad died during Patch’s teen years, his mom relocated Patch and his brother to Virginia.  This was a time of open racism. When Patch saw “Whites Only” signs he realized his country was fake and religion was fake because they allowed such injustice and dehumanization.  As a teen Patch was beaten up for standing up against violence and racism.  In his 18th year he was hospitalized three times at a mental hospital for trying to commit suicide. Patch did not want to live in a world of violence.

It was during his third hospitalization that his life changed directions. For him it was like a lightning strike: “You don’t have to kill yourself.  You need to make a revolution, a love revolution”

He was confronted by two questions which shaped his life.
1. How do I find a love job for men in a capitalist system which is making its people sick?
2. How can I be an instrument of peace and justice and care every day?

The first question set him on a quest to become a free doctor. The second led him to practice clowning every day.

At the age of 18 he says he “dove into an ocean of gratitude and has never found the shore.”
He says “since then, in 54 years, I never had a bad day.”

As a young adult, he turned his attention to books and to social experiments in loving and playing.  Through these social experiments he crafted himself into an instrument of peace.  He dressed as a clown so that he could clown instantly if he saw someone in need of comfort. Sometimes he clowned to interrupt violent exchanges between strangers. For two hours, every day for 2 years he called wrong numbers to learn to talk, trying to keep them on the phone. He would go into Washington DC to ride the elevator to learn the art of talking.

For Patch, medical school seemed to teach everything that was wrong with society: elitism, racism, speed doctoring, medicine for money, hierarchy.

The year he graduated as a medical doctor, 1971, he also released an 8-page paper on a model hospital designed for holistic care. He called the model hospital Gesundheit! Institute.

To demonstrate that his model of care could work, for the next 12 years a small group of families and doctors lived out a mini-version of the model.
Here are some of the striking characterstics of this model of care:

When Patch started this Gesundheit! Institute, they thought the full model hospital would be built by 1975. Yet during this 12 years they did not get one donation.  They learned that giving and loving were a kind of a high.  But they also learned that they would need to change their approach if they wanted to find funds to build the model hospital.

Patch then started to work full-time at various kinds of outreach and speaking engagements.  The goal was to create the funds to build the model hospital.  A dream that is yet to be completed.  (You can donate here: http://www.patchadams.org/donate/ ),  Patch spends up to 300 days each year on the road and visits over 90 medical universities in 70 countries. Apart from doctoring Patch finds he needs to have some ongoing way to care for others if he is to sustain his work.  So he responds to every letter written to him as an act of care.  Further he decided to do clowning trips into some of the neediest places in the world:  war zones, refugee camps, orphanages, prisons, places of abject poverty; even war veteran trips.  In each place, he and others try to “inflict” society with the joy of living.

Patch sums up is approach by saying: “My spiritual path is loving people.”

So when I speak to Patch, across from me sits a 71 year old man.  He is dressed as a clown, with long white and dyed blue hair that has not been cut since 1967.  In characteristic style, his white mustache curls up at the ends.  He wears a tie that’s pink and purple and some bright red glasses to finish off the outfit.  Across from me sits a man whose dream has not yet been accomplished, even through four decades of trying. But as he speaks, I know this is an unimportant detail.  He speaks with love, not bitterness.  His life has not been wasted trying to fund a model hospital.  Rather, this one speaks as one who tries every day to be an instrument of peace, justice and care.  I am the peace professor but he speaks as one whose whole life has been dedicated to peace or what he calls 6 qualities of living well: happy, funny, loving, cooperative, creative and thoughtful.

Talking with Patch made me reflect on this question:  What if the answer to most of our problems is to make others radiant? When we are not well, so many medical professionals tell us to focus on ourselves.  But what if the key to our own happiness can only be opened by caring for others.

From Patch, I want to learn the joy of living, the gift of living in gratitude and the deep transformations that arise from care and love for those around us is practised.  My blog outlines my own social experiments in loving but Patch dared to me go further, to be bolder and freer.

I interviewed Patch for my upcoming book, Dancing with Elephants: Mindfulness Training For Those Living With Dementia, Chronic Illness or an Aging Brain.  I am also using the video from that interview as a 5-part series:  A More Healing Way: Video Discussions on Disease.

In the video you can hear Patch share his own story as well as exploring things like how a tree can stop your suffering; how loneliness is the worst human condition, tricks to get people to love and to be joyful. If you just want updates when the book and videos are ready, please sign up for my email list.  You will get two free books and a sampler of my upcoming book when you sign up for the email list.

Take Care,
Jarem
P.S.  Don’t forget to check out the 11 inspiring, personal development books you can get for free.
Blog post: Diving into an Ocean of Gratitude with Patch Adams
Blog: Dancing with Elephants: A Beginners Guide to Losing Your Mind
My website: www.jaremsawatsky.com

Like Loading...
6 qualities of living well, being an instrument of peace, free book giveaways, gift of living in gratitude, Huntington's disease, Jarem Sawatsky, Jarem Sawatsky's Blog, justice and care, key to happiness: caring for others, life lessons, making others radiant, Patch Adams the clown, the joy of living