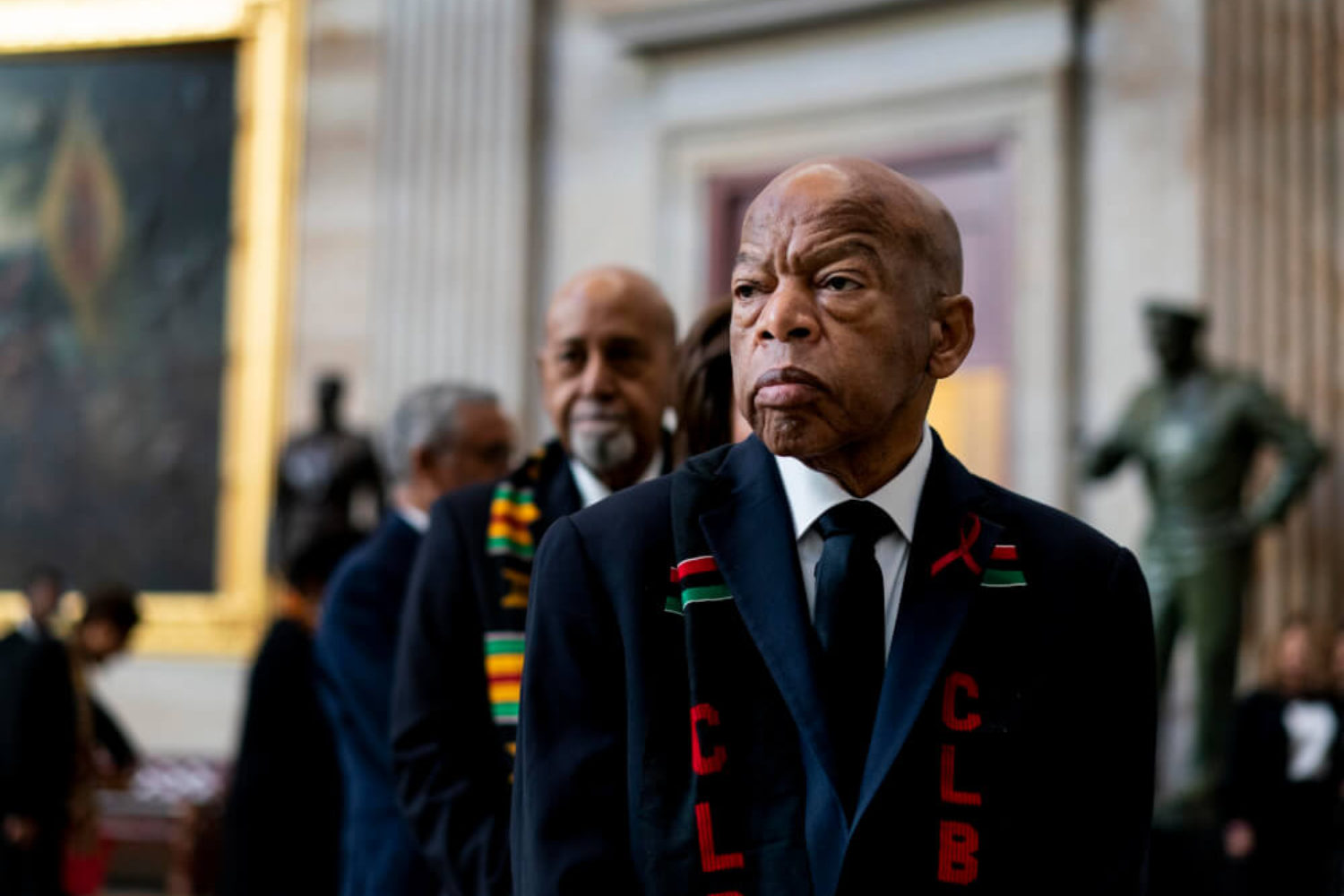 “Hate is too heavy a burden to bear,” Lewis tweeted last year. “Love is the better way.” – John Lewis

John Lewis has survived a storm of physical and verbal attacks. He was beaten as a young man while campaigning for civil rights, one time fracturing his skull. The current president denigrated Lewis, a widely respected House member, for refusing to attend his inauguration.

Division and polarization persist, but last week, the Georgia Democrat rose in Congress to salute a Republican he’d worked with for two decades, retiring Sen. Johnny Isakson. “You, Senator, led a team that could cross the aisle without compromising your values,” Lewis told the crowd.

As Lewis closed his remarks, he told the ailing senator, “I will come over to meet you, brother.” Lewis crossed the aisle and embraced Isakson in a gesture that inspired Republicans and Democrats.

The aisle-crossing embrace is not uncommon for Lewis, who has won the Presidential Medal of Freedom and the 2016 National Book Award. “Hate is too heavy a burden to bear,” Lewis tweeted last year. “Love is the better way.”  (11Alive)

Please click on: John Lewis on Hate and Love