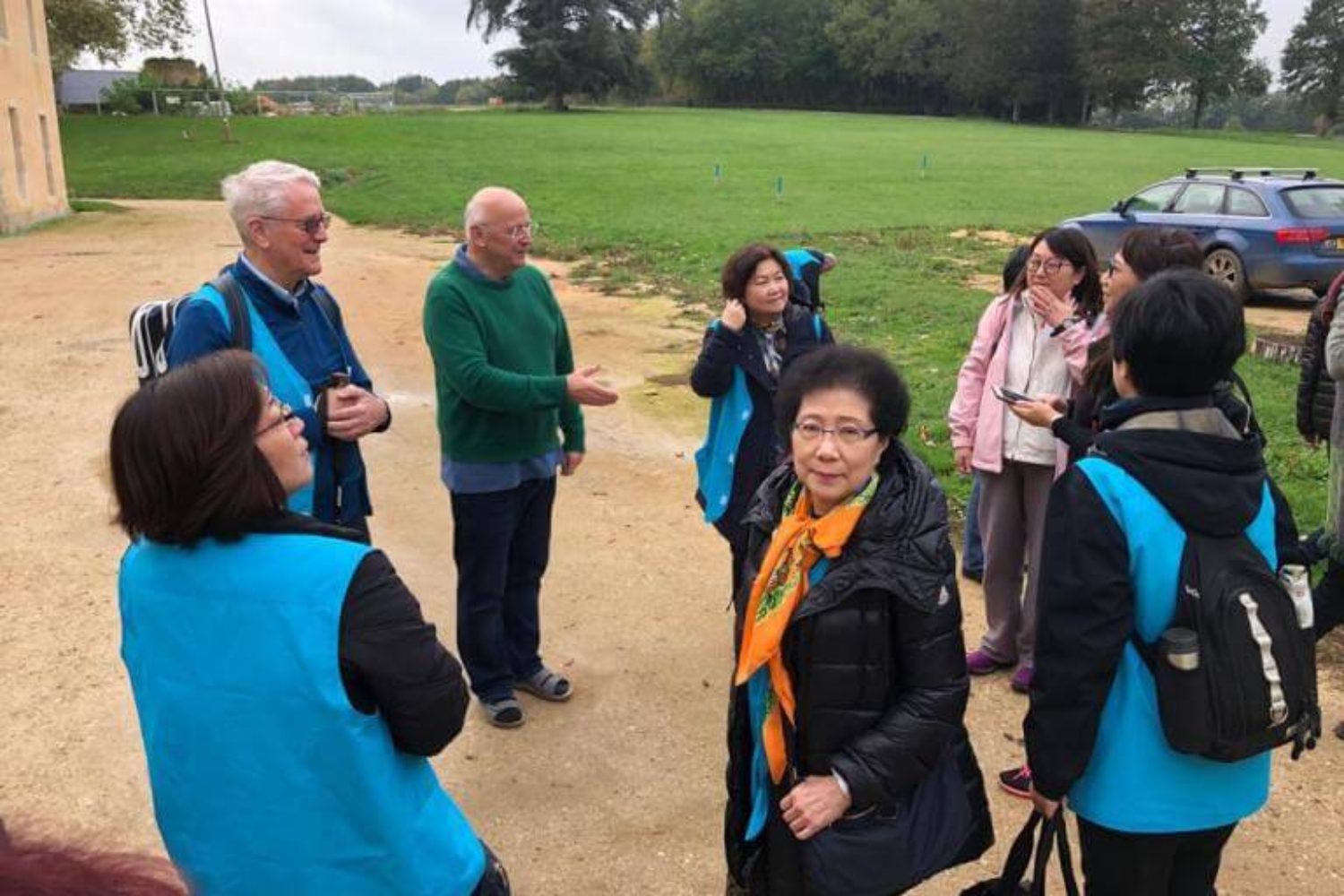 I’ll also include after the excerpts the latest update video on Bonnevaux. Esther and I had the beautiful experience of volunteering at Bonnevaux for two weeks in 2018.

When I decided to join my parents for the pilgrimage to Bonnevaux, I was excited but wary. The majority of the trip participants were solidly middle-aged (some even elderly) Hong Kong ladies, and I was going to be the youngest person by decades. Now that the pilgrimage is over, I realize that I need not have worried too much. Before the trip I had already steeled myself for the inevitabilities of traveling with a large group of elderly women. The perpetual need for bathroom stops, incessant photo taking, and stragglers who inevitably meandered into shops were exactly as I had anticipated. What I did not anticipate was how young at heart the group could be.

Many in the group displayed a commitment to living their faith that I found inspiring. Furthermore, our group comprising both Catholics and Protestants resulted in a delightful ecumenical cross-pollination throughout the trip. On our last day of pilgrimage, I was thrilled to find myself explaining how to do Confession to a Protestant lady who was curious and wanted to try, even though she had never done it before.

Faith was and is a grounded decision

As the trip progressed, I felt immense gratitude for my parents. Of course, my mother had put together a wonderful itinerary that required months of planning, but I was truly thankful for her faith. That I wanted to come on the pilgrimage at all was a testament to how my parents had not only lived their faith, but also transmitted it to me.

For as long as I can remember, faith has been a pivotal part of my family’s life. As I grew older, my mother increasingly shared with my younger sister and me her own struggles and doubts, allowing us to see that faith was not a blind emotion but a grounded decision. That my sister and I are today both (hopefully) strong, independent, intelligent, socially conscious, and critical-thinking women of faith is because of my parents’ foresight to let us choose to be Catholic ourselves.

A happier and lighter heart

After two weeks, I did not feel sad that the trip was coming to a close. On the contrary, I felt oddly happy about returning back home. My saints’ squad was going to be with me even if I was no longer in France. The meditation retreat at Bonnevaux had planted a germinating seed within me, and Fr. Laurence’s talks energised me to persist in meditation outside of the serene and tranquil environment at Bonnevaux. Though I’ve come back to Philadelphia a few pounds heavier, my heart is lighter after surrendering to God.