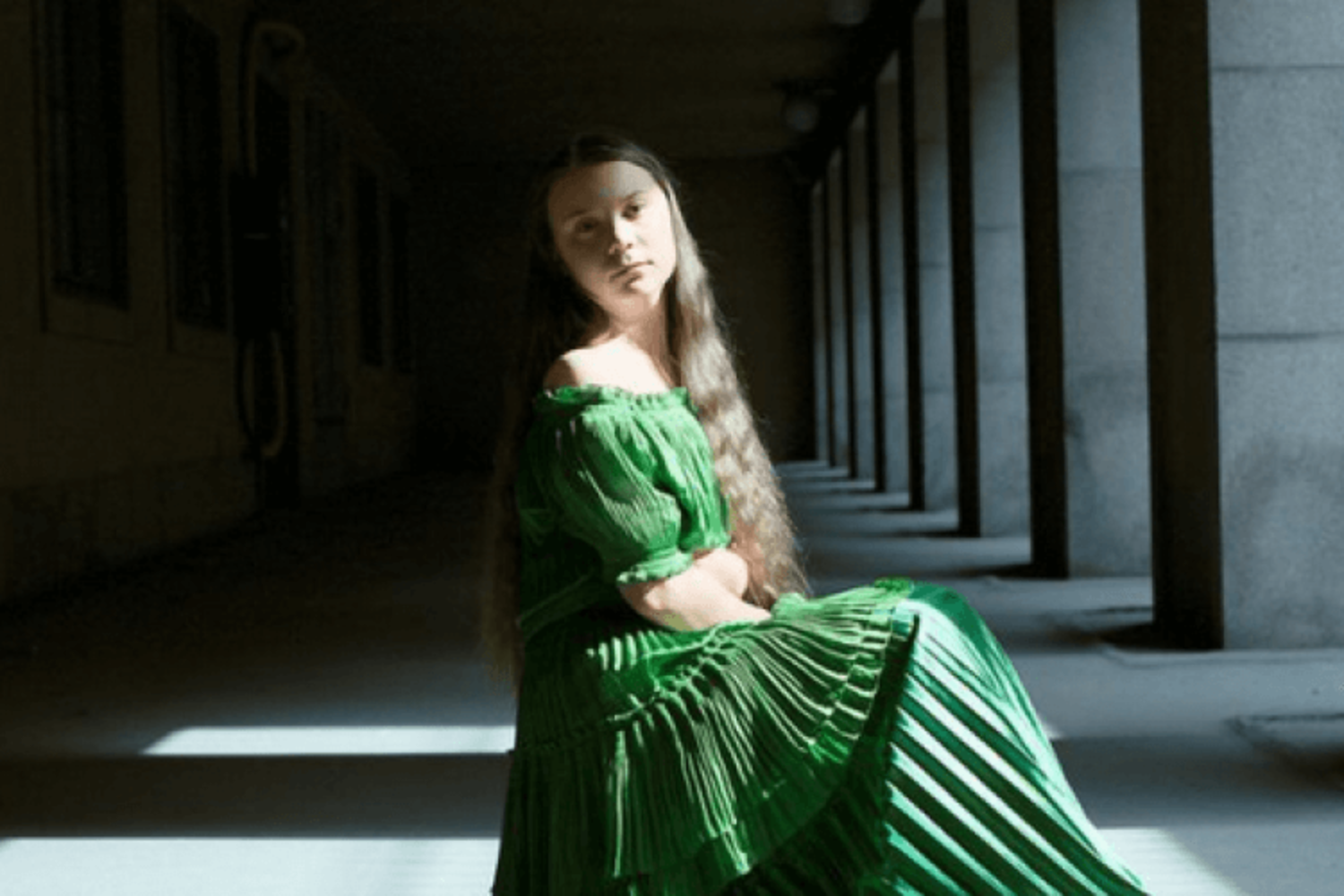 ‘Now I Am Speaking to the Whole World’: How Teen Climate Activist Greta Thunberg Got Everyone to Listen

Organizers estimate that on March 15, a remarkable 1.6 million people in 133 countries participated in a climate strike inspired by Thunberg’s solo action

photo above: Greta Thunberg: “I felt everything was meaningless and there was no point going to school if there was no future.” (Photo: Time)

WN: No amount of name-calling will change the tune of ACD (Anthropogenic Climate Disruption) deniers, but I choose to indulge myself: ACD NAYSAYERS ARE ABJECTLY WRONGHEADED! (at least in such obstinacy on that topic. And should be entirely ignored.) There! Got it off my chest… Sadly for my family, this includes someone close who has been pontificating like the best of any fundamentalist I’ve ever met (a few more are in the extended family) on the (anti)matter — without a shred of evidence let alone openness to discuss the issue rationally — for years. And of course, yet tragically, all the other alt-right favourites such as racism, bigotry, xenophobia, anti-immigration, etc. fall into lockstep. Hard to believe we grew up on the same Planet, in the same family…

But kudos to Ms. Thunberg who brooks no compromise, no watering down, no greedy nonsense. THE TIME FOR ARGUMENT IS LONG PAST!

Castigating the powerful has become routine for the 16-year-old. In December, she addressed the U.N. Climate Change Conference in Poland; in January she berated billionaires at the World Economic Forum in Davos, Switzerland. Her London speech was the last stop of a tour that included meeting the Pope. (“Continue to work, continue,” he told her, ending with, “Go along, go ahead.” It was an exhortation, not a dismissal.)

Just nine months ago, Thunberg had no such audiences. She was a lone figure sitting outside the Swedish Parliament in Stockholm, carrying a sign emblazoned with Skolstrejk for Klimatet (School Strike for Climate). She was there for a reason that felt primal and personal. While Thunberg was studying climate change in school at the age of 11, she reacted in a surprisingly intense way: she suffered an episode of severe depression. After a time it lifted, only to resurface last spring.

“I felt everything was meaningless and there was no point going to school if there was no future,” Thunberg says. But this time, rather than suffer the pain, she decided to push back at its cause, channeling her sadness into action. “I promised myself I was going to do everything I could do to make a difference,” she says.

Inspired by the survivors of February 2018’s school shooting in Parkland, Fla., she began a weekly schoolwork strike every Friday, turning to social media to implore politicians to support and take steps toward halting carbon emissions. Since the U.N. Climate Change Conference in December, Thunberg’s Twitter following has grown by nearly 4,000% to reach 612,000; many have also followed her lead offline, striking to demand change. “Before, I never really spoke when I was in my lessons or with my classmates,” she told me shortly after her London speech. “But now I am speaking to the whole world.”

Thunberg attributes her determination to her diagnosis of Asperger’s, a mild form of autism spectrum disorder. “It makes me see the world differently. I see through lies more easily,” she says. “I don’t like compromising. For me, it’s either you are sustainable or not — you can’t be a little bit sustainable.” Her openness about her diagnosis, and willingness to share about her experiences of depression, anxiety and eating disorders, are another reason why many see Thunberg as a role model. “To be different is not a weakness. It’s a strength in many ways, because you stand out from the crowd.”

Not that all of the attention has made her terribly impressed. She indulges a brief smile at a mention of President Barack Obama’s tweet in praise of her, but she returns quickly to her larger message. “I believe that once we start behaving as if we were in an existential crisis, then we can avoid a climate and ecological breakdown,” she says. “But the opportunity to do so will not last for long. We have to start today.”

Thunberg’s main goal is for governments to reduce emissions in line with the Paris Agreement, limiting global temperature rise to 1.5°C over pre-industrial levels. In October 2018, the U.N.’s Intergovernmental Panel on Climate Change (IPCC) released a landmark report warning that carbon emissions would need to be cut by 45% by 2030 to reach this target. “The report made it very clear that we have to act now,” says Myles Allen, a co-author of the report. Since the price of failing to heed these warnings will be paid by young people, Thunberg believes the school strike follows an inevitable logic. “We are children, saying why should we care about our future when no one else is doing that?” she says. “When children say something like that, I think adults feel very bad.”

Since she came to prominence, Thunberg has been the target of negativity, trolling and even threats. Right-wing commentators and climate-change deniers have called her a “PR puppet” who is paid by a global network of billionaires to spread a “left-liberal” message. Others have criticized her stern appearance and “monotone voice,” a characteristic shared by many on the autism spectrum.

“It’s quite hilarious when the only thing people can do is mock you, or talk about your appearance or personality, as it means they have no argument, or nothing else to say,” she says, reading some negative replies she’s received to a recent tweet. “I’m not going to let that stop me,” she says, “because I know this is so much more important.”