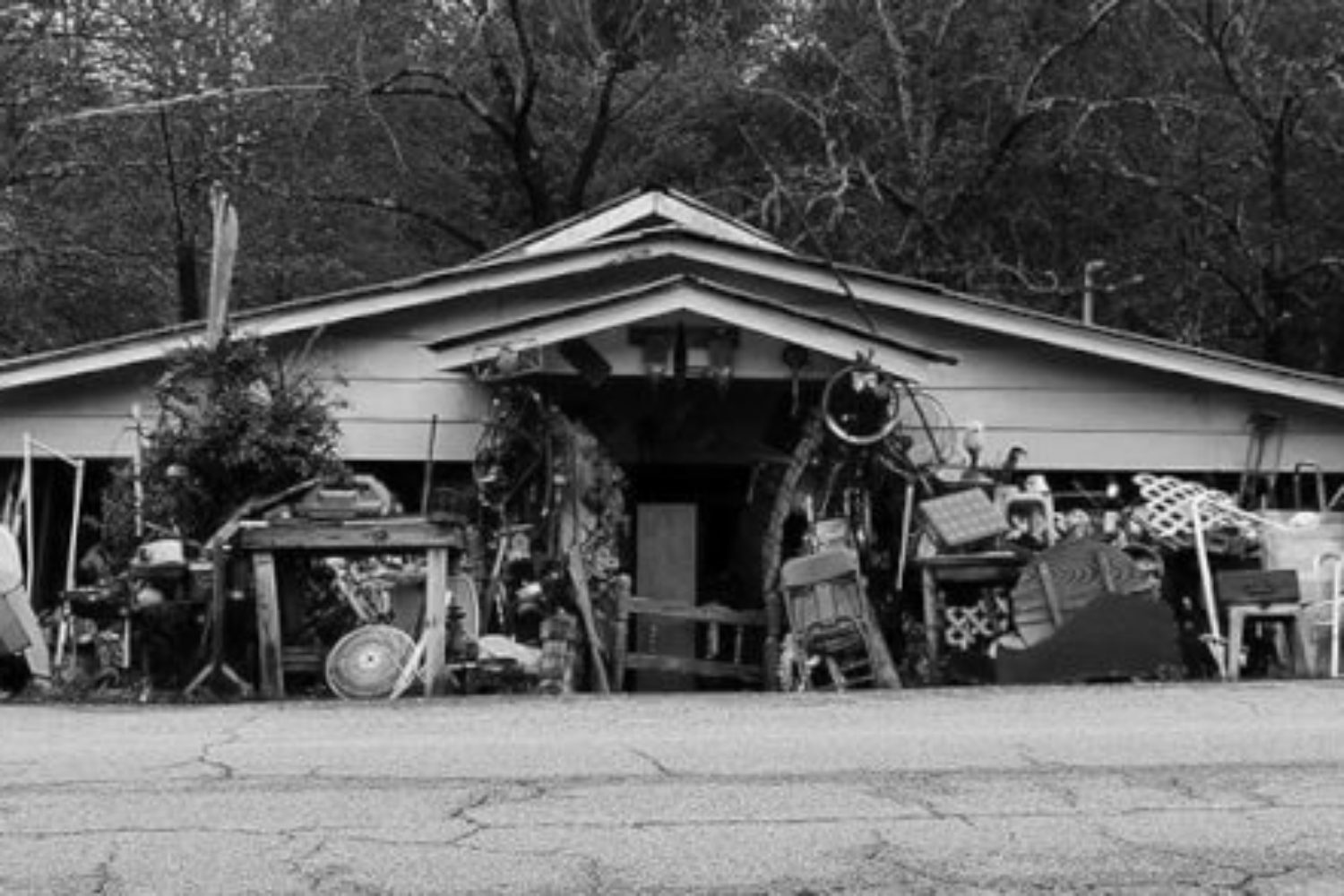 Emerging science is putting the lie to American meritocracy.

WN: Deeply embedded in the right-of-centre in my experience is the profound myth of meritocracy. Wherever it has taken root, it is a false narrative… We do well to heed the wisdom in the article highlighted below.

As an adult I thought I’d figured that out. I’d always thought my upbringing had made me wary and cautious, in a “lessons learned” kind of way. Over the past decades, though, that narrative has evolved. We’ve learned that the stresses associated with poverty have the potential to change our biology in ways we hadn’t imagined. It can reduce the surface area of your brain, shorten your telomeres and lifespan, increase your chances of obesity, and make you more likely to take outsized risks.

Now, new evidence is emerging suggesting the changes can go even deeper—to how our bodies assemble themselves, shifting the types of cells that they are made from, and maybe even how our genetic code is expressed, playing with it like a Rubik’s cube thrown into a running washing machine. If this science holds up, it means that poverty is more than just a socioeconomic condition. It is a collection of related symptoms that are preventable, treatable—and even inheritable. In other words, the effects of poverty begin to look very much like the symptoms of a disease.

That word—disease—carries a stigma with it. By using it here, I don’t mean that the poor are (that I am) inferior or compromised. I mean that the poor are afflicted, and told by the rest of the world that their condition is a necessary, temporary, and even positive part of modern capitalism. We tell the poor that they have the chance to escape if they just work hard enough; that we are all equally invested in a system that doles out rewards and punishments in equal measure. We point at the rare rags-to-riches stories like my own, which seem to play into the standard meritocracy template.

But merit has little to do with how I got out.

Even at this stage, then, we can take a few things away from the science. First, that the stresses of being poor have a biological effect that can last a lifetime. Second, that there is evidence suggesting that these effects may be inheritable, whether it is through impact on the fetus, epigenetic effects, cell subtype effects, or something else.

This science challenges us to re-evaluate a cornerstone of American mythology, and of our social policies for the poor: the bootstrap. The story of the self-made, inspirational individual transcending his or her circumstances by sweat and hard work. A pillar of the framework of meritocracy, where rewards are supposedly justly distributed to those who deserve them most.

What kind of a bootstrap or merit-based game can we be left with if poverty cripples the contestants? Especially if it has intergenerational effects? The uglier converse of the bootstrap hypothesis—that those who fail to transcend their circumstances deserve them—makes even less sense in the face of the grim biology of poverty. When the firing gun goes off, the poor are well behind the start line. Despite my success, I certainly was.

Why do so few make it out of poverty? I can tell you from experience it is not because some have more merit than others. It is because being poor is a high-risk gamble. The asymmetry of outcomes for the poor is so enormous because it is so expensive to be poor. Imagine losing a job because your phone was cut off, or blowing off an exam because you spent the day in the ER dealing with something that preventative care would have avoided completely. Something as simple as that can spark a spiral of adversity almost impossible to recover from. The reality is that when you’re poor, if you make one mistake, you’re done. Everything becomes a sudden-death gamble.

Now imagine that, on top of that, your brain is wired to multiply the subjective experience of stress by 10. The result is a profound focus on short-term thinking. To those outsiders who, by fortune of birth, have never known the calculus of poverty, the poor seem to make sub-optimal decisions time and time again. But the choices made by the poor are supremely rational choices under the circumstances. Pondering optimal, long-term decisions is a liability when you have 48 hours of food left. Stress takes on a whole new meaning—and try as you might, it’s hard to shake.

The standard American myth of meritocracy misinterprets personal narratives like mine. The accumulated social capital of American institutions—stable transfer of power, rule of law, and entrepreneurship—certainly create economic miracles every day. But these institutions are far more suited to exponentially growing capital where it already exists, rather than creating new capital where society needs it. Stories such as mine are treated as the archetype, and we falsely believe they are the path to escape velocity for an entire segment of the population. In doing so, they leave that population behind. I am the face of the self-made rags-to-riches success story, and I’m here to say that story is a myth. The term “meritocracy” was coined in 1958 as a mockery of the very idea of evaluation by merit alone. We’ve forgotten to laugh, and the joke is on us.

Our new scientific understanding of the experience of poverty can also inform medical treatments later in life. In 2009, Michael Meaney, Gustavo Turecki, Moshe Szyf and colleagues took hippocampus samples from suicide victims with a history of childhood abuse and tested for DNA methylation controlling the expression of the gene NR3C1.1  They discovered an increased methylation around the NR3C1 promoter, which, in other studies, has been directly linked to a reduced expression of a protein called brain-derived neurotropic factor (BDNF). BDNF is among the most active neurotrophic factors, which drive the growth and development of new neurons even in adulthood. And the degree to which it is expressed may be inheritable. A 2015 study linked NR3C1 and reduced expression of BDNF in infants born to mothers who reported prenatal depressive symptoms.[ref number=”13″]Braithwaite, E.C., Kundakovic, M., Ramchandani, P.G., Murphy, S.E., & Champagne, F.A. Maternal prenatal depressive symptoms predict infant NR3C1 1 F and BDNF IV DNA methylation. Epigenetics 10, 408-417 (2015).)) It may be that BDNF is your best friend if you are an adult and want to change your neurological wiring. It could open a pathway to change brain wiring in exactly those areas that are most damaged by early stress and poverty: the prefrontal cortex, hippocampus, and the entire chain of the hypothalamic-pituitary-adrenal system. Those areas of the brain govern long-term memory, emotional control, and delayed gratification; all markers of individuals that outperform in academic settings in youth and are higher earners in adulthood.[ref number=”14″]14. Xu, X., et al. A significant association between BDNF promoter methylation and the risk of drug addiction. Gene 584, 54-59 (2016).))[ref number=”15″]15. Kheirouri, S., Noorazar, S.G., Alizadeh, M., & Dana-Alamdari, L. Elevated brain-derived neurotrophic factor correlates negatively with severity and duration of major depressive episodes. Cognitive and Behavioral Neurology 29, 24-31 (2016).)) Low doses of ketamine have been shown to act as a rapid anti-depressant, and that impact is directly linked to increased levels of BDNF.[ref number=”16″]Haile, C.N., et al. Plasma brain derived neurotrophic factor (BDNF) and response to ketamine in treatment-resistant depression. International Journal of Neuropsychopharmacology 17, 331-336 (2014).))

I would consider trying this treatment myself. But that is not my primary interest in the science of poverty. My interest stems from something else: worrying about the future.

We stand at the precipice if we don’t re-evaluate our understanding of poverty and inequality. The narrative in the neo-liberal west is that if you work hard, things work out. If things don’t work out, we have the tendency to blame the victim, leaving them without any choices. Brexit, Le Pen, and the defeat of Hillary Clinton are examples of the cracks that result from inequality and poverty, symptoms of my childhood experience writ large. The Piketty pitchforks are out, and the march to global disorder can only be arrested by adopting measures that begin to price in the stacked deck that I and anyone else born into deep poverty sees, and resents.

I believe we will see the Italian Five Star Movement submit a referendum to leave the EU this year, and that Marine Le Pen has better than even odds of winning the French election. The EU is in danger of buckling under a globalist defeat and may exist in name only two years from now.

These trends are being accelerated by the blind belief that the poor have failed to seize the opportunities that the market or globalization has created. This myth deserves to be taken off life support—and the emerging, empirical, and carefully observed science of poverty can help us do so if we pay it the attention it deserves.

Christian H. Cooper is the former head of interest rate derivatives trading at an investment bank in New York City and is currently focused on raising a global macro fund. He is a Truman National Security Fellow and a Term Member at the Council on Foreign Relations.