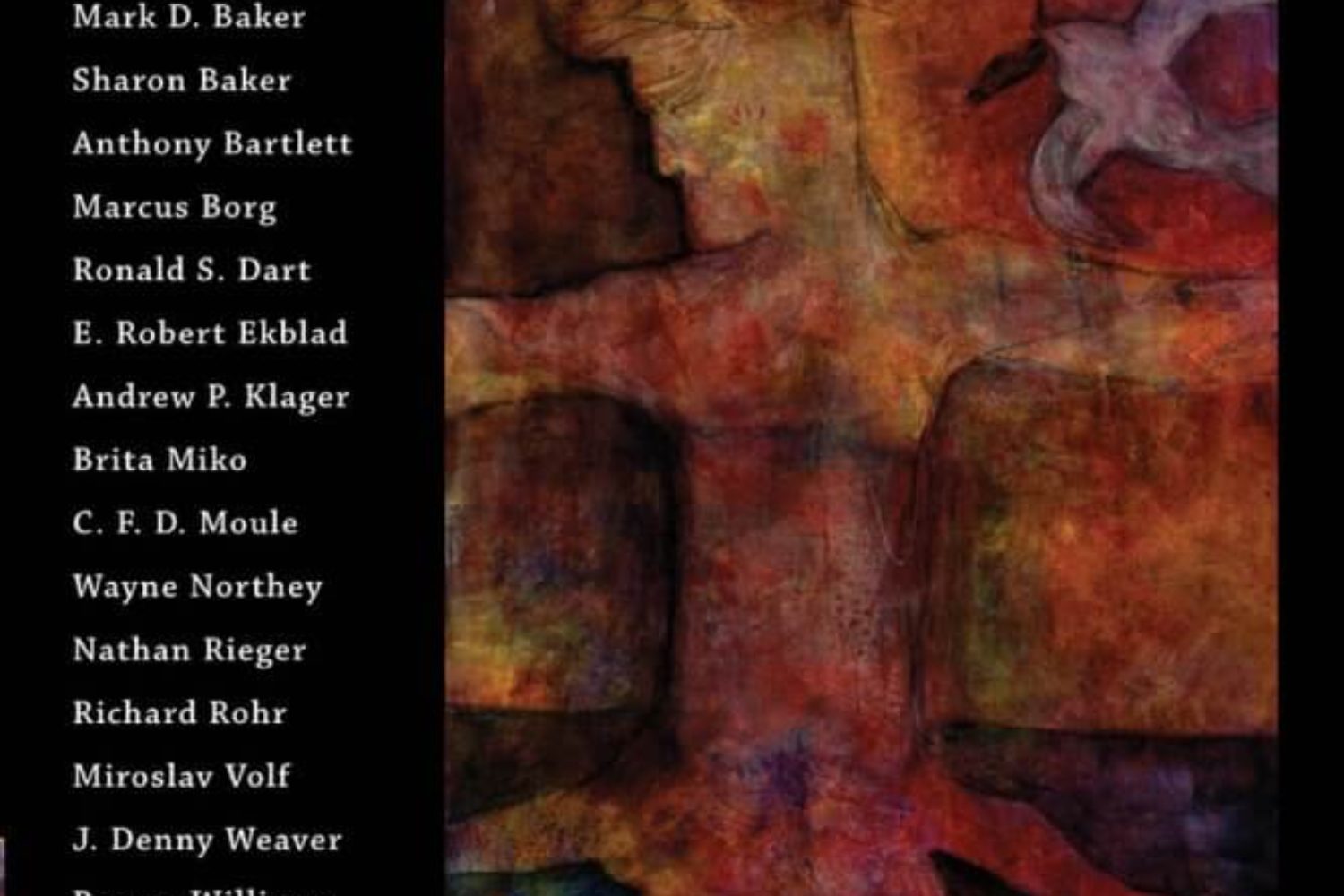 book cover above: Stricken By God? is an anthology of papers by authors from all the major Christian traditions, arguing for a nonviolent atonement.

WN: My paper1 specifically argues for a restorative justice view in contradistinction to the the retributive view of justice as described below, one that flows out of a violent atonement theory. See also my paper on a tragic trilogy of Justice issues that have plagued the church from earliest times.

For years now I have subscribed to a nonviolent atonement; or expressed another way: I have rejected the violent satisfaction/penal substitution theories of the atonement as woefully anti-Christ. This rejection has particularly salient consequences in the understanding of hell — and therefore profoundly of God2. Below is a succinct Franciscan summation of the nonviolent view of the atonement, as described by Father Richard Rohr. To understand its horrifically violent impact on Western culture especially in the development of the Western retributive justice system, please click on: God’s Just Vengeance.

In the thirteenth century, the Franciscans and the Dominicans invariably took opposing positions in the great debates in the universities of Paris, Cologne, Bologna, and Oxford. Both opinions usually passed the tests of orthodoxy, although one was preferred. The Franciscans often ended up presenting the minority position. Like the United States’ Supreme Court, the Church could have both a majority and a minority opinion, and the minority position was not kicked out! It was just not taught in most seminaries. However, it was taught in some Franciscan formation centers, and I was a lucky recipient of this “alternative orthodoxy” at Duns Scotus College in Michigan from 1962-1966.

I share this background to illustrate that my understanding of the atonement theory is not heretical or new, but has quite traditional and orthodox foundations, beginning with many theologians in the Patristic period.

Thomas Aquinas and the Dominicans agreed with Anselm’s (by then mainline) view that a debt had to be paid for human salvation. But Franciscan John Duns Scotus (c. 1266-1308) said that Jesus wasn’t solving any problems by coming to earth and dying. God did not need Jesus to die on the cross to decide to love humanity. God’s love was infinite from the first moment of creation; the cross was Love’s dramatic portrayal in space and time. That, in a word, was the Franciscan nonviolent at-one-ment theory.

Duns Scotus built his argument on the pre-existent Cosmic Christ described in Colossians and Ephesians. Jesus is “the image of the invisible God” (Colossians 1:15) who came forward in a moment of time so we could look upon “the One we had pierced” (John 19:37) and see God’s unconditional love for us, in spite of our failings.

The image of the cross was to change humanity, not a necessary transaction to change God—as if God needed changing! Duns Scotus concluded that Jesus’ death was not a “penal substitution” but a divine epiphany for all to see. Jesus was pure gift. The idea of gift is much more transformative than necessity, payment, or transaction. It shows that God is not violent, but loving. It is we who are violent.

Duns Scotus firmly believed that God’s freedom had to be maintained at all costs. If God “needed” or demanded a blood sacrifice to love God’s own creation, then God was not freely loving us. For the Franciscan school, Jesus was not changing God’s mind about us; he was changing our minds about God. If God and Jesus are not violent or vindictive, then our excuse for the same is forever taken away from us. If God is punitive and torturing, then we have permission to do the same. Thus grew much of the church’s violent history.

Jesus’ full journey revealed two major things: that salvation could have a positive and optimistic storyline, neither beginning nor ending with a cosmic problem; and that God was far different and far better than religion up to then had demonstrated. Jesus personally walked through the full human journey of both failure and rejection—while still forgiving his enemies—and then he said, “Follow me” and do likewise (see John 12:26; Matthew 10:38). The cross was not necessary, but a pure gift so that humanity could witness God’s outflowing Love in dramatic form.