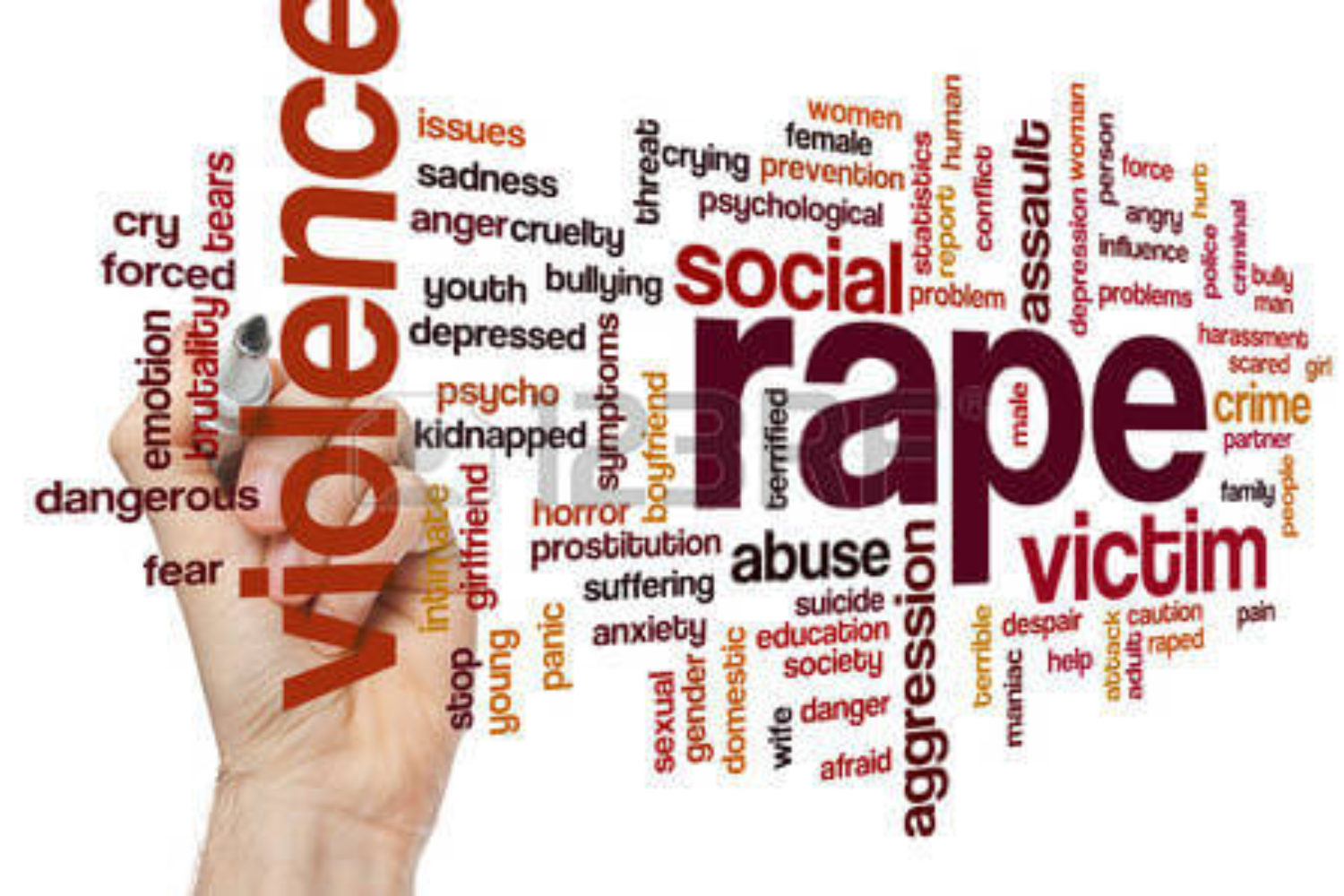 WN: Contemporary Western Restorative Justice theory and practice were not first developed by Americans, though they have greatly contributed to its worldwide expansion. In particular Howard Zehr’s name stands out in the earlier and subsequent years; but not as theory originator, or first practitioner.

From a Canadian vantage point, Dr. Herman Bianchi, a Dutch criminologist, is one of the three “grandfathers” chronologically of Restorative Justice, together with Mark Yantzi and Dave Worth, the first and afterwards longstanding Restorative Justice practitioners/theorists in Canada. Though the term predates all three, and other practices were taking place in the United States and elsewhere. There are related issues in any event about referring to “Restorative Justice” as though a unified movement with a single “grandfather/grandmother” – see Kelly Richards below.

One of numerous instances of Dr. Bianchi’s early contributions to the field was the Restorative Justice classic, Justice As Sanctuary, which had been published in Dutch (Gerechtigheid als Vrijplaats) in 1985, and was eventually translated into English through criminologist Harold Pepinsky (see below). A year later Dr. Bianchi co-edited Abolitionism: Towards a Non-Repressive Approach Towards Crime, Herman Bianchi & René van Swaaningen, Amsterdam: Free University Press, 1986. (My contribution was the final chapter seen here, “Towards a New Paradigm of Justice” — the idea of “paradigm shift” borrowed from Howard Zehr, in turn Thomas Kuhn.) There had been numerous previous publications in Dutch by Dr. Bianchi. His writings have seldom received their rightful due. He lent his scholarly weight as well all through the early years of Restorative Justice, to The International Conference on Penal Abolition (ICOPA) — see more below.

Years ago I read about two persons on a crowded subway train in New York, where one happened to overhear the other say “Frodo” in conversation with someone else. The story goes that he literally dove across the sea of people, exclaiming, “You’re reading Tolkien too?!” In the early years of Restorative Justice, to hear someone in criminal justice use that term became a kind of instant bonding. Then the term began to appear in programs of criminal justice gatherings. And finally, emblazoned boldly on their sides were government-funded Restorative Justice “ocean liners” programs, when until then we few had to be content with small speedboats to spread the news – often enough early on running out of gas, then eventually at times initially swamped by the new ocean-going vessels…

And though there are other claimants (see Kelly Richards’ Exploring the History of the Restorative Justice Movement: Paper presented at the “5th International Conference on Conferencing & Circles”, and her PhD thesis that delves into the history in greater detail), certainly Yantzi’s and Worth’s “Kitchener Experiment/The Elmira Case” in Kitchener, Ontario, Canada was one of the most replicated models. (See: “The Kitchener Experiment”, Dean Peachey, Mediation and Criminal Justice: Victims, Community, and Offenders, Martin Wright and Burt Galaway, eds., Newbury Park, CA: Sage Publications, 1989; and Pioneers of Peace: The History of Community Justice Initiatives in the Waterloo Region 1974 – 2004, Gary Nyp, Kitchener: Community Justice Initiatives, 2004.)

There were also significant theoretical contributions and practices from Canadian aboriginal communities that take Restorative Justice back millennia – likewise in indigenous cultures worldwide — though again Dr. Richards negates ahistorical romanticizing about the claimed absence of retributive justice elements in those ancient-to modern cultures. Crown Attorney Rupert Ross and Judge Barry Stuart are key early theorists and practitioners.  A paper that explores origins in Canada is “The Origins of Restorative Justice”. Wikipedia’s “Restorative Justice” article is also more comprehensive, though not nuanced like Richards’ scholarly work.

In the same year as Zehr’s book appeared, Harold Pepinsky and Richard Quinney edited and published Criminology As Peacemaking, directly challenging the entire warmaking terminology and practice in criminal justice (see also Pepinsky’s Peacemaking: Reflections of a Radical Criminologist), calling alternatively for commitment to “make peace with crime and criminals [which absence] is reflected in the paucity of our daily personal relations, where we live by domination and discipline, where forgiveness and mercy are seen as naïve surrender to victimization. The essays in this volume propose peacemaking as an effective alternative to the ‘war’ on crime. They range from studies of the intellectual roots of the peacemaking tradition to concrete examples of peacemaking in the community, with special attention to feminist peacemmaking traditions and women’s experience” – from the website for Criminology As Peacemaking.

It was from that amazing book that I learned ever after to describe Restorative Justice at its simplest to be a peacemaking, not a warmaking response to crime – one quite expandable to all brokenness in human and international relationships. Pepinsky and Quinney also belong to the panoply of early Restorative Justice “grandfathers”. They also connected this strand to the wider peace movements around the world and historically. One paper by me, “Is There a Place for Dreaming?”, picks up on the international implications of Restorative Justice, and was initially presented at St. Paul University in 2007, while I was the first “Scholar in Residence” at the Conflict Studies Department there, thanks to an invitation from Vern Redekop.

Also, though more tangentially, René Girard should be mentioned as significantly influencing early Restorative Justice theory, both over against biblical notions of retributive justice, and more generally in helping early practitioners wrestle with generic violence in every culture, and the way out. Vern Redekop noted above, another early Restorative Justice theorist who is today a worldwide foremost scholar on conflict studies, peacemaking, and René Girard, authored the book most widely distributed of 14 “New Perspectives on Crime and Justice – Mennonite Central Committee Occasional Papers, 1984 – 1994 (scroll towards bottom of this page to access them), edited by Dave Worth, Howard Zehr and me). It was entitled Scapegoats, the Bible, and Criminal Justice: Interacting with René Girard – Vern Redekop (1993 – and see below on this page). Girard himself gave his imprimatur to this publication.

Finally, prison abolitionism was also significant in influencing early Restorative Justice theory and practice. “The International Conference on Penal Abolition (ICOPA – which originally used the word “Prison” in place of later “Penal”), had its first Conference in 1983 in Toronto. It was organized by Ruth Morris, yet another very earlier theorist and practitioner. She was also a good friend and one of my three most significant mentors in Restorative Justice/Transformative Justice (the latter Ruth’s preferred term, because “Restorative” was not radical enough)/peacemaking/abolitionism. The two others were Liz Elliott and Claire Culhane. They were all fearless and outspoken women, in their various ways “grandmothers” of Restorative Justice.

Fair to say that, a little like sending out wedding invitations, once begun mentioning early practitioners and theorists, it is hard to know where to stop adding names – which in this highly diverse and communitarian field is as it should be.

Please click on: Towards A New Paradigm of Justice