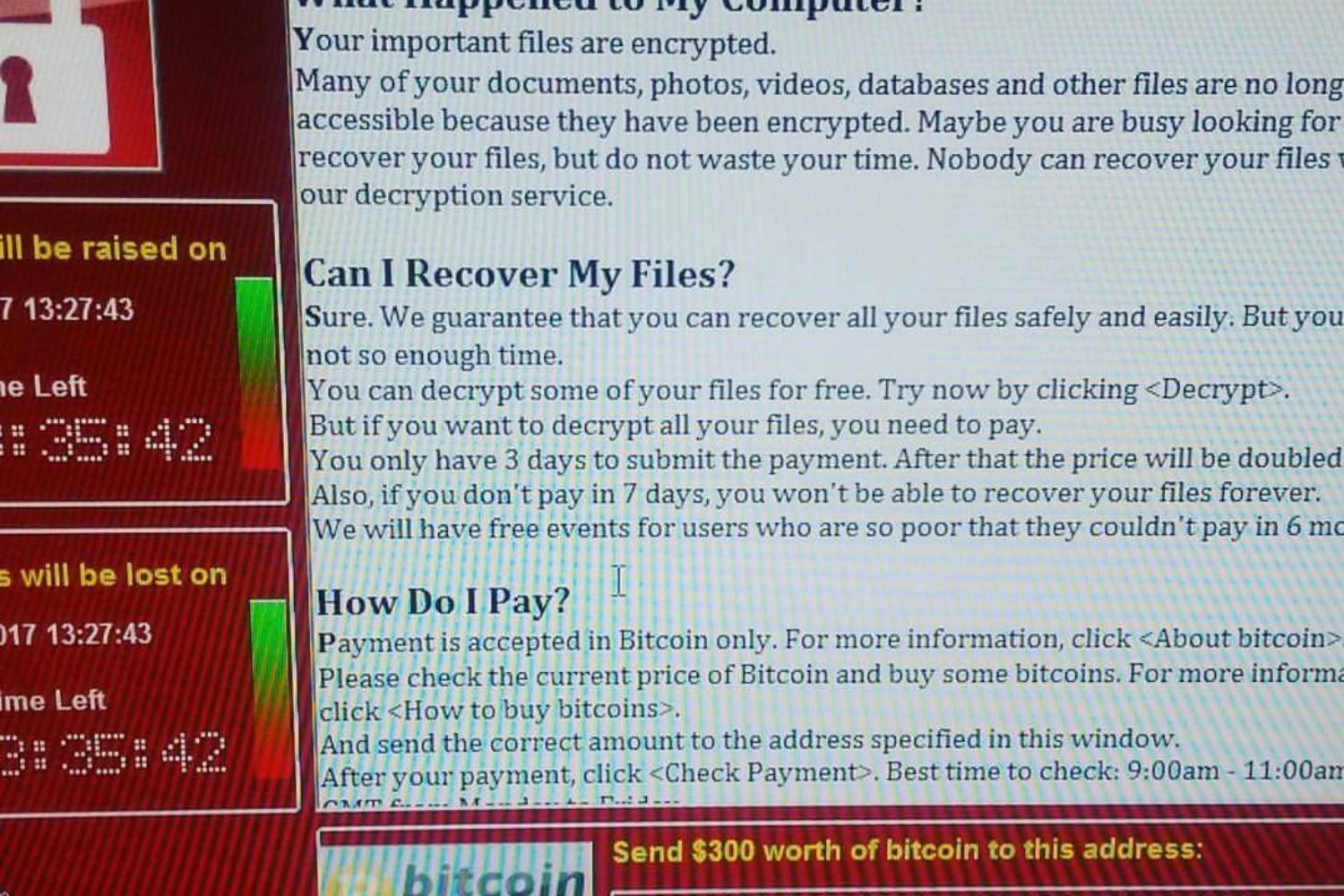 Worried About Those Global Cyber Attacks? They Were Started by Washington

The notorious US spy agencies invented this monster, first with the Stuxnet virus against Iran—but then they lost control over it.

WN: Of course, the United States has never been the “peacekeeper that upholds the world’s higher values”, as the normative

American myth since its founding lets on, indicated in the article highlighted below. It has rather been from inception a Bully Nation as a book by that title brilliantly exposes.  In Chapter One, the authors, sociologists Charles Derber and Yale R. Magrass, write:

In the United States, it is simply impossible to disentangle capitalism and militarism, leading to our analytical focus on militarized capitalism…

We believe that capitalism and militarism are the two fundamental institutional systems of political economy that give rise to a bullying society (p. 25).

“The hidden hand of the market,” [Thomas] Friedman notes in a particularly telling fragment, “will never work without a hidden fist. McDonald’s cannot flourish without McDonnell Douglass, the designer of the F-15. And the hidden fist that keeps the world safe for Silicon Valley’s technologies to flourish is called the U.S. Army, Air Force, Navy, and Marine Corps (The Lexus and the Olive Tree).”

We are told the world is being made “safe for democracy,” a trope that dates back to the days of the First World War. But “democracy,” in elite-speak, is code for capitalism.

“Across the world,” Roy writes, “as the free market brazenly protects Western markets and forces developing countries to lift their trade barriers, the poor are getting poorer and the rich richer.” (emphasis added)

Imperial capitalism is especially potent because it has the American military acting as a vanguard, clearing the ground, opening the market, and safeguarding the relevant ministries for use by exploitive capital. Likewise it has commandeered global lending and trade institutions to ensure its extractive objectives are embedded in every loan and free trade agreement it creates (The Sins of Empire: Unmasking American Imperialism, Kindle Direct Publishing, 2015, p. 32.)

An acquaintance goes on ad nauseum about how wonderfully enterprising the top 1%¹ are, that they honestly and rightly made their millions and billions. Of course this is drivel. To argue such presents as great ignorance about the nature of wealth and power throughout human history, no less today around the world. One wonders: just on what planet my acquaintance actually grew up!

“The king asked the fellow, “What is your idea, in infesting the sea?”  And the pirate answered, with uninhibited insolence, ‘”the same as yours, in infesting the earth!  But because I do it with a tiny craft, I’m called a pirate: because you have a mighty navy, you’re called an emperor[/President].” (St. Augustine, Concerning the City of God Against the Pagans, trans. Henry Bettenson, New York: Penguin Books, 1984, IV, 4, p. 139).”

The expansion of the Roman empire, which accusers were blaming Christ for having reversed, was not an automatic benefit to the human race; for “if justice has been abolished, what is empire but a fancy name for larceny?” — Augustine (The Illustrated Jesus Through the Centuries, Jaroslav Pelikan, 1997, p. 30.)

As Roman historian Tacitus wrote so long ago:

To plunder, butcher, steal, these things they misname empire; they make a desolation and call it peace[/democracy].

Or as novelist J.M. Coetzee writes in Waiting for the Barbarians (1980):

One thought alone preoccupies the submerged mind of Empire: how not to end, how not to die, how to prolong its era. By day it pursues its enemies. It is cunning and ruthless, it sends its bloodhounds everywhere. By night it feeds on images of disaster: the sack of cities, the rape of populations, pyramids of bones, acres of desolation (p. 133).

Or as American public intellectual Edward Said wrote in the Preface of Orientalism (1978):

American Empire has always and supremely been about “plundering, butchering, and stealing“, “the sack of cities, the rape of populations, pyramids of bones, acres of desolation“, leaving “destruction and misery and death” in its wake, and long since has been in voracious bid for worldwide domination, in order to extract maximum wealth from all peoples and the Planet. Ched Myers and Matthew Colwell write:

Under capitalism, justice is reduced to its commutative form. That is, justice is a matter of rendering what is due in accord with the provisions of contracts freely entered into. There is, as [F. A.] Hayek insists, no such thing as social justice, by which he means any kind of moral norm that should guide the distribution of resources in a society beyond the commutative justice of market exchanges. Or, as another economist has it more directly, “an unfettered market system shows no mercy” [source for quote in quotation marks is here, p. 27]. (Our God is Undocumented: Biblical Faith and Immigrant Justice, Maryknoll: New York: Orbis, 2012, p. 174.)

Just before the quotations marked quote, we also read:

The market cares not for fairness, but only for efficiency. Those who play the economic game to the hilt and succeed become fabulously wealthy. Those who cannot play may starve. In its relentless drive to squeeze all it can out of society’s scarce resources, the free market takes no prisoners. In the process it generates great inequalities (ibid, p. 27; emphasis added).”

My “informed” (on another planet) friend will have none of this. Those who do not play the economic game to the hilt are “lazy, stupid, ignorant”, etc., and clearly entirely to blame for their “starving”. It helps, of course, that my acquaintance was born into a white middle-class home and society, for him bereft of any of the brutal baggage of massive slaughter of his forebears over centuries of horrific savagery (see here, here and here); nor is he descendant of the brutal horror story of slavery over many generations; then victim of generations more of oppressive Jim Crow laws; then oppressed over the generations by vast societal xenophobia, prejudice and hatred. No, the victims of the legacy of this gargantuan evil should just get over it. And those damned liberal whites should stop wringing their hands over past abuses, and urge those ne’er-do-wells to pull up their socks and join the free market savagery (system – which Dorothy Day used to call “That dirty rotten system”…)!

One can consider what made America “great” in the first place. That story is meticulously and painstakingly

recounted in this book, cover and author image adjacent. It is American bully capitalism as its economic system initially developed and produced massive wealth, all on the backs of those who have been largely – and brutally – denied access to that wealth ever since.

Welcome to the world of ruthless American Empire.
___________________
¹ However, this article presents a new publication, Dream Horders, that includes also the top 20% in the problematic of rapacious Empire economics.

excerpts from article highlighted in title and below:

Many Americans are naturally indignant—how dare those nasty Russians tamper with the sanctity of our free elections!—and express injured innocence. Congress has launched high-minded investigations.

But American self-righteousness is misplaced. This malignant technology disrupting the global industrial system was pioneered in the USA, by our very own government. The broad public (myself included) didn’t realize this, because with rare exceptions like The New York Times, the mass media do not discuss the true origins of this disease. It’s easier to blame disruptions on familiar bad guys.

In this matter, however, the notorious US spy agencies—the NSA and CIA—are in the role of Dr. Frankenstein. They invented this monster, but then they lost control over it. Their first intended target was Iran and its nuclear ambitions. But now every unprotected Microsoft computer in the world is theoretically vulnerable to manipulated shut down if it doesn’t get corrective action.

“The US has certainly done the same thing to other countries,” Greenberg said. “It probably has tried to lay the groundwork for attacking the Russian grid as well.… To be clear, you know, the US was the first country to develop a real cyberweapon. This piece of malware called Stuxnet was designed and effectively did destroy nuclear enrichment centrifuges in Iran.”

Americans, it seems, still want to have it both ways. We are the peacekeeper that upholds the world’s higher values, but we are also the self-interested tough guy willing to bully others. But our overwhelming military power doesn’t help much in these new circumstances. The wondrous technology has created a new kind of libertarian anarchy, in which the pirates have power and are destroying equity and amity. That dangerous condition cannot endure.

Like Loading...
about Empire and capitalism, Cyber attacks, horror story of capitalism, made in the U.S.A., my long introductory essay